Syfy Casts Their 'Lobo' For The Second Season Of 'Krypton' 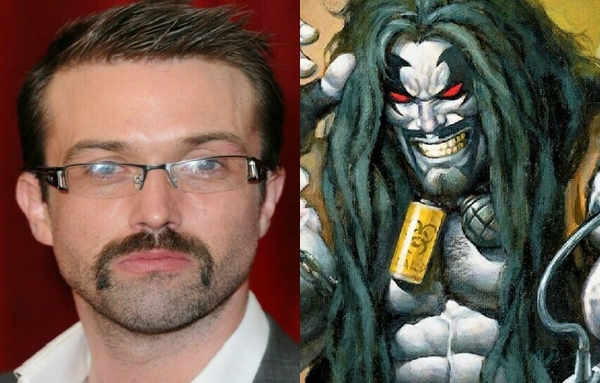 Actor Emmett J. Scanlan, who is credited in Marvel's 'Guardians of the Galaxy' has been tapped to take on the DC Comics villain, Lobo in a recurring role for the second season of the Superman prequel drama, Krypton.

Lobo, the ruthless bounty hunter who murdered his entire species has a genius-level intellect when it comes to matters of warfare and is a deadly adversary. He has superhuman strength and is virtually immortal. Lobo's word is the only thing he hold sacred and although he'll never violate the letter of an agreement, he might disregard its spirit from time to time.

The second season, which doesn't have a return date determined will expand beyond Kandor to other planets as Doomsday is unleashed. The Superman prequel will also delve into the origins of Brainiac and get a better sense of the true threat the character poses.

^ Considering the rest of the casting of the series, I think he fitsright in... But, with that being said, Im sure lighting and camera angles will serve to emphasize whatever bulk and other material facets come into play, inmakinghim a resounding character. At least, thats the hope, going into season 2.

Soapparentlyhe will look like this. Wish he was bigger, but it's not bad really.

Have to see him in action to really get an idea if it works or not. With the picture, all I see is a dedicated coaplayer. That said, I look forward to the upcoming storylines. The idea of seeing Doosday in action as The Ultimate is a nice touch.

Soapparentlyhe will look like this. Wish he was bigger, but it's not bad really.

Right now it is hard to see, but I haven't checked this show yet and now I got more interested. Let's see when they release some footage of him in make up and everything.

Is it the "on my command!" guy from the Kyln in GotG?

I have absolutely zero familiarity with his work... But, Im damn glad that theyre finally delivering on the promise of Lobo being brought into the series. Krypton is a badass and engrossingseries. Im very much looking forward to season two!