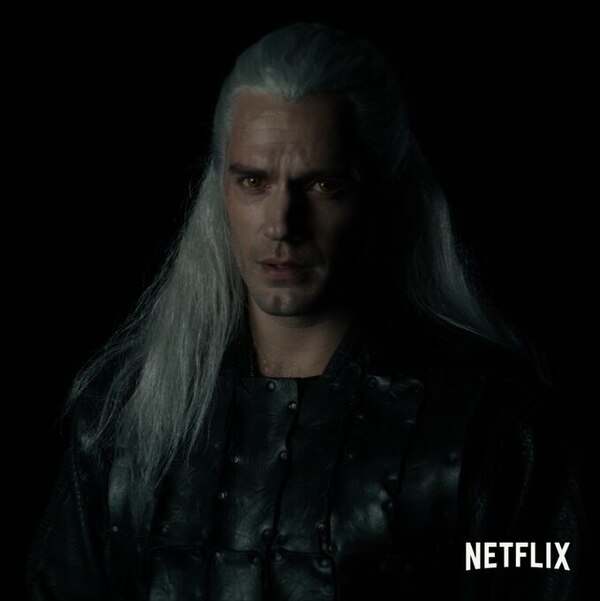 Netflix has released an image and behind the scenes video of Henry Cavill as The Witcher‘s Geralt of Rivia.

Based on the best-selling fantasy series, The Witcher promises “an epic tale of fate and family” as Geralt of Rivia, a solitary monster hunter, struggles to find his place in a world where people often prove more wicked than beasts. But when destiny hurtles him toward a powerful sorceress, and a young princess with a dangerous secret, the three must learn to navigate the increasingly volatile Continent together.

Get your first look at Henry Cavill in The Witcher! pic.twitter.com/1O2eWS1MkP

The memes on this announcement have been hilarious.

Hey guys this is just a test footage. Netflix wouldl not cast Cavill do make a crappy show.

I know he looks like an younger version of this

But give it a chance. haha

This is, interesting, I suppose... I cant really see beyond its being Henry Cavill, though. Which may wind up problematic, if I try to sit down and watch this.

Im not digging the look. I know its supposed to take place earlier than than the games but the hair just looks like a wig and he doesnt have the cat slit eyes like hes supposed to. Those are looks that are iconic to Geralt and without that, it doesnt feel like the character and more like a cosplay of him. I dont expect it to be exactly but most peoples vision of the character is from the games, so youd think theyd go as close to that depiction overall.

I was hoping they'd make it into a movie series, but I'll be happy with a show if they can do it with a Game of Thrones budget, or at least make the show look good. I think Cavill is a good fit for the role, but I think they have to do something about that wig. It looks very wig-like. Maybe this is just the prototype wig test fitting and it will look better in the show. I'm looking forward to it regardless.Fun fact about Henry Cavill is that he enjoys reading fantasy and when he was filming MOS he was reading the Wheel of Time series.

So he will be an younger version of Gealt. I never actually played the games, unfortunately. But I bet this show will be very nice.