Fox's Batman-prequel series "Gotham" returns January 3rd, 2019 for the fifth and final season, and the network has just released an official movie trailer and official poster.

GOTHAM is an origin story of the great DC Comics Super-Villains and vigilantes, revealing an entirely new chapter that has never been told. From executive producer and writer Bruno Heller and executive producers Danny Cannon and John Stephens, GOTHAM follows the rise of Det. James Gordon (Ben McKenzie) through a dangerously corrupt city teetering between good and evil, and chronicles the birth of one of the most popular super heroes of our time.

Beginning January 3rd, 2019, GOTHAM will air its fifth and final season, wrapping up this beloved series in a farewell event that will focus on Bruce Wayne's (David Mazouz) transformation into the caped crusader. GOTHAM is based upon DC characters and is produced by Warner Bros. Television. 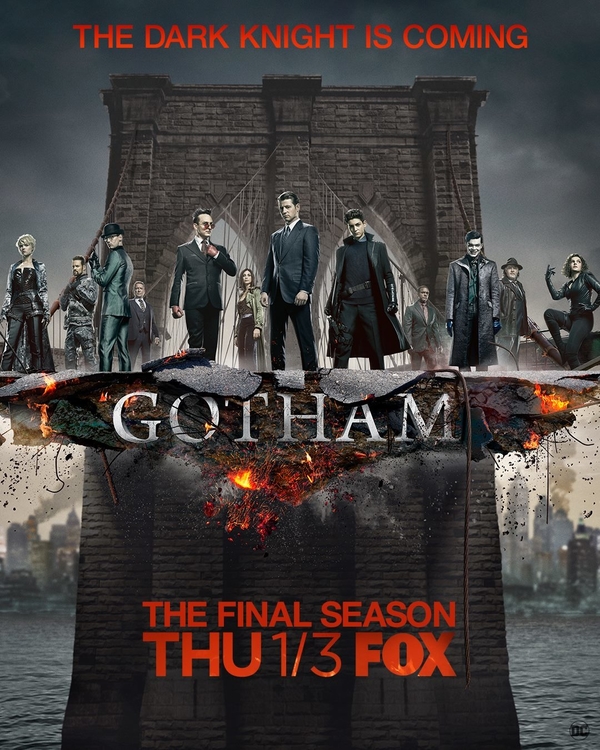 I hope it finishes a good note, I enjoyed the initial seasons, still have to catch up on with season 4. Not a fan of the young Wayne actor, so Im interested in seeing if his portrayal has changed any since I left off.