Warner Bros. Interactive Entertainment, NetherRealm Studios and IGN today unveiled a new Mortal Kombat™ 11 gameplay trailer featuring Johnny Cage. In the reveal trailer, Cage shows off his very own Johnny Cage figure so maybe this is a teaser figure to come from McFarlane Toys? Check out the image below... 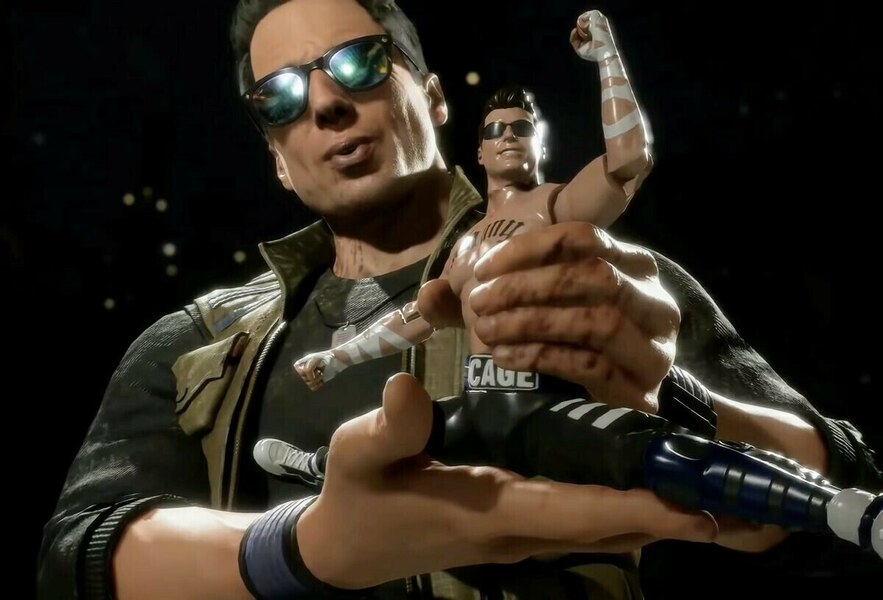 Thus far I have no interest in this game. I dont like the redesigns and until I hear otherwise, my favorite character, Shinnok, seems to not be in the game

This is my favorite character reveal trailer thus far. That fatality was the definition of Komedy.

His model really looks like JCVD and I kinda wish they got him to voice Cage.

The gameplay looks so nice and smooth ?

Master Pesina reveling this os is Facebook was very cool I wonder is his voice on the game. Probably not.

Not my favorite character in the series but he looks great and probably the best version of him by far. Definitely looking forward to trying him out.