Entertainment
by Outsiders
March 27, 2019
A brand-new international trailer and movie poster has been released for the highly-anticipated Pixar sequel "Toy Story 4." 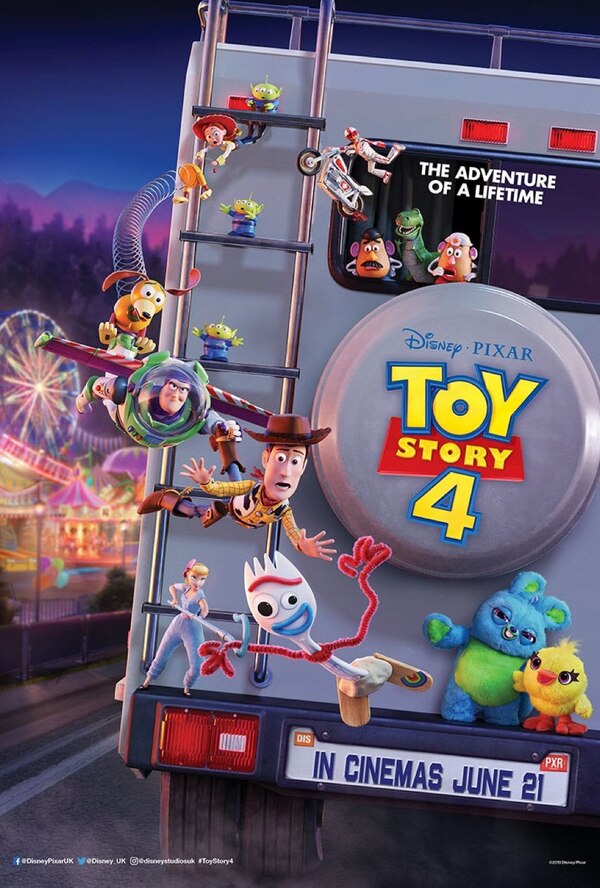 Woody has always been confident about his place in the world and that his priority is taking care of his kid, whether that's Andy or Bonnie. But when Bonnie adds a reluctant new toy called "Forky" to her room, a road trip adventure alongside old and new friends will show Woody how big the world can be for a toy.

I'd love to get some Toy Story figures that are accurate as possible to the movies, but that's probably a pipe dream. Getting Buzz to have all the action features and sounds and articulation he has in the movies is a engineering impossibility I'm pretty sure. The Medicom Ultimate Woody was pretty good, but his aesthetic is off because they added an interior skeleton to help him stand and his pull string didn't work.I like the Revoltech versions well enough, but those have sacrificed a lot of the movie accuracy in favor of articulation. I think I'll pick up the Beast Kingdom versions and see how they are.