Entertainment
by Outsiders
June 27, 2019
Pulitzer Prize-winning author Michael Chabon has been named Showrunner of the upcoming STAR TREK: PICARD series. Chabon is working closely on the day-to-day production of the series with Academy Award winner and veteran "Star Trek" writer and producer Akiva Goldsman, and Alex Kurtzman, who continues to oversee the expansion of the growing "Star Trek" universe for CBS Studios.

"Daring, lyrical, humane, whimsical, celebrated: words that describe both Jean-Luc Picard and the literary genius of Michael Chabon," said Alex Kurtzman. "Despite a laundry list of accomplishments most writers only dream of, Michael shines with the heart and soul of a Trekkie who's finally found his dream job. We're so fortunate to have him at the helm as we explore this next chapter in the great captain's life."

"'Star Trek' has been an important part of my way of thinking about the world, the future, human nature, storytelling and myself since I was ten years old," said Michael Chabon. "I come to work every day in a state of joy and awe at having been entrusted with the character and the world of Jean-Luc Picard, with this vibrant strand of the rich, intricate and complex tapestry that is 'Trek.'"

STAR TREK: PICARD will air exclusively on CBS All Access in the United States and will be distributed concurrently internationally by CBS Studios International on Amazon Prime Video in more than 200 countries and territories and in Canada on Bell Media's cable networks, Space and Z, and OTT service Crave.

STAR TREK: PICARD features Sir Patrick Stewart reprising his iconic role as Jean-Luc Picard, which he played for seven seasons on "Star Trek: The Next Generation." The new series will follow this iconic character into the next chapter of his life. 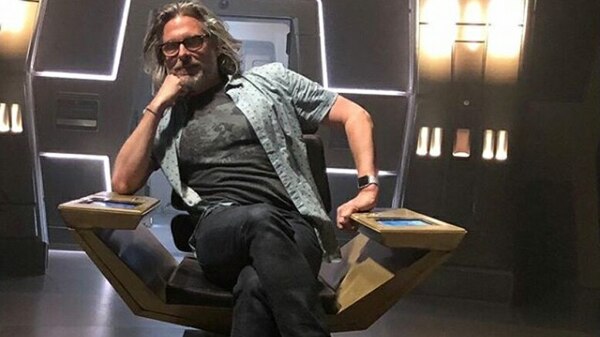 Yeah, that's not something that inspires confidence, is it? I will say, I'm still a little bit more hopeful with this guy as showrunner than I would be with Kurtzman or Goldsman, but only a little.

Not sure what this guy has done before but Im still exited for this.