Entertainment
by Outsiders
June 28, 2019
AMC has released the season four key artwork and a teaser in anticipation of the fourth and final season of "Preacher," premiering Sunday, August 4 at 9pm ET.

"Preacher" stars Dominic Cooper, Academy Award(R) nominee Ruth Negga and Joseph Gilgun, along with series regulars Ian Colletti, Graham McTavish, Pip Torrens, Julie Ann Emery, Noah Taylor, Mark Harelik and Tyson Ritter. As the series inches closer to the finale, God's endgame for the universe begins to click into place. Trapped between heavenly prophecies, hellish prisons, and all-out nuclear war, Jesse, Tulip, and Cassidy make their bloody way to the Most High. Whether they can reach God in time - or whether all this carnage is part of His divine plan - will soon be revealed as "Preacher" barrels towards the end of the world. 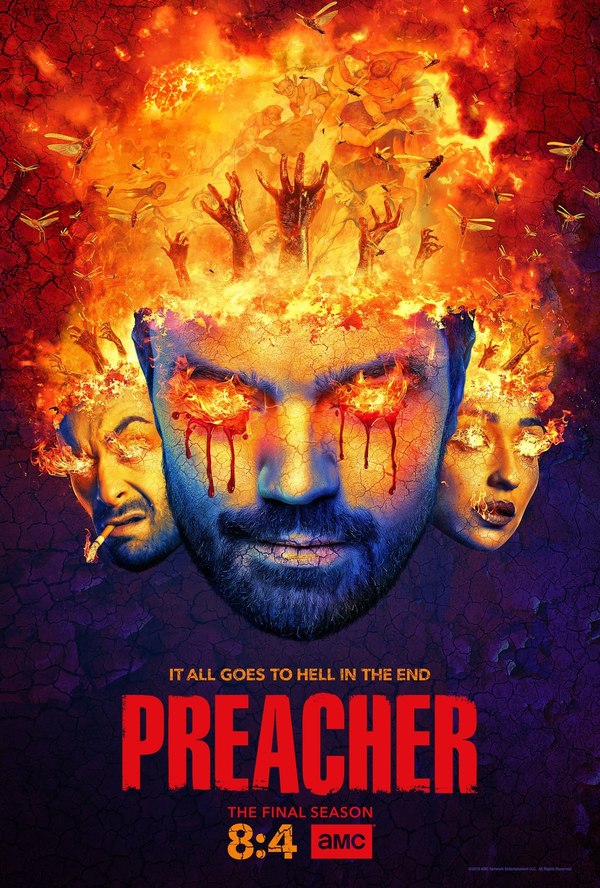 And I could never really get into the show. Loved the comic.

This show is surprisingly good. I never really got into the comic.

I think I stopped watching this show, but now I cant remember why. Anywho it probably started getting weird and psychedelic like that new show Legion. I tried to watch it but it felt like trying to follow a foreign movie. Of course I never was a big fan of the devil either.