Entertainment
by Outsiders
August 01, 2019
The third season of DreamWorks Animation She-Ra and The Princesses of Power premieres tomorrow, August 2nd, exclusively on Netflix! This season Oscar-winner Geena Davis joins the celebrated cast as a tough fighter named "Huntara," the imposing de facto leader of the Crimson Waste who reluctantly helps Adora, Glimmer and Bow on a quest. Check out the clip featuring Geena Davis as "Huntara" below.

The Princess of Crimson Waste

Looks like the Best Friend Squad isn't in Etheria anymore. Journey through the Crimson Waste with Huntara as your guide.

Season 3 finds Adora learning that many things in her past are not what they seem, leading her to embark on a journey of discovery to the desolate Crimson Waste where she meets Huntara. Punished by Hordak for Shadow Weaver's escape, Catra and Scorpia also find themselves sent to this land of cutthroats and criminals on a mission to aid Hordak and Entrapta's master plan. Feeling pushed aside, Catra will stop at nothing to bring Adora and the Princess Alliance down as the fate of Etheria hangs in the balance.

Strongest in the Crimson Waste

Adora just made a major discovery about her true identity... 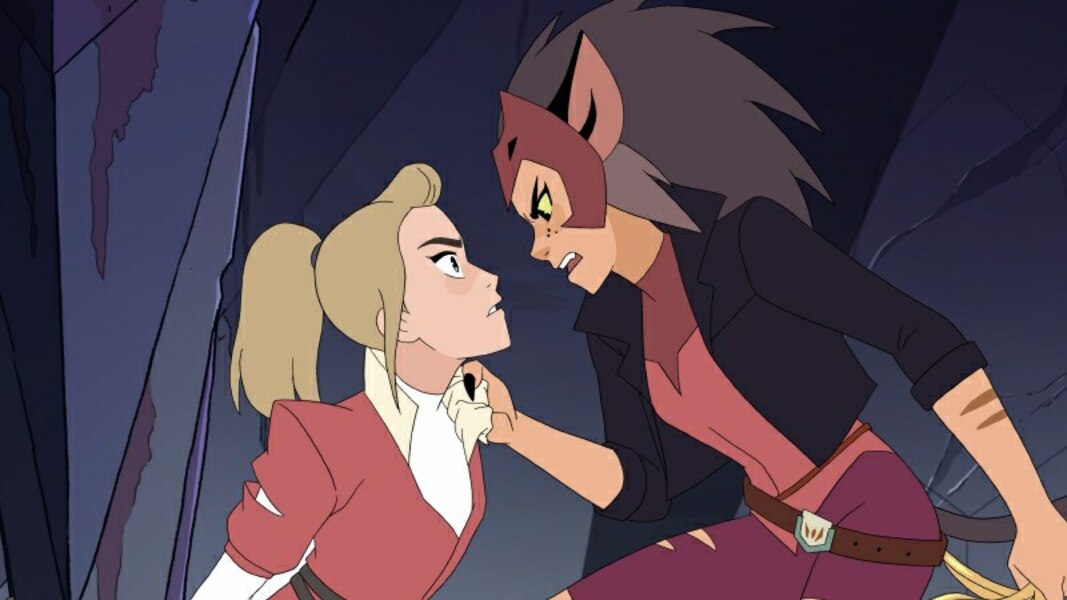 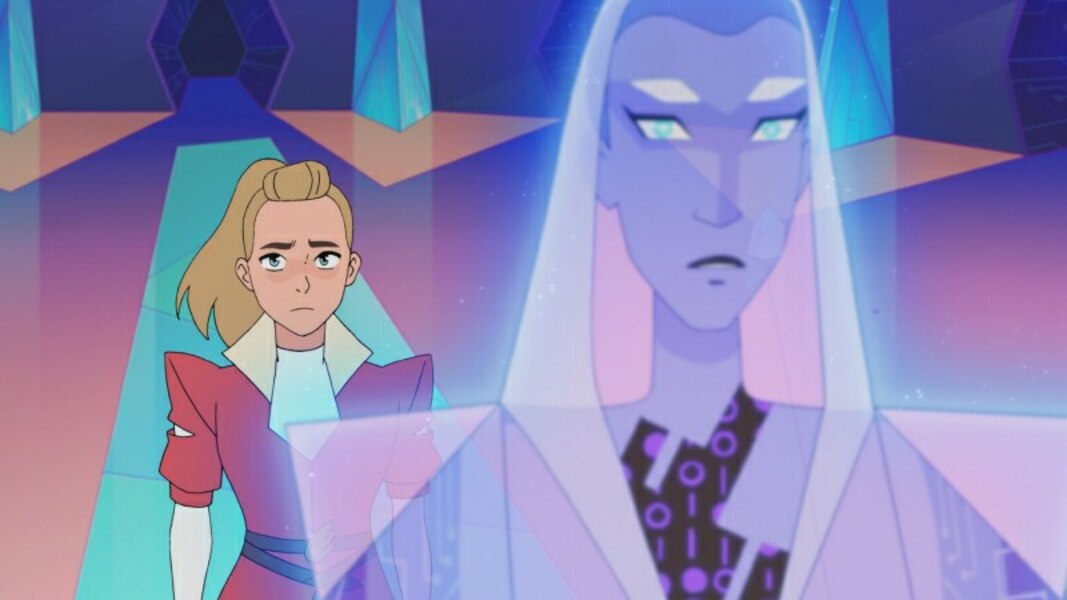 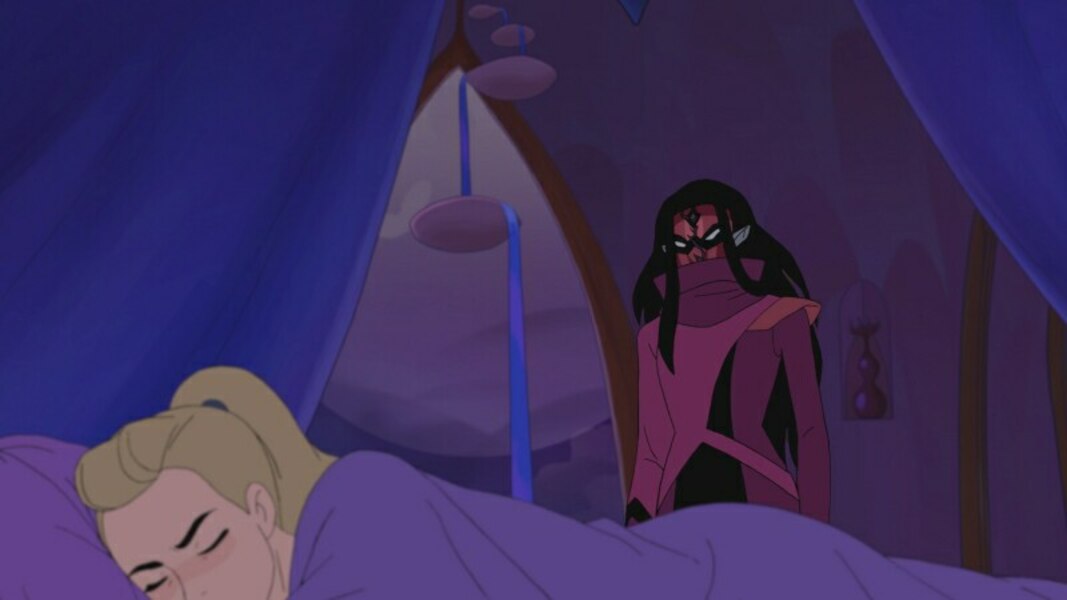 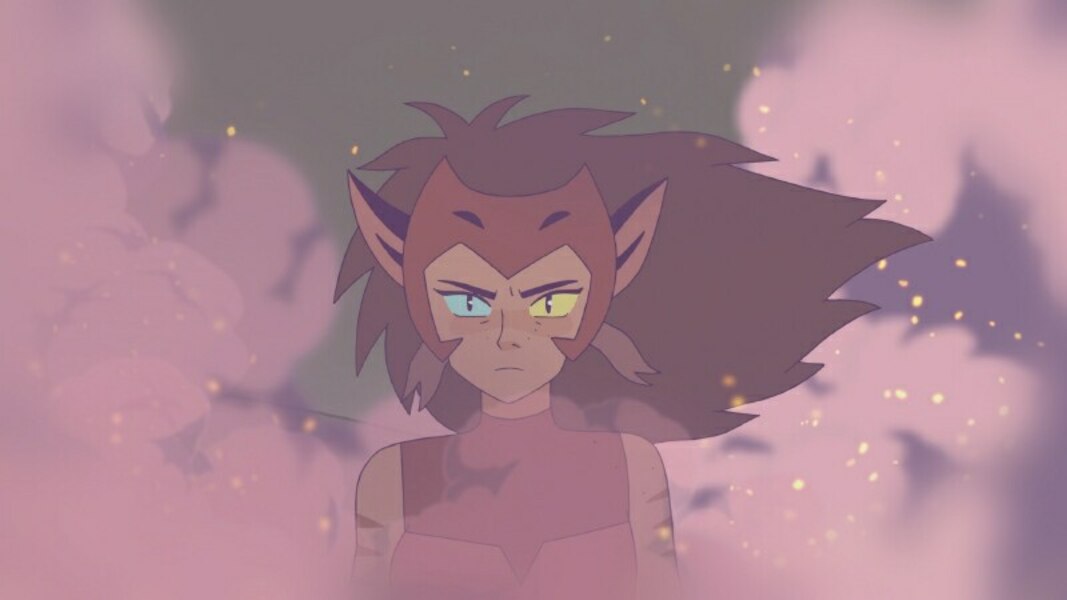 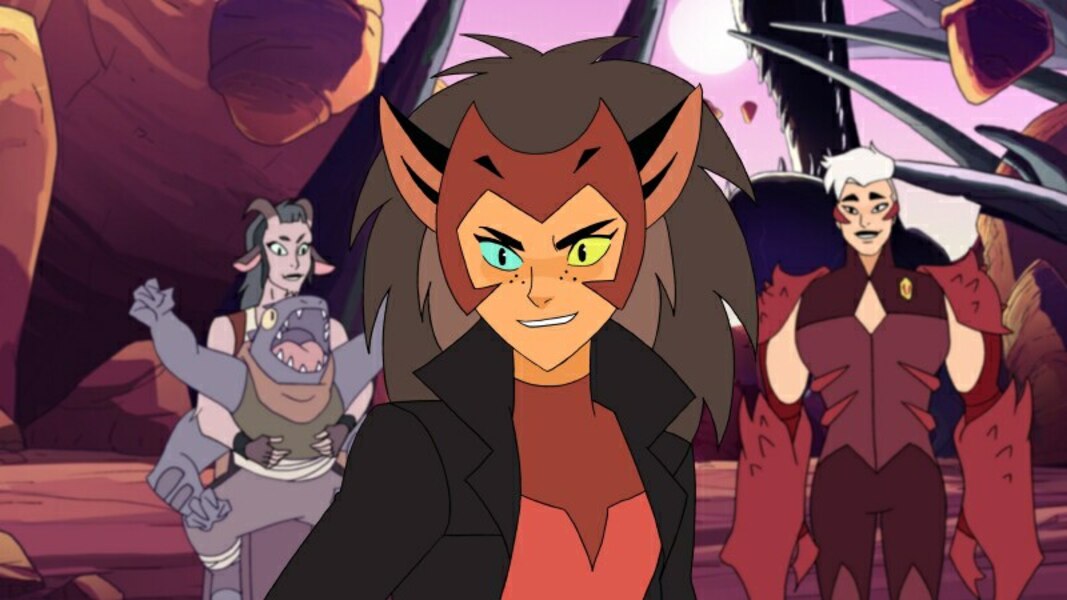 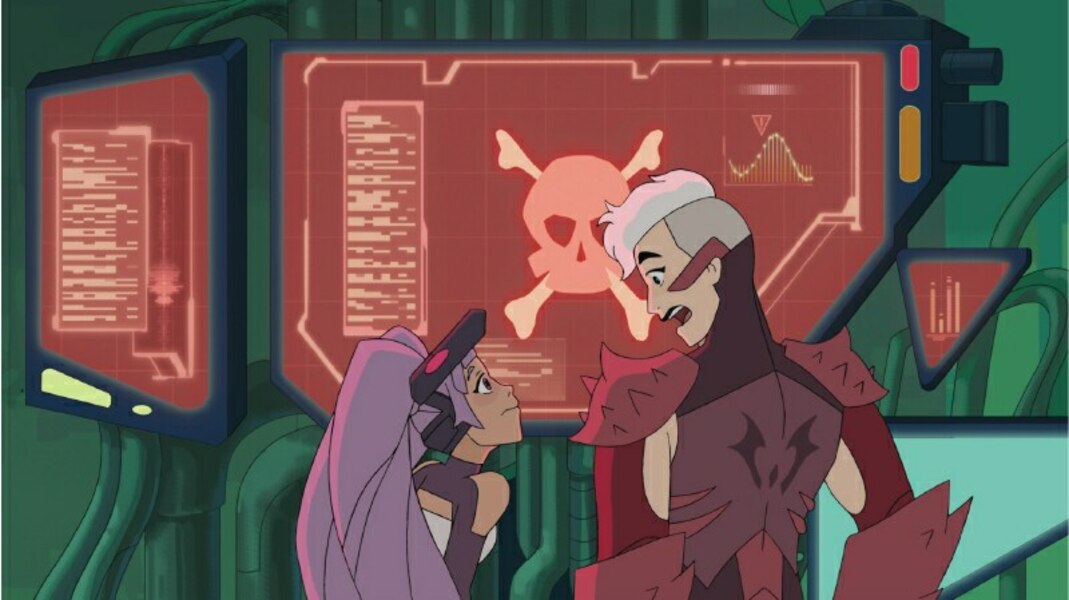 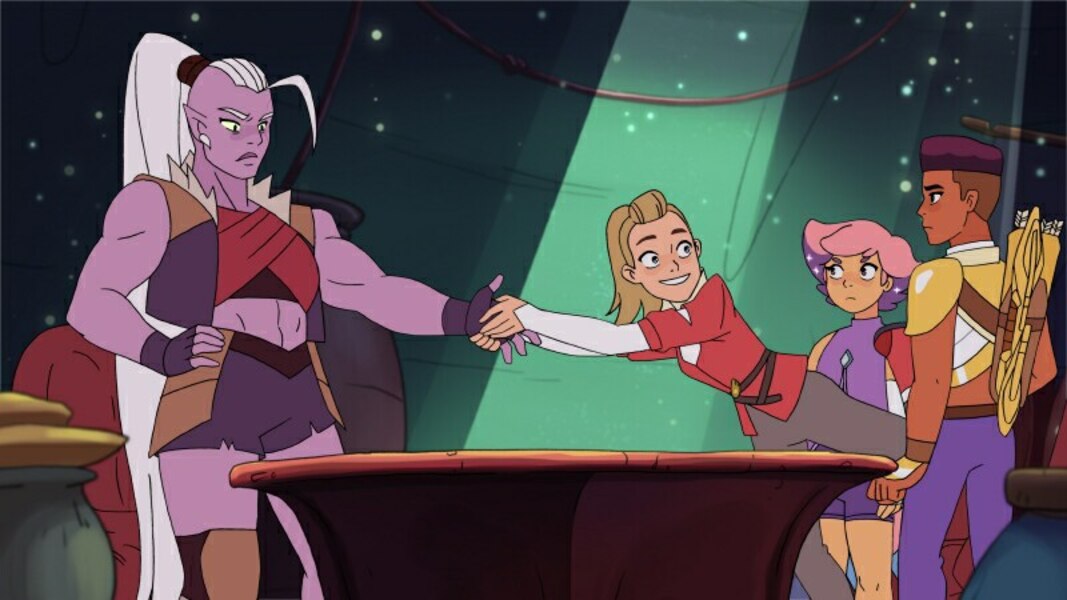 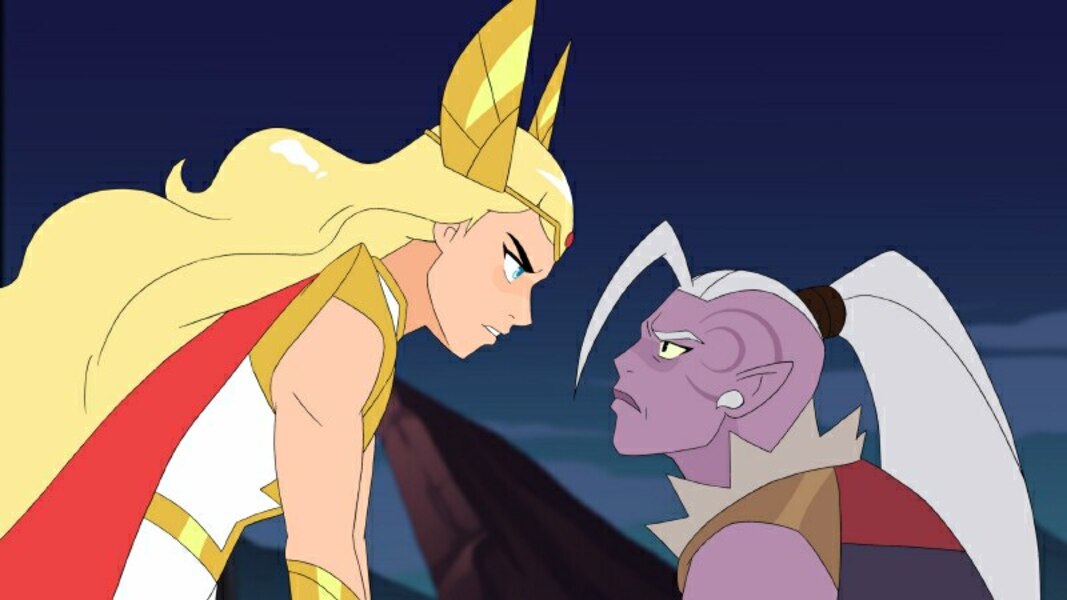 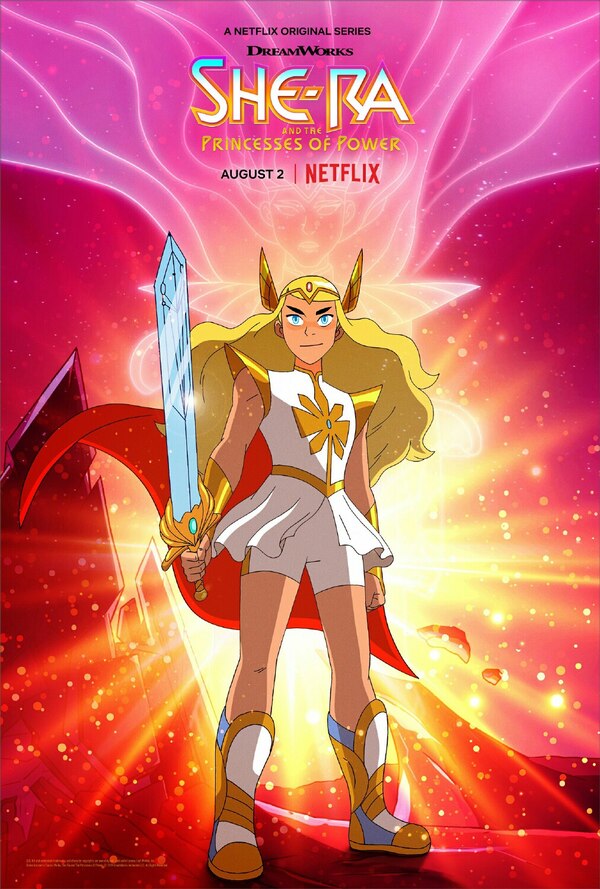 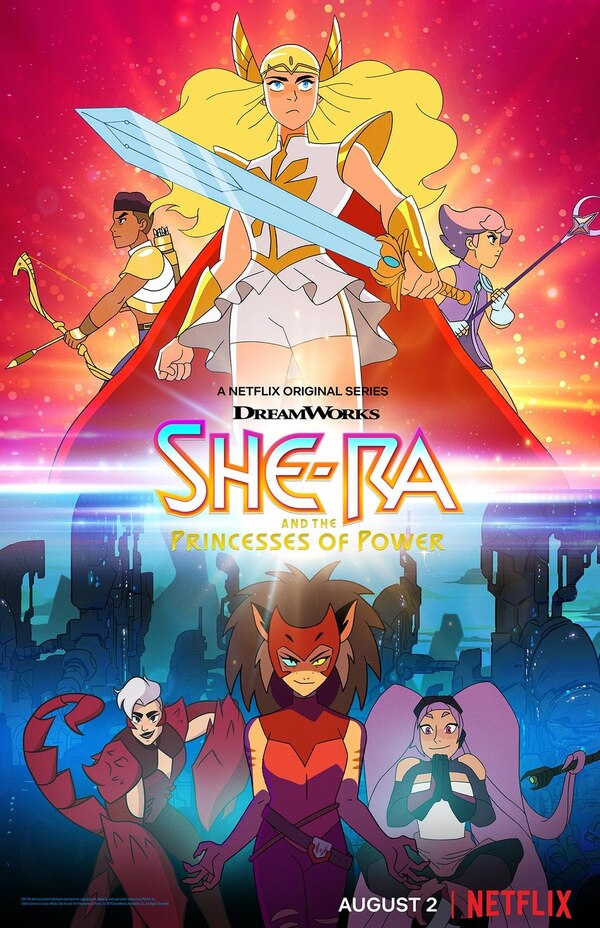 I'm actually very curious to see how that will work in the long run.

I'm guessing WB figured they could get more people to sign up to the DC streaming service if they had all their content there instead of multiple streaming platforms.

Of course. But now they're soon to have two streaming platforms (for a little while, anyway), and will have new content on Netflix.

They're apparently still getting Sandman, possibly because that deal was in the works a while, but at least with WB, it's been the studio who's been pulling its content and not renewing contracts with Netflix.

I'm guessing WB figured they could get more people to sign up to the DC streaming service if they had all their content there instead of multiple streaming platforms.

They're apparently still getting Sandman, possibly because that deal was in the works a while, but at least with WB, it's been the studio who's been pulling its content and not renewing contracts with Netflix.

A few years back I would have bet money that Netflix would have jumped in on getting Swamp Thing but they seem to be cleaning house with properties that are not their own and might be seen as competition and moving to more independent content comics wise.

Got more seasons than swamp thing.

If only Netflix had Swamp Thing, too.

Got more seasons than swamp thing.

Search Online Stores for She-Ra And The Princ