Wednesday nights are going to get explosive as All Elite Wrestling (AEW) and TNT reveal the name and first official poster of their upcoming weekly show: All Elite Wrestling: Dynamite. As previously announced, starting Wednesday, October 2, AEW will begin airing live two-hour weekly matches on TNT at 8 p.m. ET. The highly-anticipated, action-packed matches will take place in different cities across the nation each week on Wednesdays, starting in Washington, D.C., at the famed Capital One Arena. Future matches announced so far will be held in Boston, MA, Philadelphia, PA, Pittsburgh PA, Charleston, WV, Charlotte NC, Nashville, TN, Indianapolis, IN and Chicago, IL. 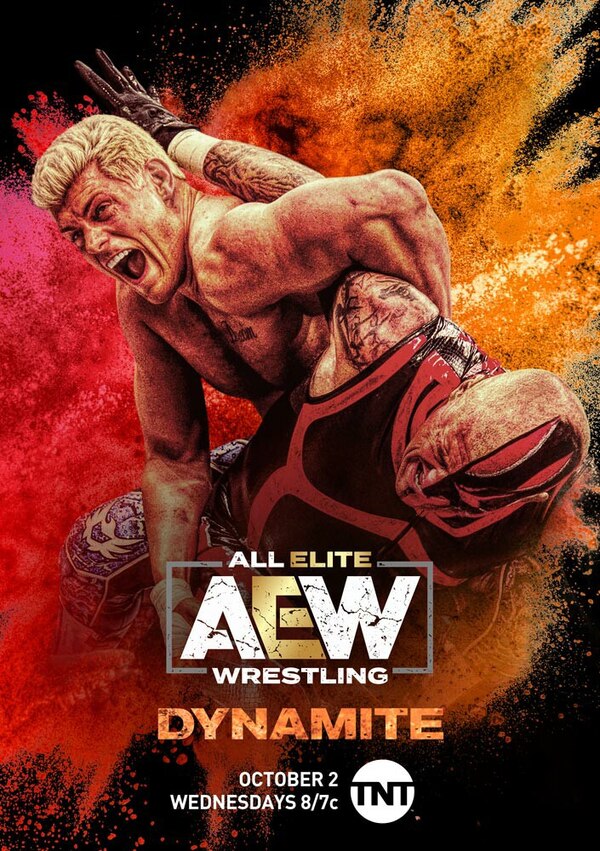 As a massive pro wrestling fan I am beyond excited. Many wrestling fans have felt uninterested or dissatisfied in many of the wrestling shows today, so now that some friendly competition is around the corner, this can only be a win for everyone. More money in their pockets, more options for us to watch, new storylines and opportunities for new up and coming talent. From the few PPV shows that I have seen so far of AEW, I was left reinvigorated with watching pro wrestling again after watching the shows. I will be tuning in every Wednesday night live!?