Entertainment
by Outsiders
June 26, 2020
Netflix, CD Projekt Red, and Studio Trigger announce an all new original anime series CYBERPUNK: EDGERUNNERS set in the same universe as the upcoming game, Cyberpunk 2077. The series will premiere in 2022.

CYBERPUNK: EDGERUNNERS tells a standalone, 10-episode story about a street kid trying to survive in a technology and body modification-obsessed city of the future. Having everything to lose, he chooses to stay alive by becoming an edgerunner - a mercenary outlaw also known as a cyberpunk.

CD PROJEKT RED, the company behind the Cyberpunk 2077 video game, is producing the series, with a creative team formed of talent from The Witcher 3: Wild Hunt, and Cyberpunk 2077. The team at CD PROJEKT RED has been working on this new series since 2018.

"We are so excited to finally reveal that we are working on an anime in the Cyberpunk world," said Adam Badowski, Cyberpunk 2077 Game Director and CD PROJEKT RED Head of Studio. "We've devoured just about all the cyberpunk fiction there is to watch, read, and play; it's a genre that leaves so much room for creativity, and has had such a strong influence on us. CYBERPUNK: EDGERUNNERS is our love letter to cyberpunk as a whole, and to stories told in animated form."

"We at TRIGGER are thrilled to work with CD PROJEKT RED to create a brand-new story set in the world of the highly anticipated Cyberpunk 2077. It's a huge challenge to adapt this universe into an anime, but we are eager to face it head-on," said Masahiko Otsuka, CEO, Studio TRIGGER. Director Hiroyuki Imaishi adds, "I've always loved cyberpunk as a genre, but always found it difficult to create as an original work. This is why I'm very excited to be working with CD PROJEKT RED on this project. It won't be easy to please both game and anime fans, but I love a challenge, and I'm looking forward to the production. We'll do our best to meet and exceed expectations." 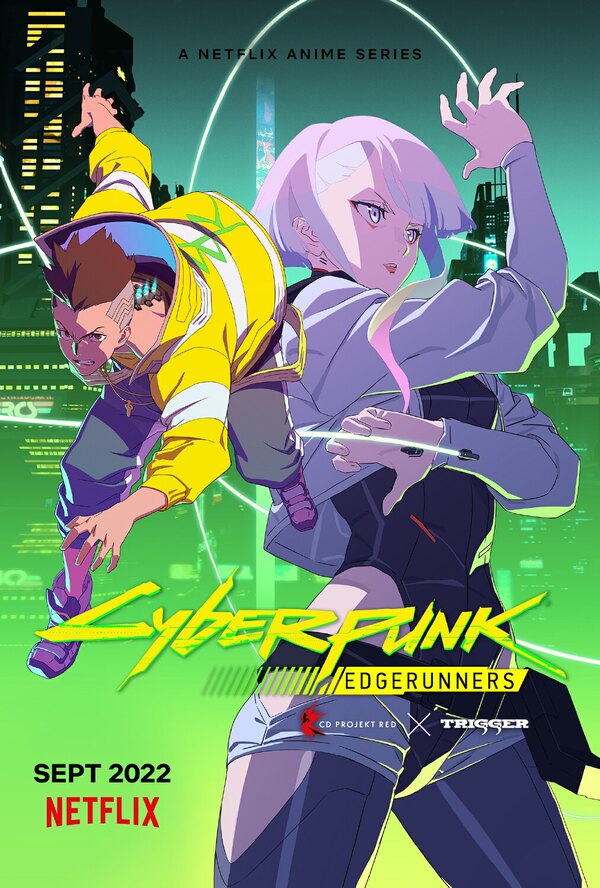 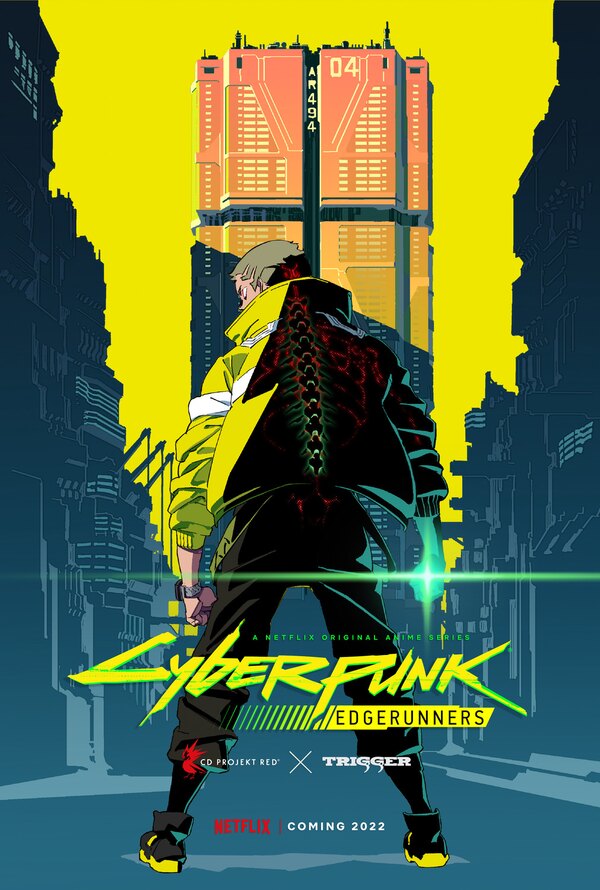 Cyberpunk: Edgerunners, a 10-episode original anime by CDPR and Studio Trigger, debuts only on Netflix this September.

This trailer focuses on introducing our new Edgerunners Crew, namely:

Netflix has released a teaser, behind-the-scenes clip, and new poster announcing the release date of September 2022 for Netflixs anticipated anime series Cyberpunk: Edgerunners based on the Cyberpunk 2077 video game.

Cyberpunk: Edgerunners tells a standalone, 10-episode story about a street kid trying to survive in a technology- and body-modification-obsessed city of the future. Having everything to lose, he chooses to stay alive by becoming an edge runner a mercenary outlaw also known as cyberpunk.

Cyberpunk 2077 is an action role-playing video game developed and published by CD Projekt starring Keanu Reeves. The story is set in Night City, an open world set in the Cyberpunk universe. Players assume the first-person perspective of a customizable mercenary known as V, who can acquire skills in hacking and machinery with options for melee and ranged combat. The story follows Vs struggle as he deals with a mysterious cybernetic implant that threatens to overwrite his body with the personality and memories of a deceased celebrity only perceived by V; the two must work together if there is any hope to separate the two and save Vs life. Reeves plays Johnny Silverhand, a cyborg celebrity who accompanies V throughout his journey.

This has potential to be realllllly good. I hope it comes out awesome.