Shudder released a trailer and promotional poster for A Creepshow Animated Special, premiering exclusively on the horror streaming service in all its territories, as well as via the Shudder offering within the AMC+ bundle, beginning Thursday, October 29 shortly after 12:01 am ET/9:01 pm PT.

"Survivor Type," based on the short story by Stephen King and adapted by Nicotero, stars Kiefer Sutherland (24, Designated Survivor) as a man determined to stay alive alone on a deserted island no matter what the cost.

"Twittering from the Circus of the Dead," based on the short story by Joe Hill and adapted by Melanie Dale, stars Joey King (The Kissing Booth, The Act) as a teen whose family road trip includes a visit to the gravest show on earth.

A Creepshow Animated Special is produced by the Cartel with Monster Agency Productions, Octopie, Taurus Entertainment, and Striker Entertainment.
Image 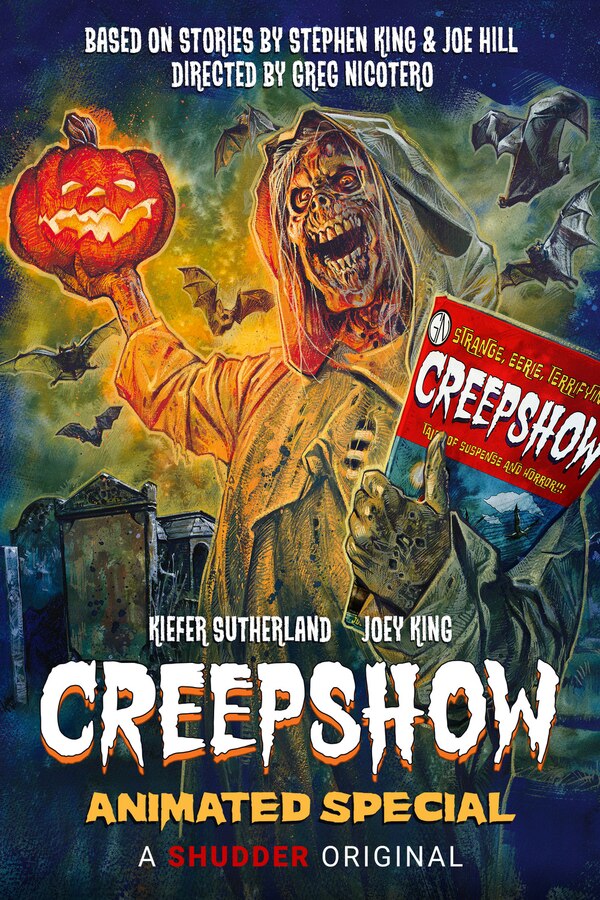