Entertainment
by Outsiders
October 23, 2020
Get ready to embrace the strange. DC’s favorite misfit heroes are back to save the world once again with the release of “Doom Patrol: The Complete Second Season” on Blu-ray and DVD on January 26, 2021 from Warner Bros. Home Entertainment. Strap yourself in for an exhilarating ride with all 9 episodes from the second season of the original DC series, plus enjoy the captivating extra features including two behind-the-scenes featurettes. “Doom Patrol: The Complete Second Season” is priced to own at $29.98 SRP for the DVD ($39.99 in Canada) and $39.99 SRP for the Blu-ray ($44.98 in Canada), which includes a Digital Copy (U.S. only).

DC's strangest group of Super Heroes are back again to save the world – that is if they can find a way to grow up…both figuratively and literally. Following the defeat of Mr. Nobody, the DOOM PATROL now find themselves mini-sized and stranded on Cliff's toy race car track. Here they begin to deal with their feelings of betrayal with Niles Caulder aka The Chief, while confronting their own personal baggage. As each Super Hero faces the challenge of moving beyond trauma and failure, they must come together to protect the newest family member, Niles’ daughter, whose powers remain a mysterious but real threat to bringing on the end of the world.

“The critically acclaimed series received a 96% certified “fresh rating” on RottenTomatoes.com – and continues to soar with ratings,” said Rosemary Markson, WBHEG Senior Vice President, TV Marketing. “Join in on the world’s weirdest phenomena with these unique DC Super Heroes – and get ready to binge watch the second season of their fascinating story on Blu-ray & DVD!”

With Blu-ray’s unsurpassed picture and sound, “Doom Patrol: The Complete Second Season” will be released in 1080p Full HD Video with DTS-HD Master Audio for English 5.1. The 2-disc Blu-ray will feature a high-definition Blu-ray and a Digital Copy of all 9 episodes from season two (available in the U.S.). 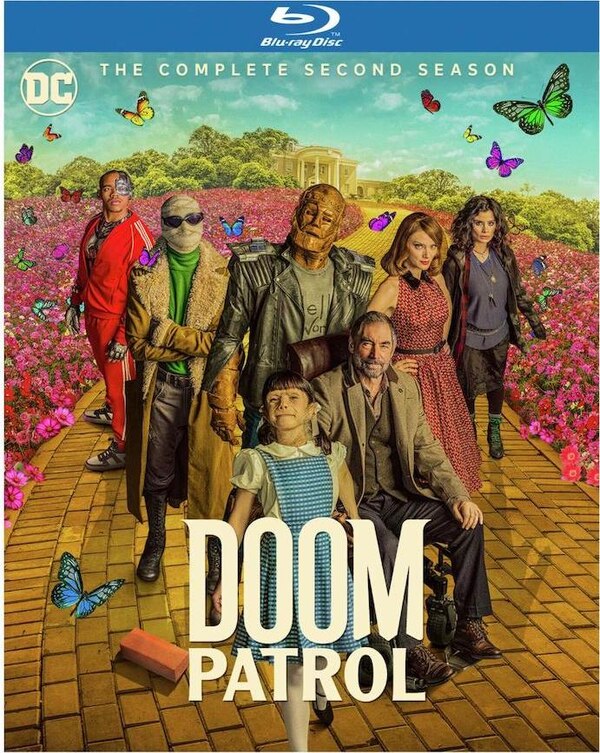