The Flash speeds into the middle of an epic battle between Golden Age DC Super Heroes and Nazis in Justice Society: World War II, the next entry in the popular series of the DC Universe Movies. Produced by Warner Bros. Animation, DC and Warner Bros. Home Entertainment, the feature-length animated film will be released on Digital starting April 27, 2021, and on 4K Ultra HD Blu-ray Combo Pack and Blu-ray on May 11, 2021. The film is rated PG-13 for violence and some bloody images.

Justice Society: World War II finds modern-day Barry Allen ¢ prior to the formation of the Justice League ¢ discovering he can run even faster than he imagined, and that milestone results in his first encounter with the Speed Force. The Flash is promptly launched into the midst of a raging battle ¢ primarily between Nazis and a team of Golden Age DC Super Heroes known as The Justice Society of America. Led by Wonder Woman, the group includes Hourman, Black Canary, Hawkman, Steve Trevor and the Golden Age Flash, Jay Garrick. The Flash quickly volunteers to assist his fellow heroes in tipping the scales of war in their favor, while the team tries to figure out how to send him home. But it wonÆt be easy as complications and emotions run deep in this time-skipping World War II thriller.

4K Ultra HD Blu-ray Combo Pack, Blu-ray and Digital
Ā
DC Showcase ¢ Kamandi: The Last Boy on Earth! (New Animated Short)Ā¢ Jack KirbyÆs beloved DC comic creation features the last civilized teenage boy on a post-apocalyptic Earth ruled by talking animals. In this short, Kamandi and his friends Prince Tuftan of the Tiger Kingdom and humanoid mutant Ben Boxer are kidnapped by a gorilla cult dedicated to finding the reincarnation of their god, The Mighty One. Golgan, the cultÆs leader, puts KamandiÆs team through a series of deadly tests to find if any of them know the secret of ģ The Mighty One.

DIGITAL DISTRIBUTION ELEMENTS
On April 27, 2021, Justice Society: World War II will be available to own in high definition and standard definition from select digital retailers including Amazon, the Apple TV app, FandangoNOW, PlayStation, Vudu, Xbox and others. On May 11, 2021, Justice Society: World War II will be made available digitally on Video On Demand services from cable and satellite providers, and on select gaming consoles. 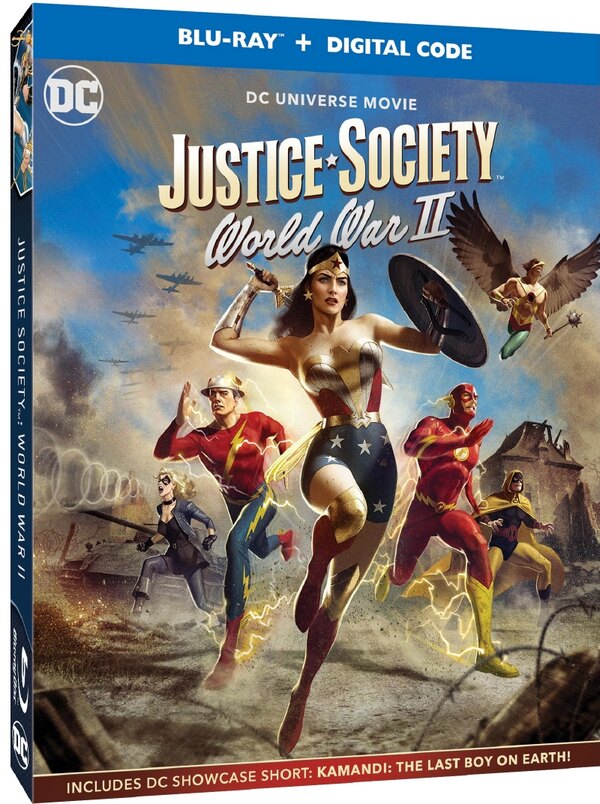 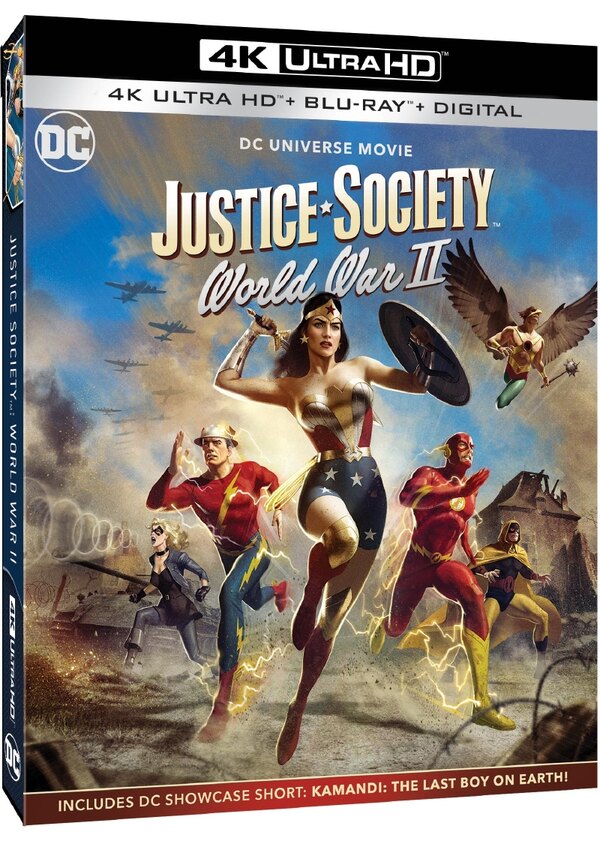 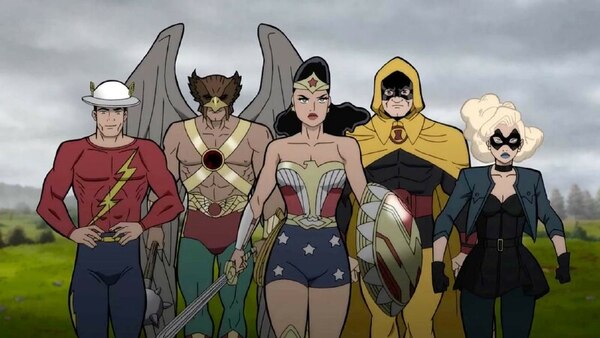 Finally, the JSA on film! I always thought that DC will best showcase its talents in storytelling and CGI effects if it digs deep into its roots. JSA is the best way to start it off. Hope we can get these characters in action figure forms. What do you think, Todd #mcfarlanetoys?

Is this the same boring trailer?Edit: Yep. I must say, I'm really impressed that the cast was able to record their lines while they were clearly all sound asleep.

Nice, can't wait to see this one. I thought Black Canary was a more recent hero. Like around the 70's with Green Arrow.