Entertainment
by Outsiders
May 24, 2021
The CW announced today that they are moving Naomi to series, but the Black Lightning spinoff Painkiller is not.

The Naomi series follows a teenage girl’s journey from her small northwestern town to the heights of the Multiverse. When a supernatural event shakes her hometown to the core, Naomi sets out to uncover its origins, and what she discovers will challenge everything we believe about our heroes.

Based on the eponymous comic book series that debuted in 2019, co-written by Brian Michael Bendis and David F. Walker and illustrated by breakout artist Jamal Campbell, Naomi is produced by DuVernay’s Array Filmworks in association with Warner Bros Television, with Sarah Bremner and Paul Garnes also set as executive producers.

Black Lightning‘s Jordan Calloway also broke the news to his fans that his Painkiller spinoff will not be moving forward at The CW.

“Painkiller will not be going forward, so let’s rip that band-aid off now,” he said. Calloway thanked fans, cast members, supporters, and The CW and WarnerMedia for “affording me the opportunity to even do a spinoff.”

The spinoff would have seen Calloway reprise his role as the titular character while Black Lightning showrunner Salim Akil will write, executive produce and direct. Set to join the cast were Sibongile Mlambo, Alexander Hodge and James Roch. The planted pilot spinoff aired as the seventh episode of Black Lightning’s fourth season.
Image 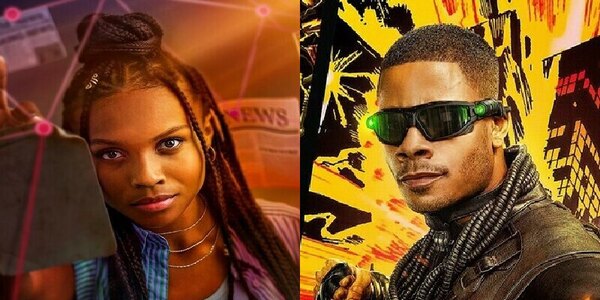 Naomi has potential and I'm excited about that one. I'dwatch Painkiller because I support shows with Black characters but it is strange that something like Icon or Hardware isn't considered but someone thought of Painkiller.

It was very obvious from the beginning that the Painkiller series had no legs on its own.

Not especially drawn to either concept, but of the two, Naomi definitely has more potential.