The official trailer has been released for "DMZ," the new, upcoming HBO MAX mini-series that's based on the acclaimed DC graphic novel of the same name by Brian Wood and Riccardo Burchielli.

Set in the near future, the limited series stars Rosario Dawson (Sin City, Death Proof, Daredevil, Ahsoka) as a New York medic who, during a citywide evacuation amid the Second American Civil War, finds herself separated from her young son. While trying to survive a war-torn Manhattan, Dawson must cross through the demilitarized zone to search for her lost child.

DMZ is set to premiere on March 17th on HBO MAX. 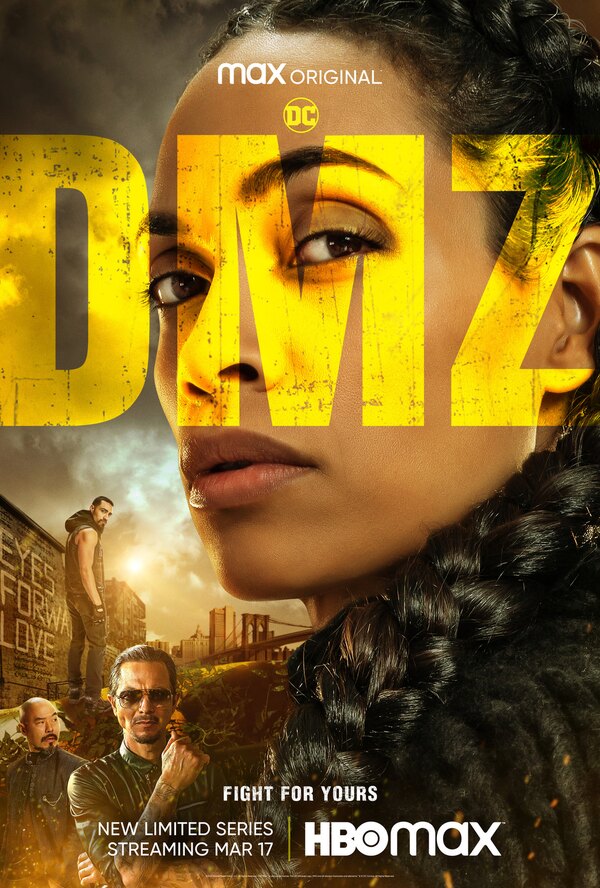