Storm Collectibles
by Jay Cochran
September 29, 2020
Storm Collectibles has announced a new King Of Fighters 98 Ultimate Match Iori Yagami 1/12 Variant figure which will be released as a Wonder Festival 2020 exclusive. The event takes place this weekend (Oct 3-4) at the Shanghai New International Expo Certre. Now word on when or how the figure will be released here in the US.
Image 1 of 8 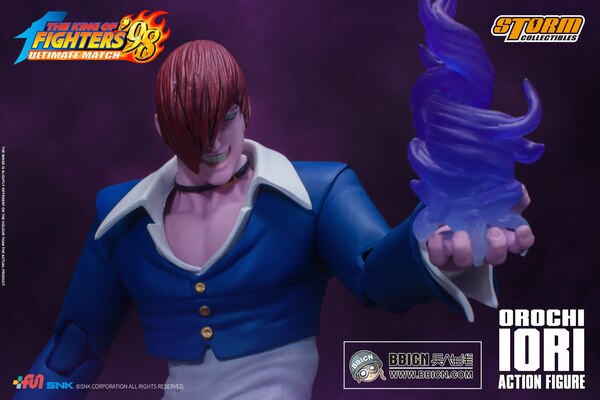 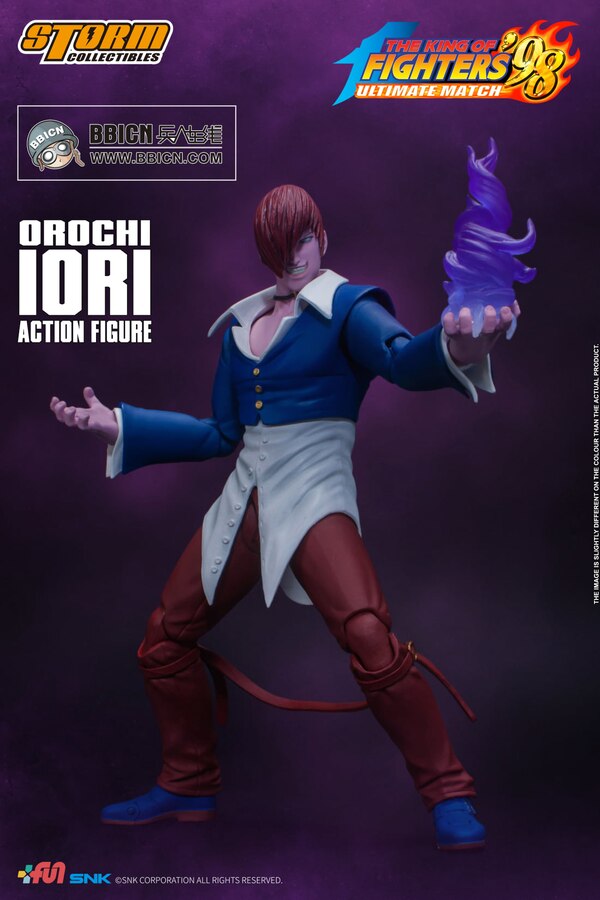 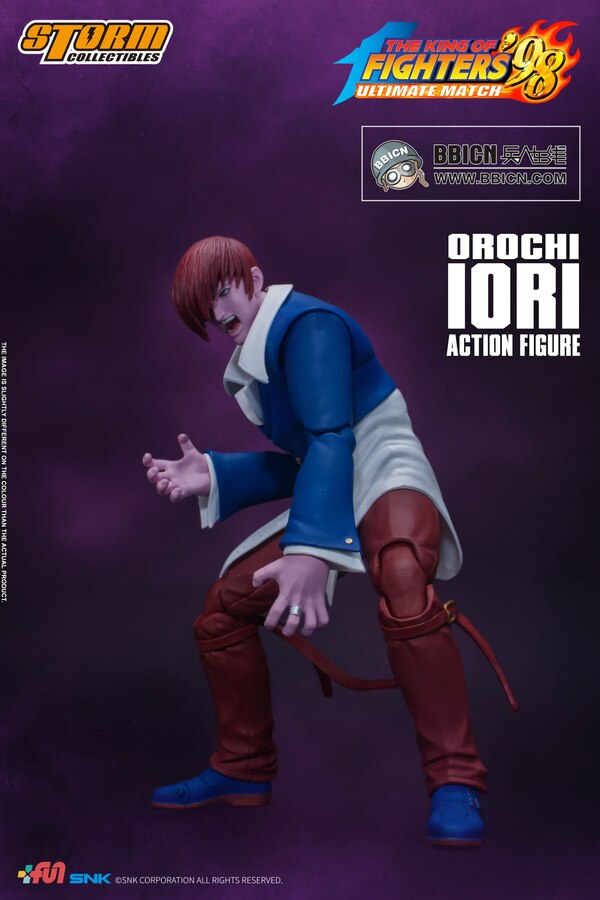 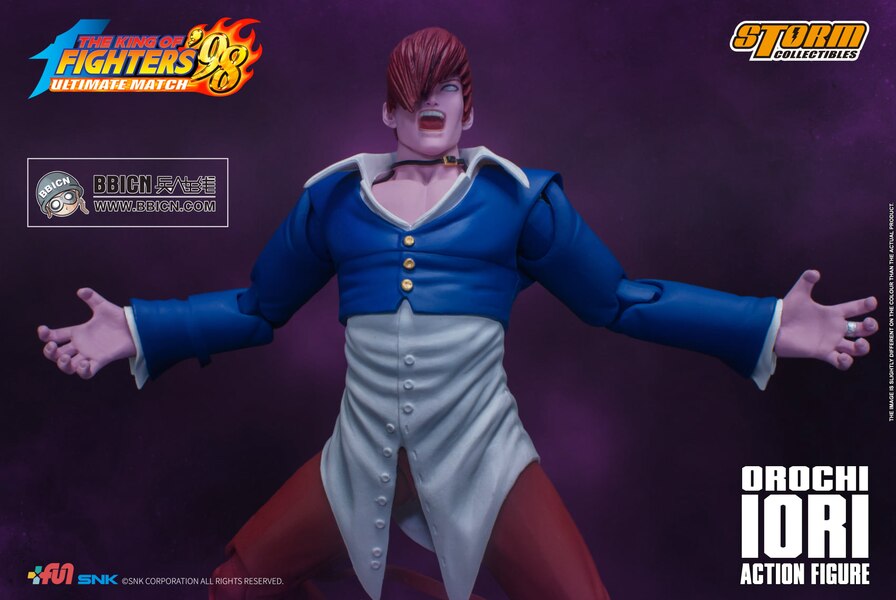 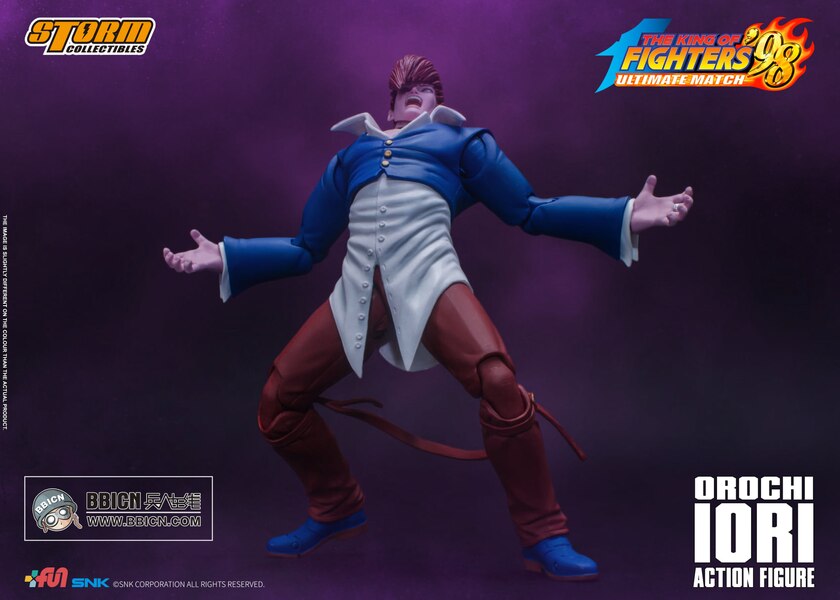 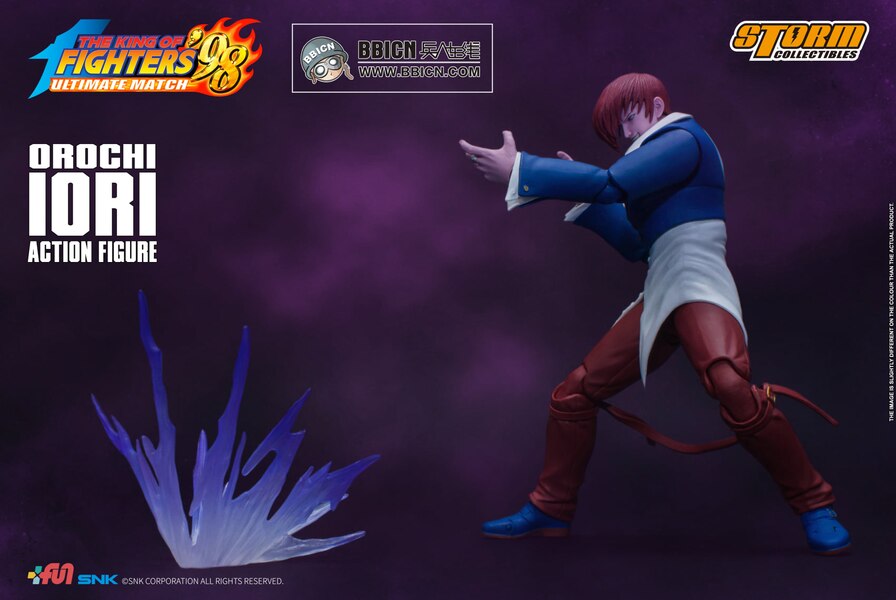 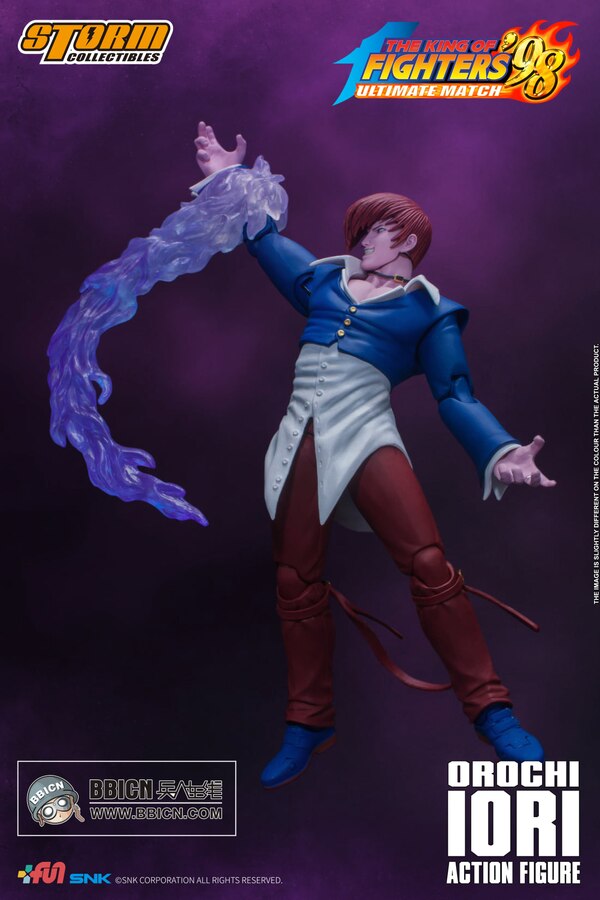 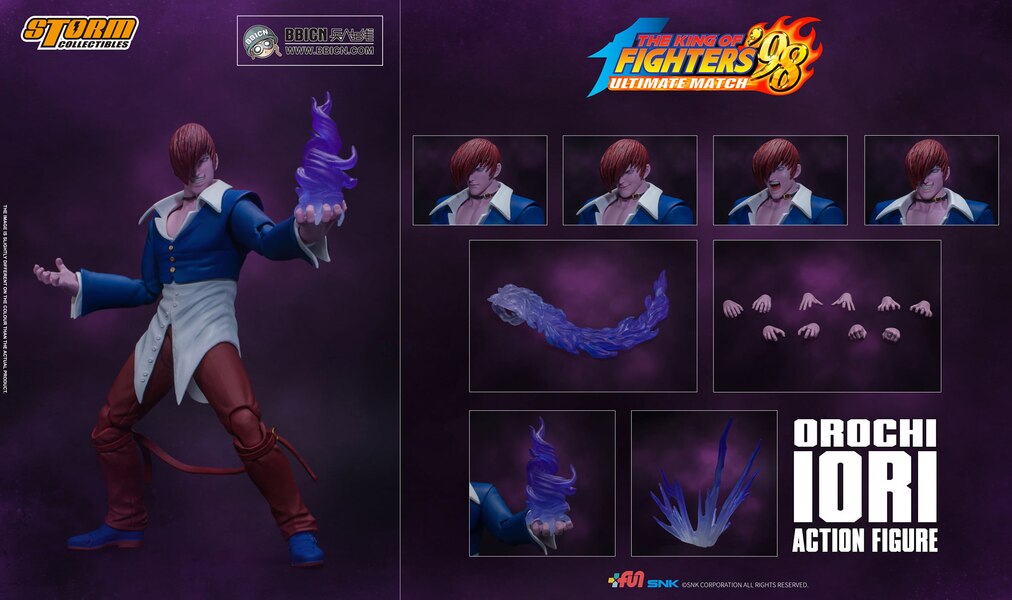 He looks awesome and im super torn but i dont know if hes worth the larger price tag thats comparable to big boys theyve made before. The accessories are alright but was really hoping for a super evil demon head like he does in his transformation in the games or a spiral effect for his uppercut to balance out the expense.

Storm Collectibles proudly present their new license from Capcom's legendary fighting game; DARKSTALKERS. DEMITIRI MAXIMOFF is one of the most dangerous vampires who first appeared in Darkstalkers. He is a villainous and power-hungry vampire who, like Dracula, sees humanity as an inferior race and only cares for their blood.Features:- 3 x Interchanging Demitiri Head Sculpt- 3 x Pair of Hands- 1 x Fire Ball Effect- 1 x Demitiri's bat

I wish theyd show off the stuff Demitri comes with. Hes not blowing my mind compared to some of their other offerings as he seems alittle off to me but very excited to see more darkstalkers figures coming!

The folks at Storm Collectibles have released the first official image for their 1:12 Darkstalkers Demitri Maximoff

Demitri looks awesome, the rest look great as well. I find it super interesting that Storm changed their license/logo for samurai shodown from Samurai Shodown V Special to the 2019 Samurai Shodown. I wonder if that means we will only be getting from that roster instead of Special which means no Zankuro orAmakusa. ?And not even a Rasetsumaru which would be an easy variant to Haohmaru.

Demitri Maximof looks so damn cool, I'd be tempted to get it, because I love Darkstalkers, but Morrigan is a must, and they are apparently doing her as well soon. the prices just hurt so much on Storm's stuff.

He looks great, I wish his coat was a darker blue instead of so light but he looks good. Morrigan is indeed coming as well, both her and Demitri were announced at the same time. Finally we get actual modernized figures of darkstalkers figures and definitive versions. I would say dont hesitate on buying them as everything storm has released have surpassed previous figure iterations of these characters (when actually having figure versions in general). The prices are well worth it. They hit a bit hard on the wallet but for me they are too good to pass up.

Demitri Maximof looks so damn cool, I'd be tempted to get it, because I love Darkstalkers, but Morrigan is a must, and they are apparently doing her as well soon. the prices just hurt so much on Storm's stuff.

JayC - 2020-10-05 @ 3:33 pm
Shown below via WindStormToys are images from the Storm Collectibles both at this past weekends Wonder Festival event in Shanghai. Shown their upcoming 1:12 Darkstalkers Demitri Maximof figure. You can also get a look at their exclusive Samurai Showdown Bloody Haohmaru figure which you can pre-order from our sponsor BigBadToyStore.com.
JayC - 2020-10-03 @ 1:08 pm
Storm Collectibles has announced a second exclusive for this weekends Wonder Festival 2020 which is taking place in Shanghai. The figure is a bloody variant of their 1/12 Samurai Shodown Haohmaru figure. It's said this one is being limited to only 300 pieces, so it's unclear if this will see release anywhere else outside this event. The other day they also announced a King Of Fighters 98 Ultimate Match Iori Yagami variant that was being released as an exclusive for Wonder Festival.
EvilHayato - 2020-09-30 @ 5:41 am

I find it really weird that they advertised an exclusive as a regular release in their catalog from last year. Im just glad its not really impressive and I have no real reason to buy it. I have the regular release of Iori and it suits me just fine. 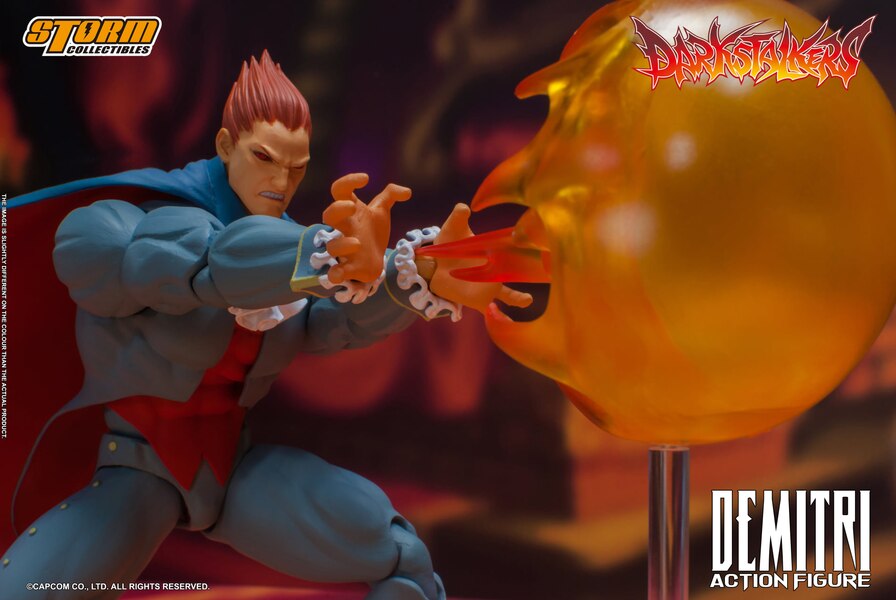 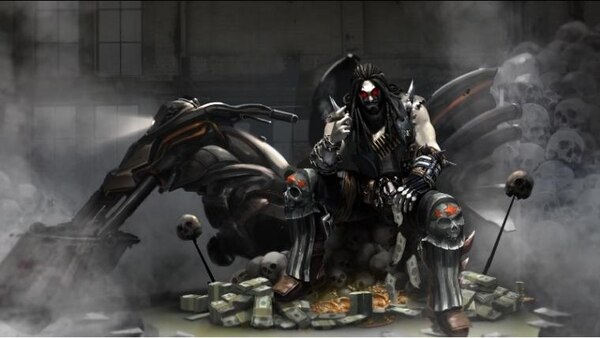 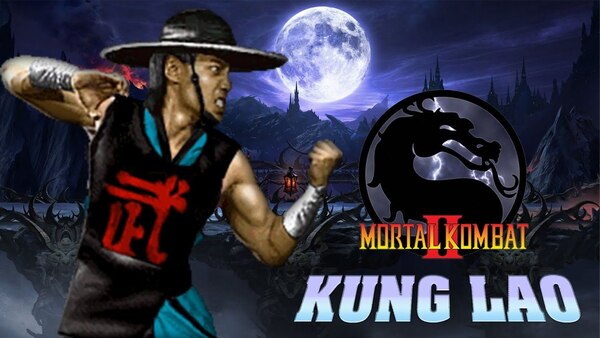 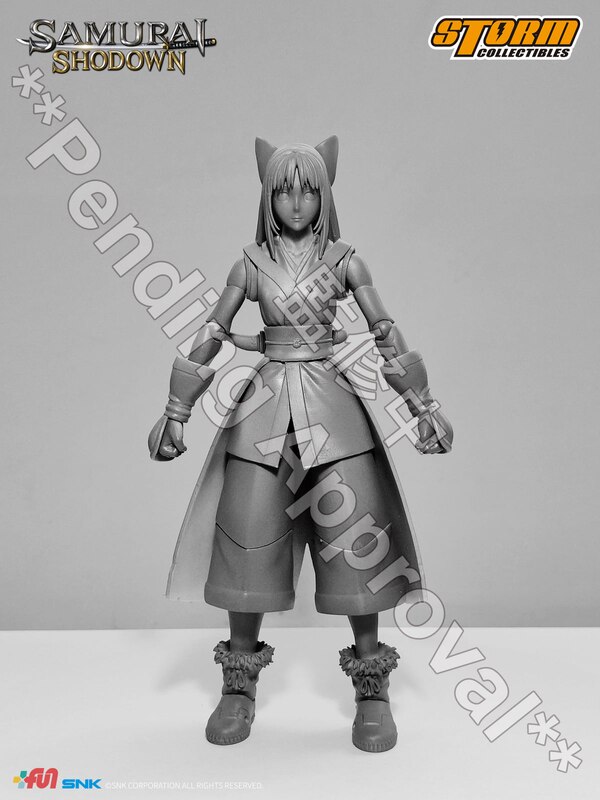 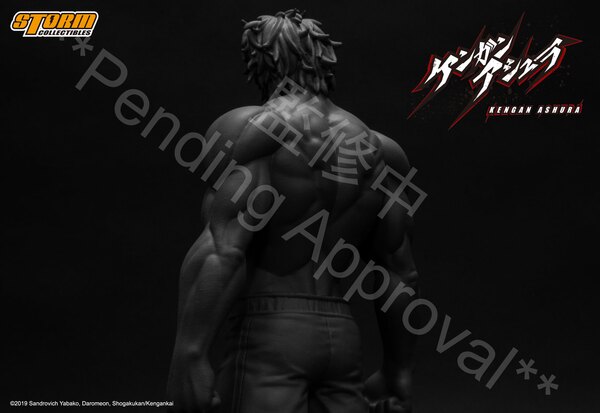