'G.I. Joe: The Rise of Cobra' Advances on 7-Eleven Stores

GI Joe
by Jay Cochran
June 30, 2009
7-Eleven, Inc. reports for duty this July as it joins forces with Paramount Pictures to promote the Aug. 7 release of the new action movie, “G.I. Joe: The Rise of Cobra.”

Besides its frozen blue Slurpee drink, 7-Eleven has added a hot beverage tie-in with a ‘GO JOE’ Cappuccino, mocha-flavored with three natural energy ingredients – taurine, guarana and caffeine. One 12-ounce cup has as much caffeine as an 8-ounce energy drink. Refillable silver and black 16-ounce coffee mugs featuring the G.I. JOE logo also are available while supplies last.

“G.I. JOE is probably the best-known boy’s toy in the world,” said Jay Wilkins, 7-Eleven brand manager for cold beverages. “The movie has a ready-made audience of boys and men who played with G.I. JOE, and we want to bring back some of those great childhood memories by promoting ‘G. I. Joe: The Rise of Cobra’ with a great, new Slurpee drink, fun cups and straws.”

“This program brings the excitement of the new movie right inside 7-Eleven stores,” commented LeeAnne Stables, executive vice president of worldwide marketing partnerships at Paramount Pictures. “Fans will get an early taste of this big screen update of their favorite characters from this incredible action-packed ‘G.I. Joe: The Rise of Cobra’ film.”

In addition to the four plastic 3D cups, 7-Eleven has created two paper Slurpee cups with movie graphics along with Slurpee Nation reward codes that can be used to enter an online instant-win sweepstakes at www.slurpee.com.

Introduced in the United States by Hasbro in 1964, G.I. JOE celebrates its 45-year anniversary this year as the world’s first “action figure.” As enemies, military uniforms and gear changed, the toy line evolved over the years. “G.I. Joe: The Rise of Cobra” is a live-action film adaptation based on the 1980s version of the franchise, which set up the conflict between G.I. JOE and COBRA and introduced audiences to characters, like SNAKE EYES, BARONESS and STORM SHADOW.

Directed by Stephen Sommers (“The Mummy”), the cast of “G.I. Joe: The Rise of Cobra” includes Sienna Miller, Channing Tatum, Marlon Wayons and Dennis Quaid. Set 10 years in the future, the film shows the rise of the COBRA organization and focuses on the creation of an international force of operatives who use high-tech equipment to battle their enemies.

Besides the online sweepstakes and in-store signage, cups and collectibles, 7-Eleven will run radio advertising promoting the “G.I. Joe: The Rise of Cobra” campaign in select markets. Assisting 7-Eleven in developing the partnerships and promotions for the G.I. JOE program is FreshWorks, 7-Eleven, Inc.’s advertising and marketing agency, which is a consortium of Omnicom companies.
Image 1 of 2 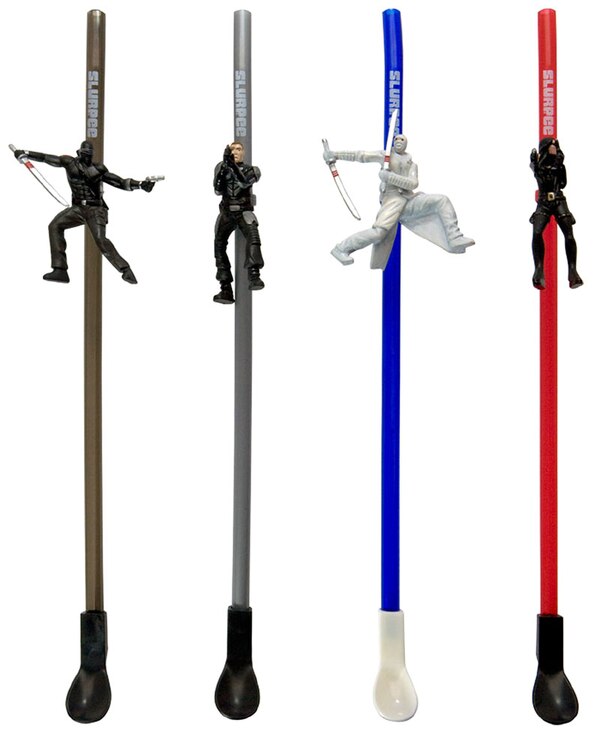 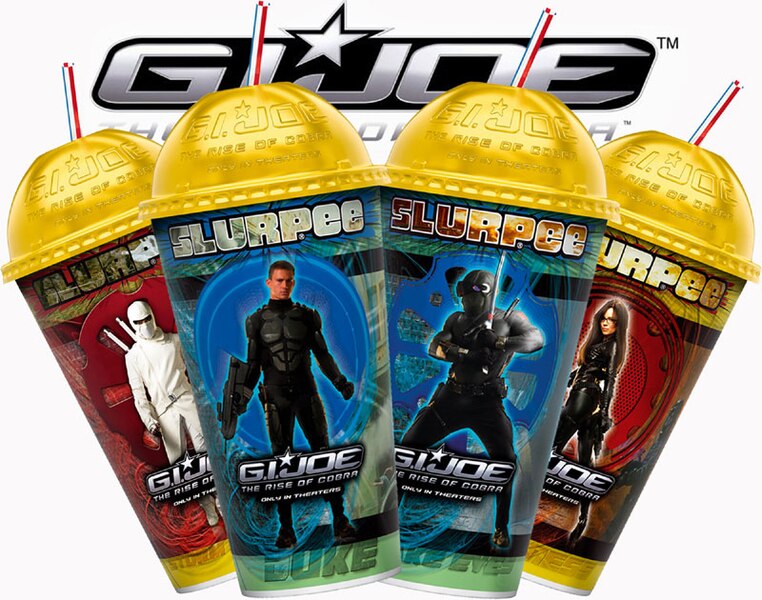