GI Joe
by Jay Cochran
March 06, 2011
Etailer Smalljoes.com has posted carded and loose images of Hasbro's 5th & 6th waves of G.I. Joe Pursuit of Cobra figures along with bio's for each figure. You can check out the images below in our GALLERY!

B.A.T.s are the perfect COBRA troopers. They never question orders, complain about the chow, shirk duty or surrender. They require no leave time, sick pay or benefits of any kind, and they are cheap and easy to replace. JUNGLE B.A.T.s are one of the robotic variants designed for specific environments; this version is extremely resistant to heat and humidity, and can easily find its way through thick jungle foliage.

Absolute power! Total control of the world – its people, wealth, and resources. That’s the objective of COBRA COMMANDER. This fanatical leader rules with an iron fist. He demands total loyalty and allegiance. His main battle plan for world control relies on revolution and chaos. He is responsible for abducting scientists, business people and military leaders, then forcing them to reveal their top-level secrets.

One of the nameless, faceless legions of the COBRA organization. Each COBRA trooper is highly skilled in the use of explosives, infantry weapons, sabotage and the martial arts. They swear absolute loyalty to their leader, COBRA COMMANDER. Their goal is to conquer the world for their own evil purposes.

STEEL BRIGADE troopers are the backbone of the G.I. JOE fighting force. The “grunts” of the team, they are chosen for their exceptional dedication and skills. They work hard to hone their skills so that they can move up the ranks into specialized positions. They meet every challenge with determination and enthusiasm, and eagerly go on missions where they can watch and learn from their superiors.

The general is a West Point graduate with a list of special education credits as long as his arm, but he acquired the main body of his experience where it counts – on the battlefield. He’s the type of commander who goes out and gets shot at like everyone else. Troops respect that. They know he won’t ask them to do anything he isn’t willing to do himself. That’s why they’re willing to do anything he tells them.

BLOWTORCH is thoroughly familiar with all military incendiary devices and flame projection equipment. To BLOWTORCH, the use of fire in combat is a science that predates the bow and arrow. He is studying structural and chemical engineering, because he wants to know everything he can about the weapons he uses or are used against him, and about structures he might be called upon to attack or protect.

DESTRO chooses IRON GRENADIERS for their endurance, tenacity and meanness. They expand his armament business by spreading chaos, undermining authority and encouraging disagreements, which increases demand for weapons that DESTRO sells. This trooper is part of the IRON GRENADIERS heavy weapons support team.

COBRA ROCK VIPERS are mountain assault specialists trained in mountaineering and vertical assault. They are experts at climbing treacherous terrain of rock, snow or ice. They use sophisticated climbing gear and weapons designed for compactness and versatility.

Access to certain areas of Cobra Island are blocked by interconnecting canals, which are stocked with hungry crocodiles conditioned to be especially hostile and fast. The man responsible for these ultra-aggressive reptiles is CROC MASTER. This former alligator wrestler and burglar alarm salesman founded Guard-Gators, Inc., to commercialize the use of alligators for home security.

CRAZY LEGS is a classically trained organist. The Airborne Rangers, however, don’t care how perfectly you can play Bach’s Toccata and Fugue in D Minor; they’re only concerned with your willingness to jump out of a helicopter into a hot landing zone with nothing but a rifle and some grenades. CRAZY LEGS is, of course, Airborne Ranger qualified and has been cross-trained as a forward artillery observer.

SNAKE EYES is proficient in 12 different unarmed fighting systems including Karate, Kung-Fu, and Jujitsu, and is highly skilled in the use of edged weapons. He has received extensive training in mountaineering and underwater demolitions; jungle, desert and arctic survival; and some forms of holistic medicine. He was trained by the ARASHIKAGE ninja clan, the same clan that trained his sworn enemy, STORM SHADOW, the COBRA ninja mercenary. He wears special ninja warrior armor to defend a training temple that has come under attack by COBRA ninjas.
Image 1 of 24 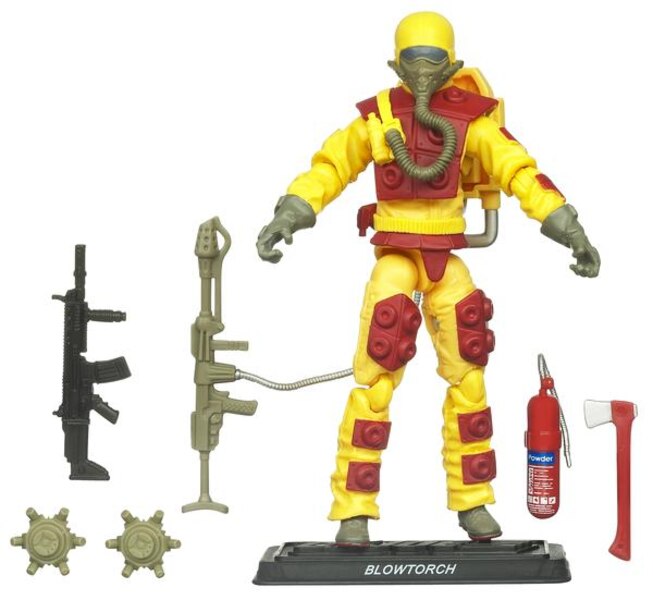 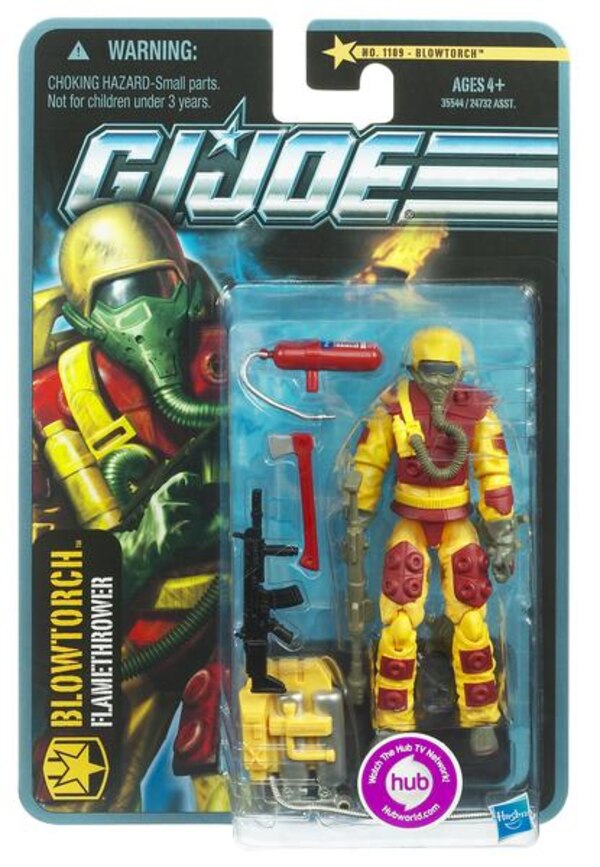 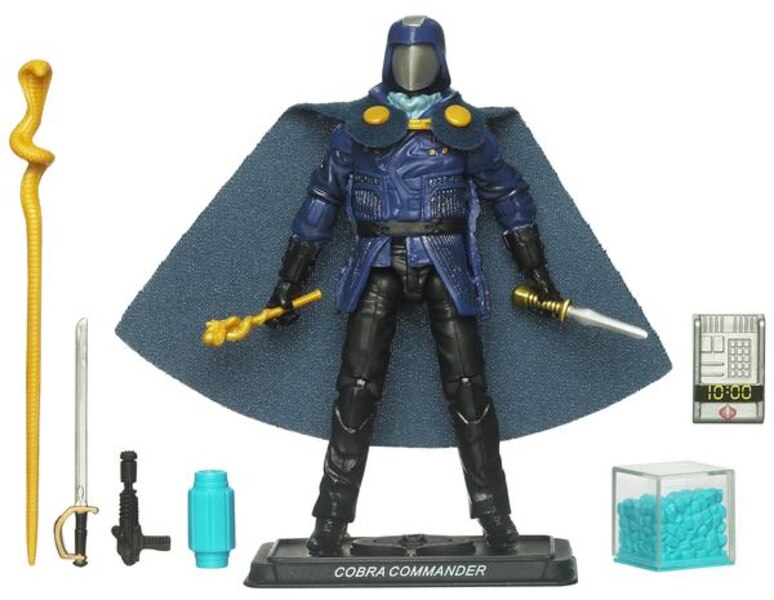 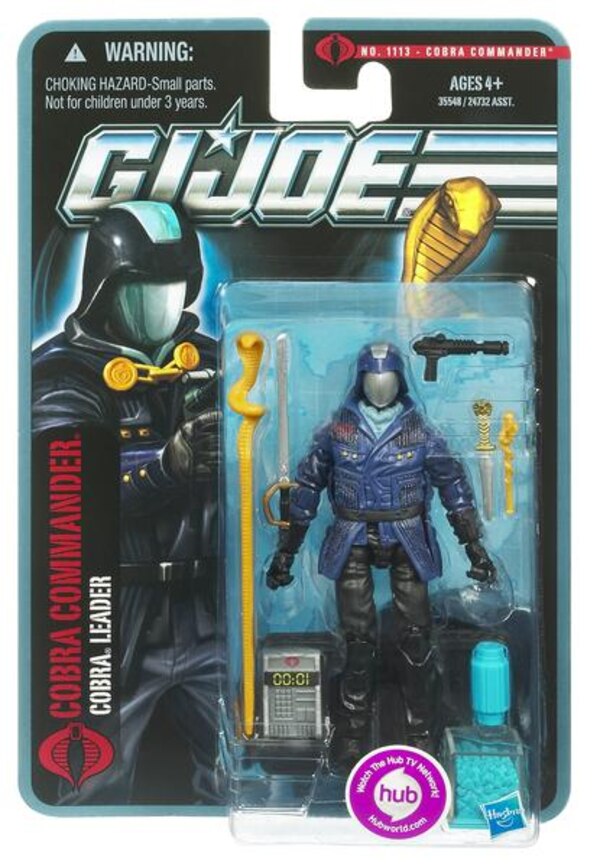 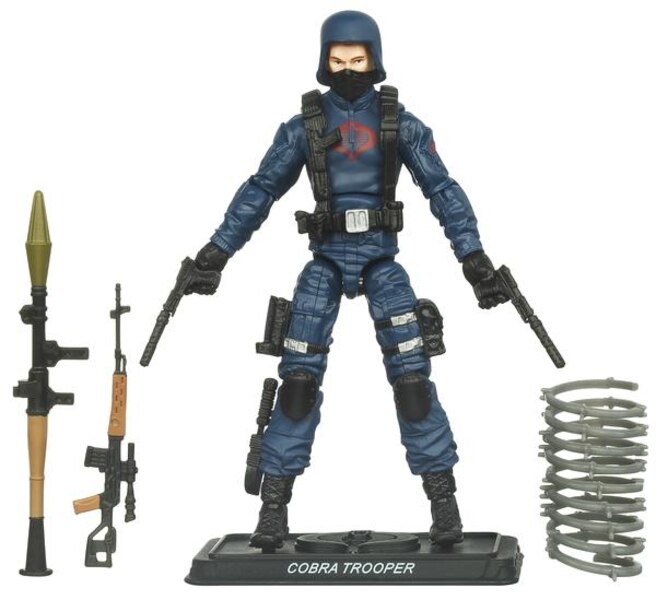 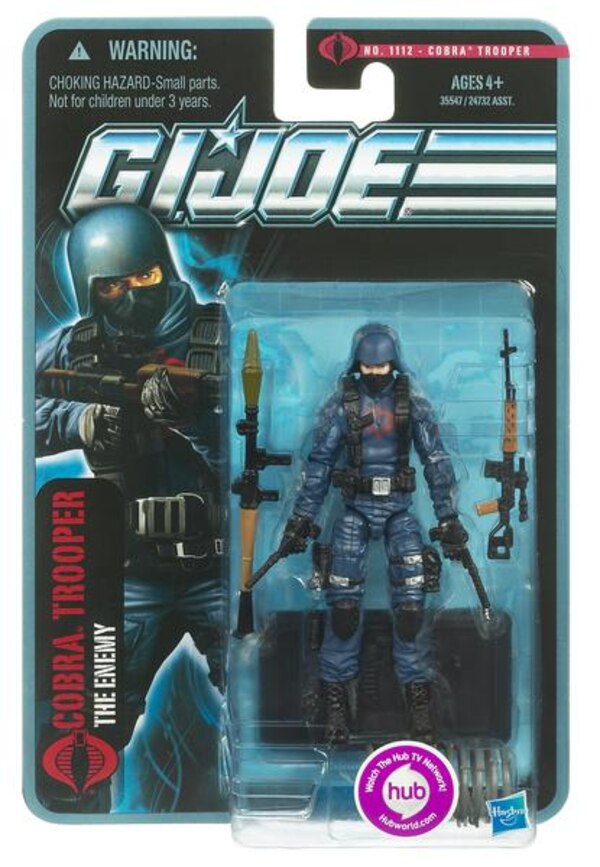 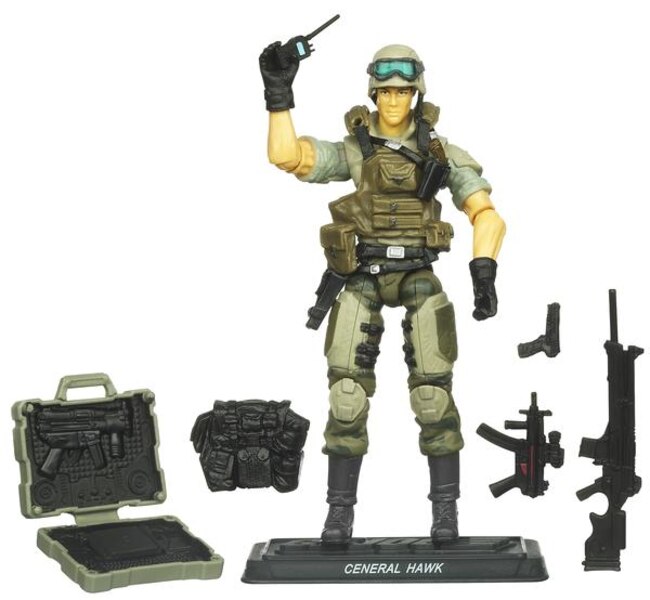 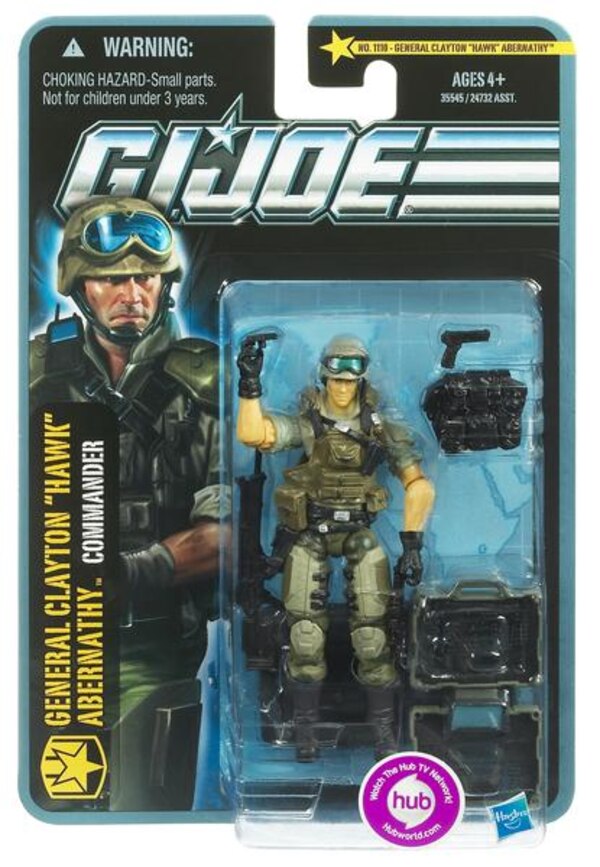 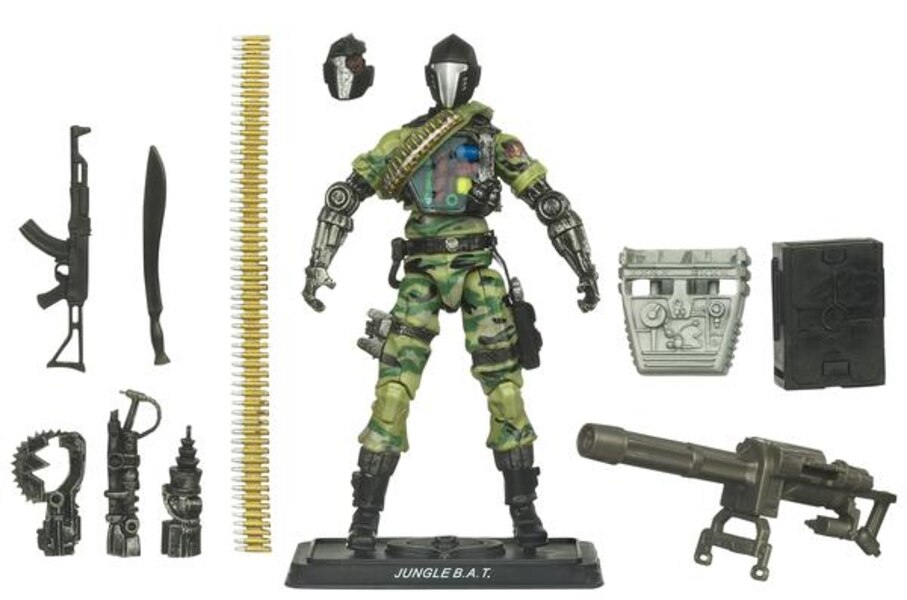 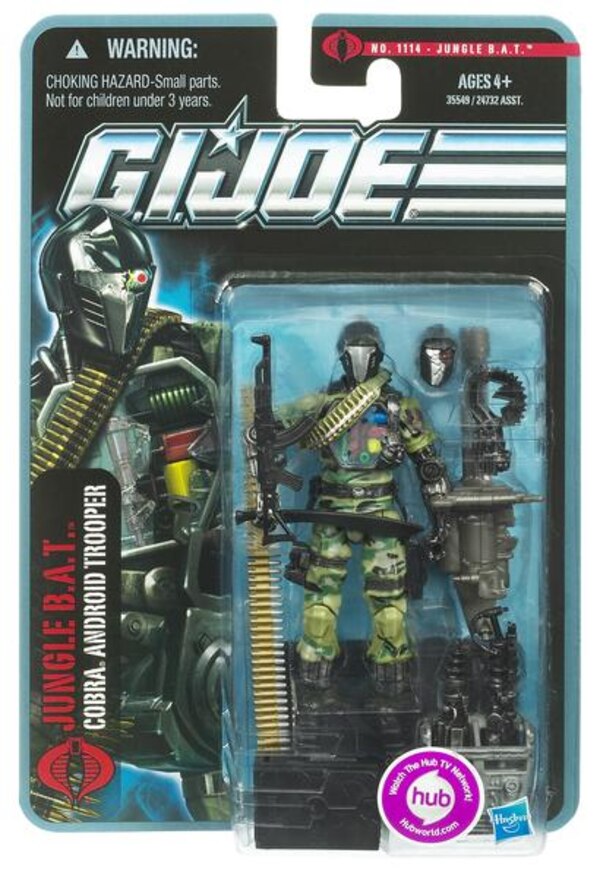 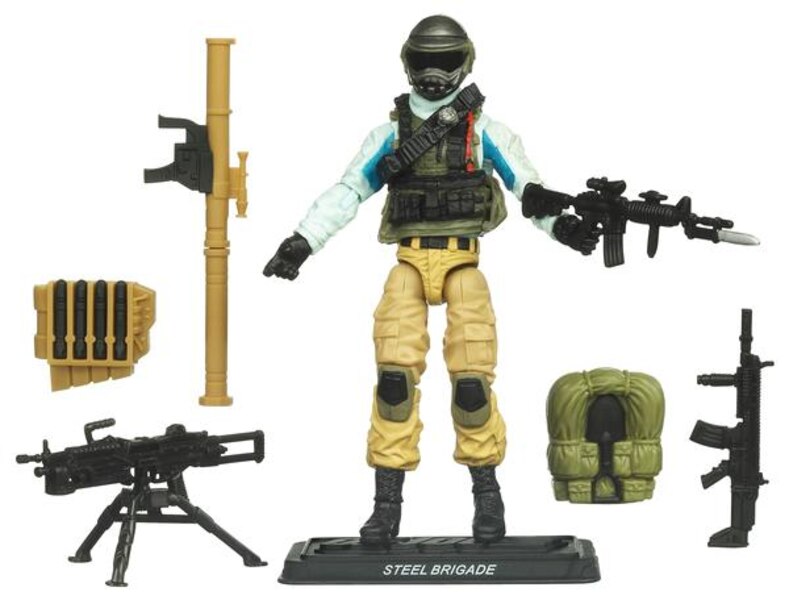 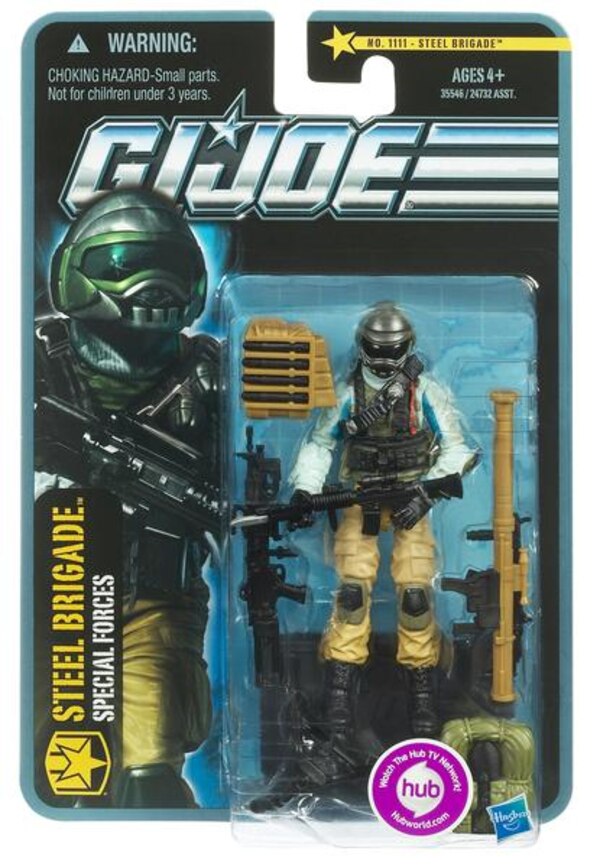 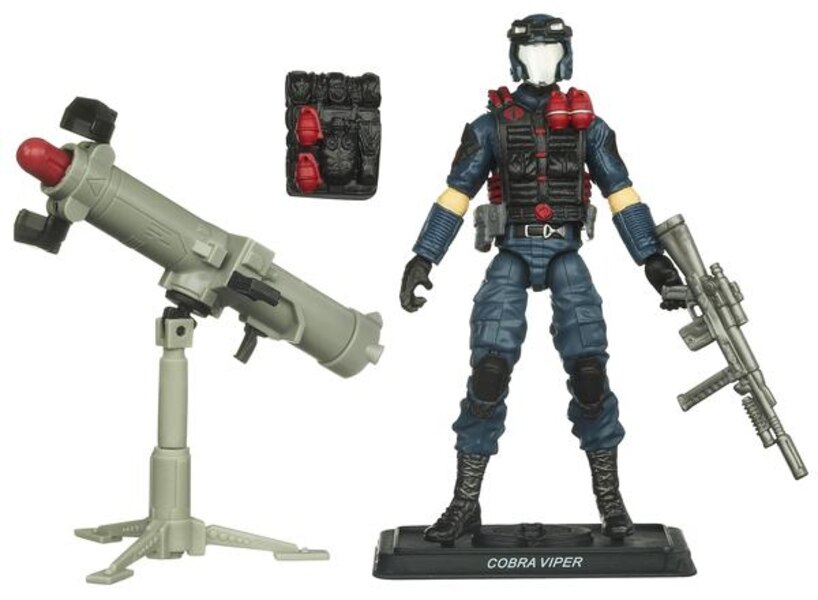 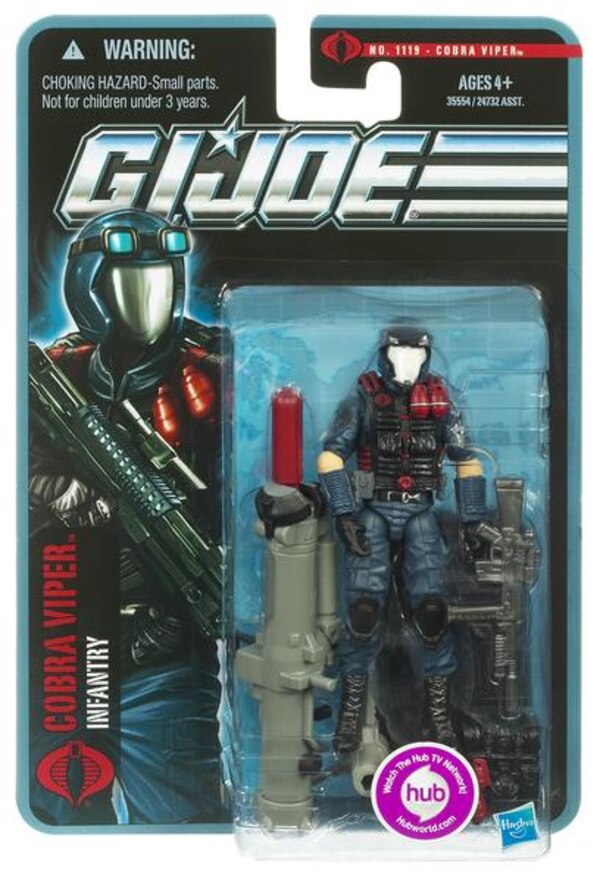 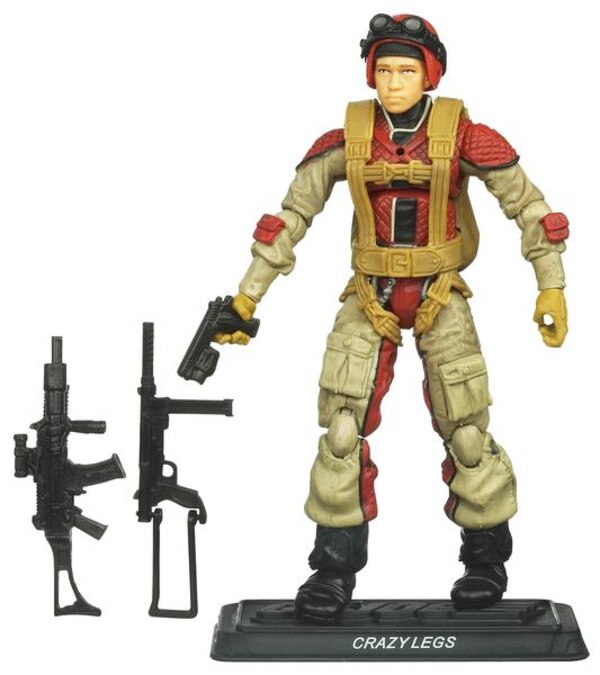 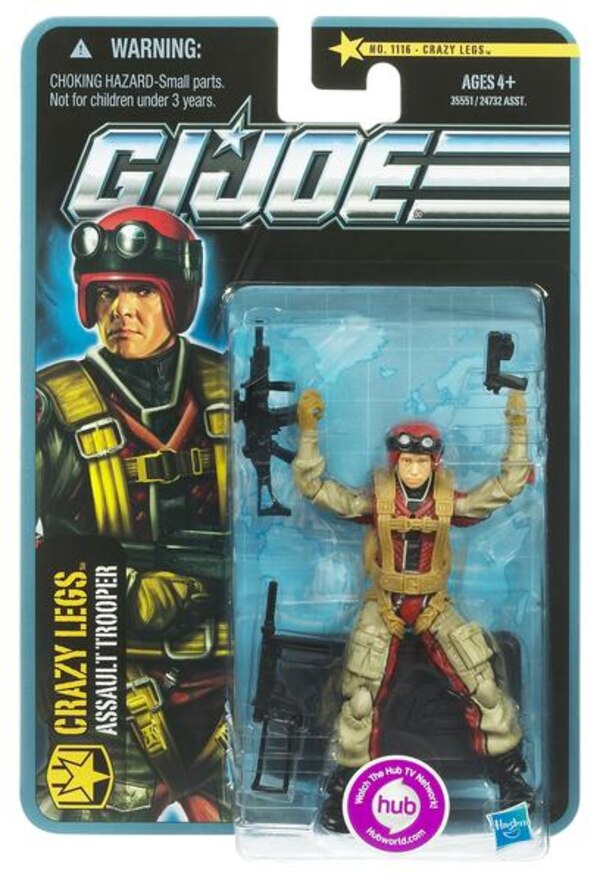 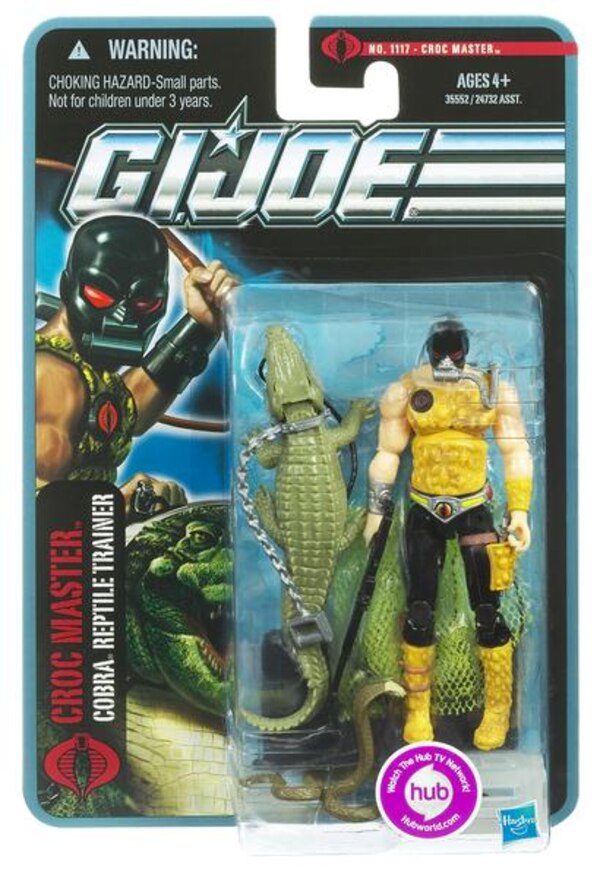 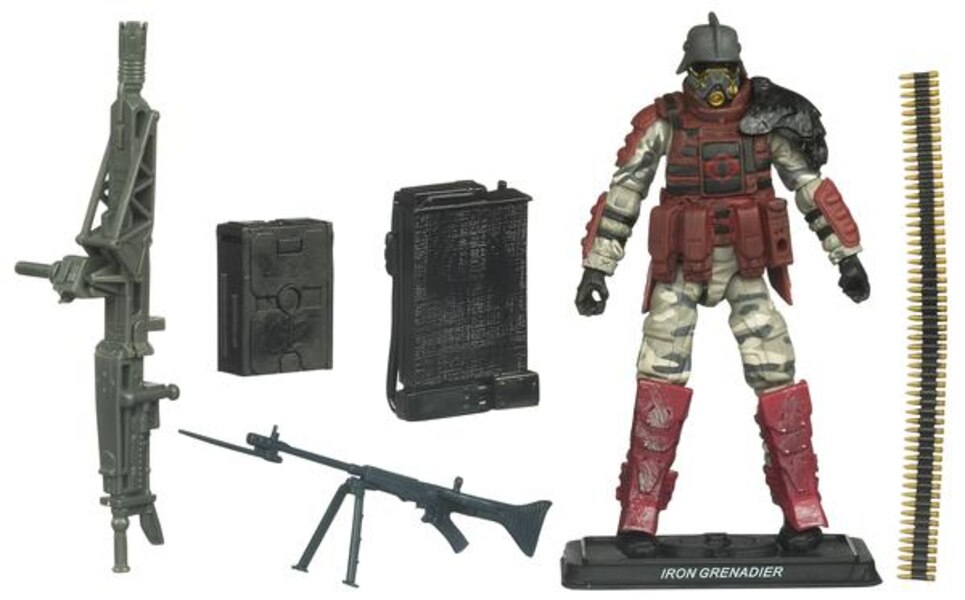 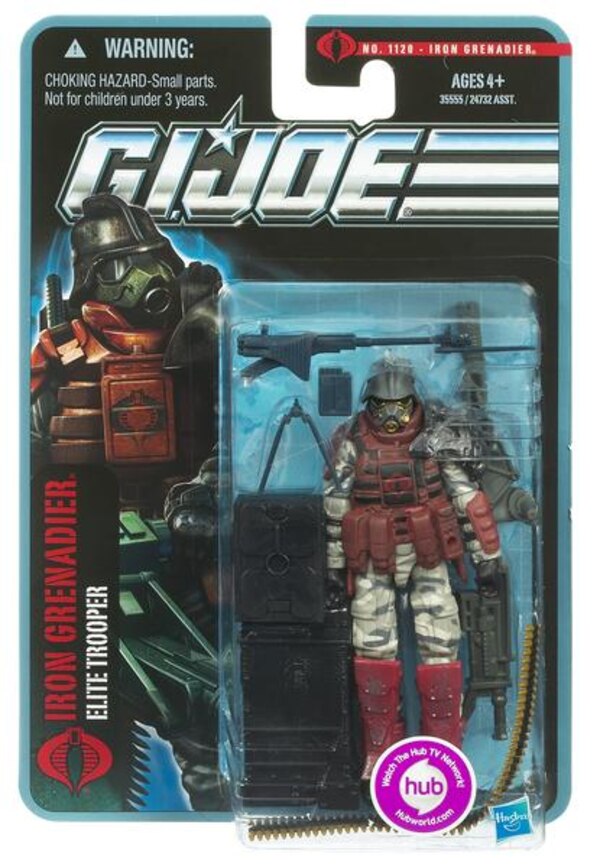 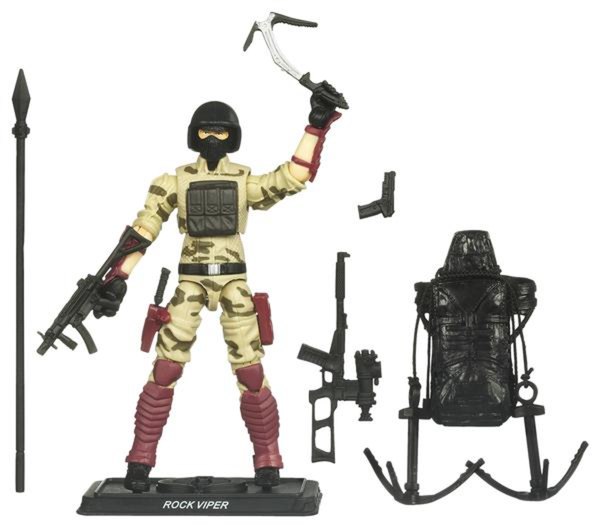 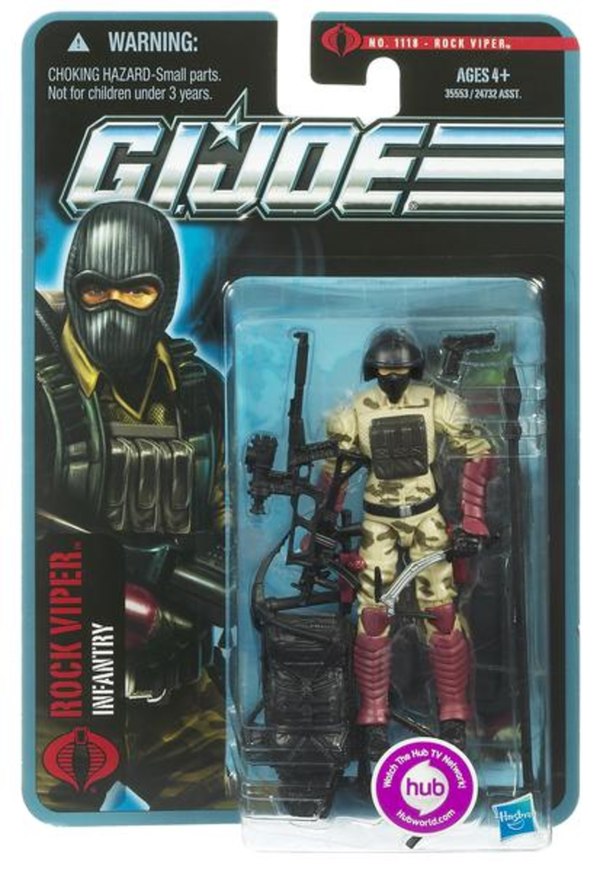 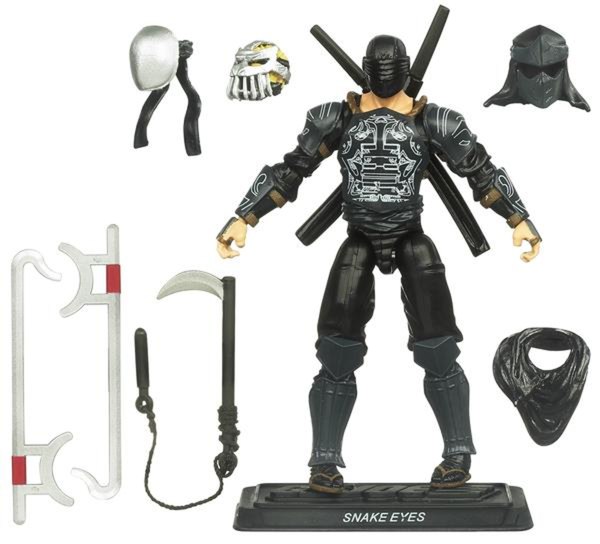 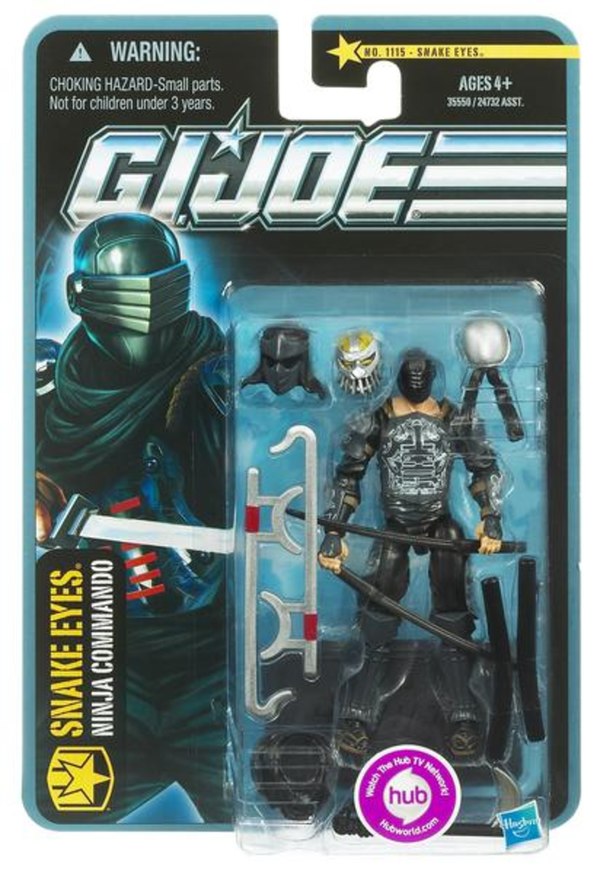 Found GIJoe: Pursuit Of on Ebay 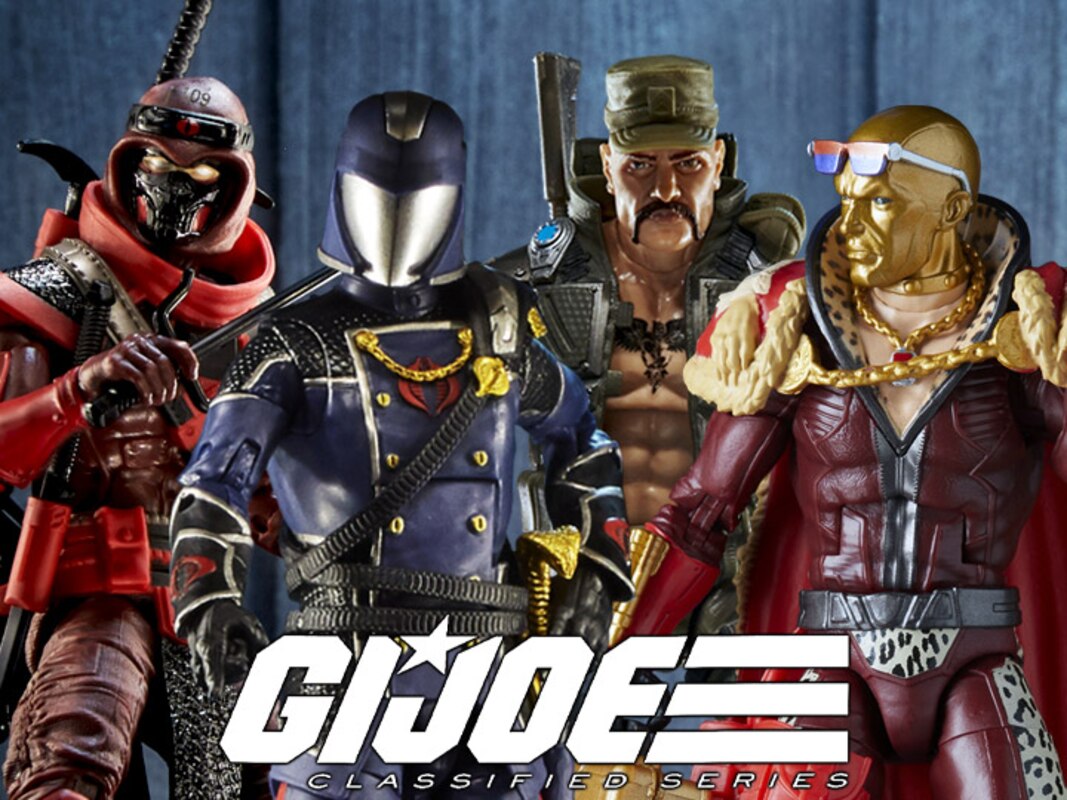 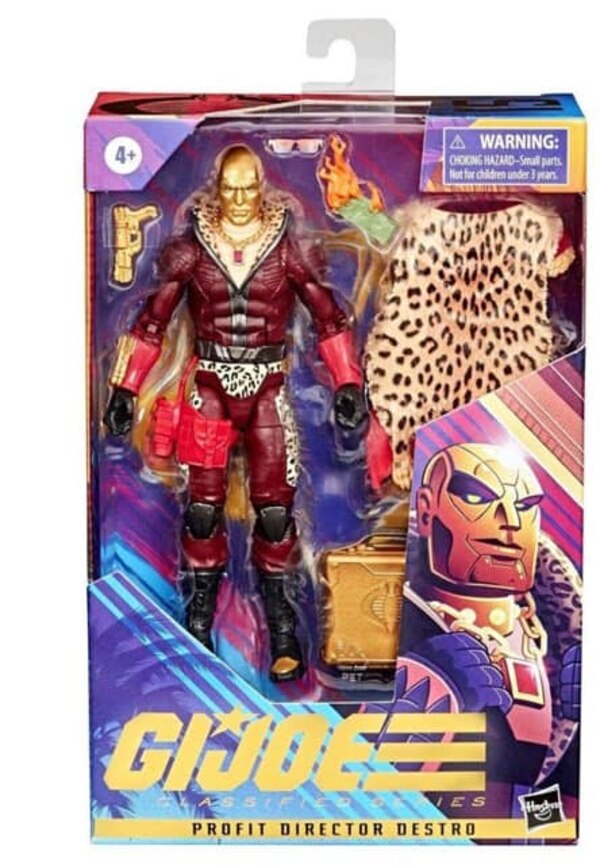 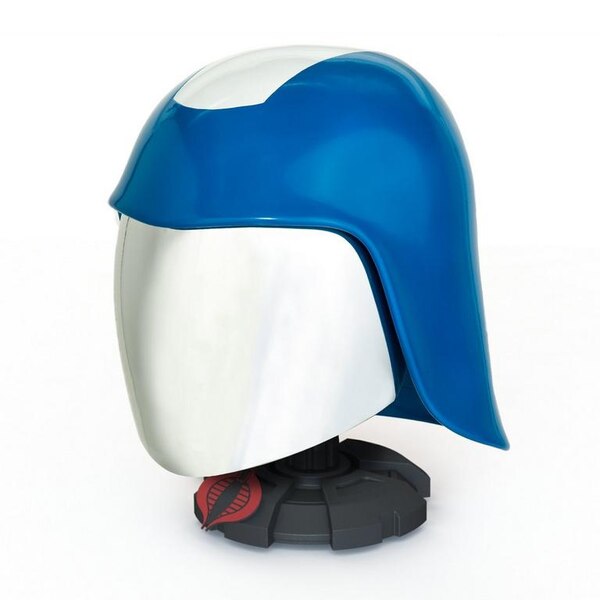 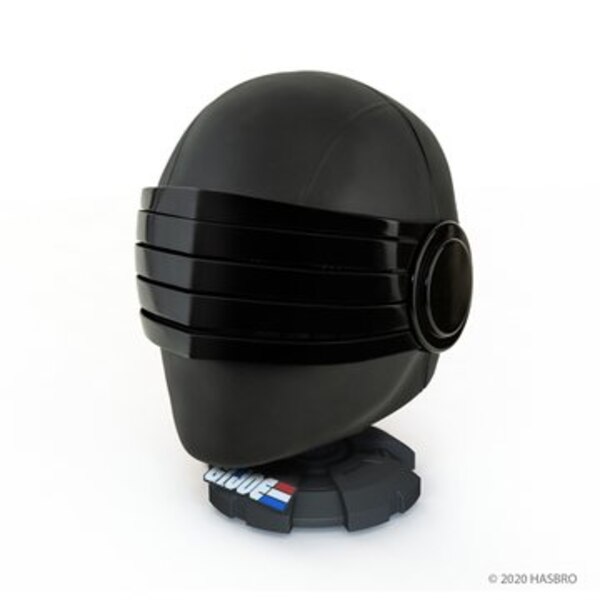