Last year's groundbreaking Infestation series, IDW's first-ever event, saw many teams from multiple universes fight off a zombie invasion. Now, an even bigger threat has risen to threaten the growing IDW multiverse: Lovecraftian demons threaten to reach across time and space and destroy everyone everywhere and everywhen! Also featuring Teenage Mutant Ninja Turtles, this framing issue presents a threat that perhaps not even TRANSFORMERS, G.I. JOEs, Danger Girl, and others can surmount!
FC 32 pages $3.99

This volume collects all four of the action packed G.I. Joe Yearbooks. Re-caps of important story lines, character profiles, and new stories were presented in these yearly comics that were published from 1985-1988. It also includes cover galleries and pin-ups by G.I. JOE cover artist Mike Zeck.
TPB FC $24.99 264 pages ISBN 978-1-61377-121-1

Bullet points:
All four G.I. JOE Yearbooks, collected into one volume for the first time!

Snake Eyes and Storm Shadow are on the hunt, tracking down the members of the deadly Blue Ninja clan and bringing them to justice before they cause more harm to the Arashikage. But these adversaries may prove too difficult for the ninjas to face alone... it may be time to call in reinforcements! It's a deadly ninja showdown in G.I. Joe: A Real American Hero #174, don't miss it!
FC 32 pages $3.99

"Cobra Command," Part One! The Cobra Civil War is over but there's no risk of a peace outbreak. A nine-issue epic starts right here! The new Cobra Commander kicks off his reign with total war as he invades a sovereign nation with all the military might under his power. The world is outraged but uncertain of how to retaliate. So the Joes take to the field to battle a new, more dangerous version of their oldest foe.
FC 32 pages $3.99

"Cobra Command," Part Two! Snake Eyes travels halfway around the world with his team to stop the invasion of a sovereign nation under attack by Cobra. But the Joes' silent warrior may be on a mission all his own. Snake Eyes is haunted by his past and Storm Shadow is at the heart of it. Snake Eyes carves himself his own bloody corner in a war of annihilation!

A rolling nine-issue crossover between all three ongoing G.I. JOE titles, all with the same art team!

"Cobra Command," Part Three! As the takeover of a foreign nation by the new Cobra Commander continues, we follow other members of Cobra High Command who are not as amenable to the new Commander as they first seemed. While certain Cobra agents quietly plot their vengeance, others align themselves with the new Commander... but he may have more in store for Cobra than just a military coup.

A rolling nine-issue crossover between all three ongoing G.I. JOE titles, all with the same art team
Image 1 of 7 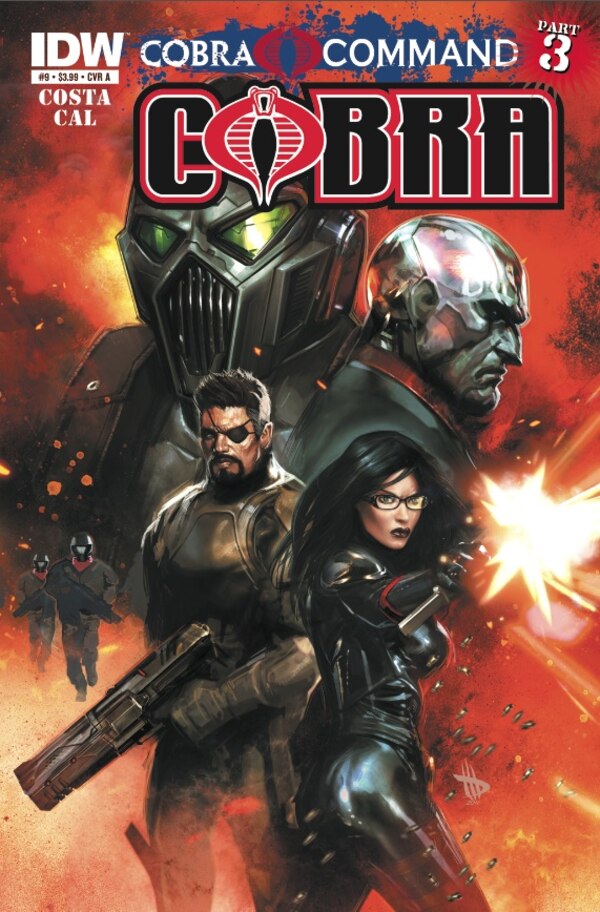 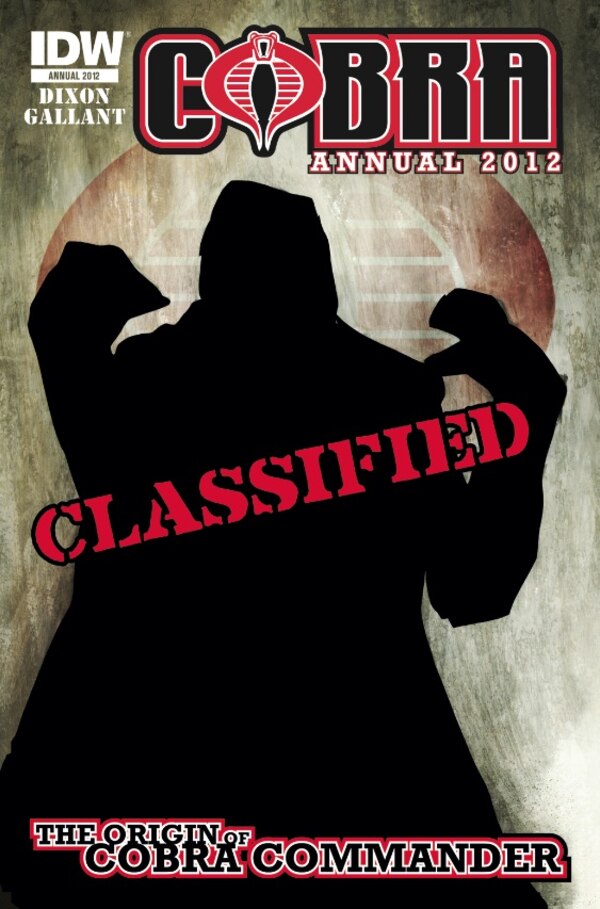 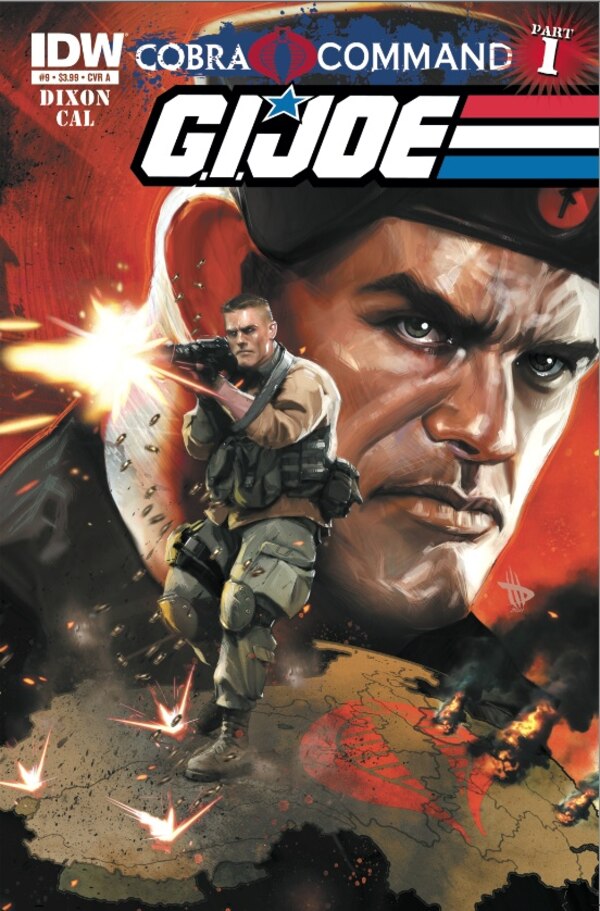 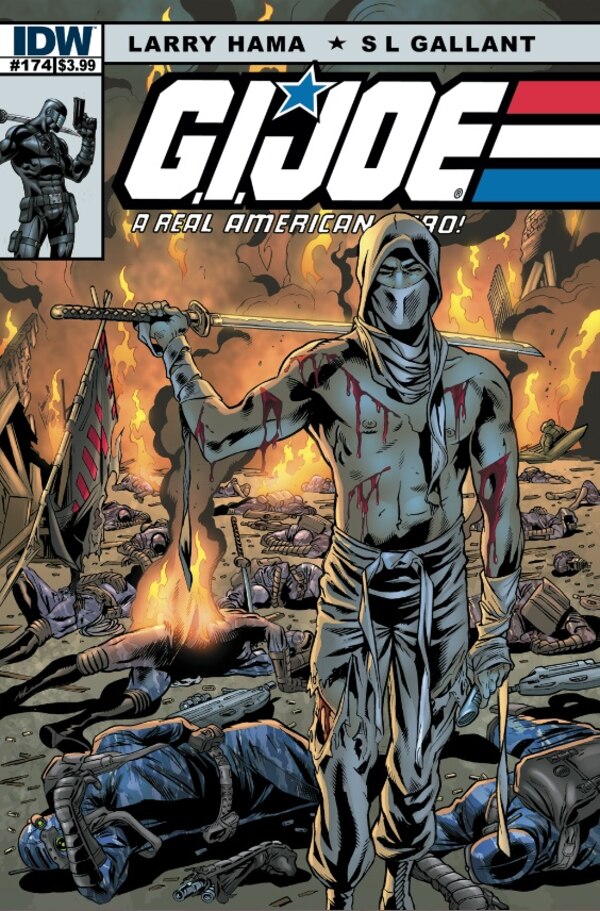 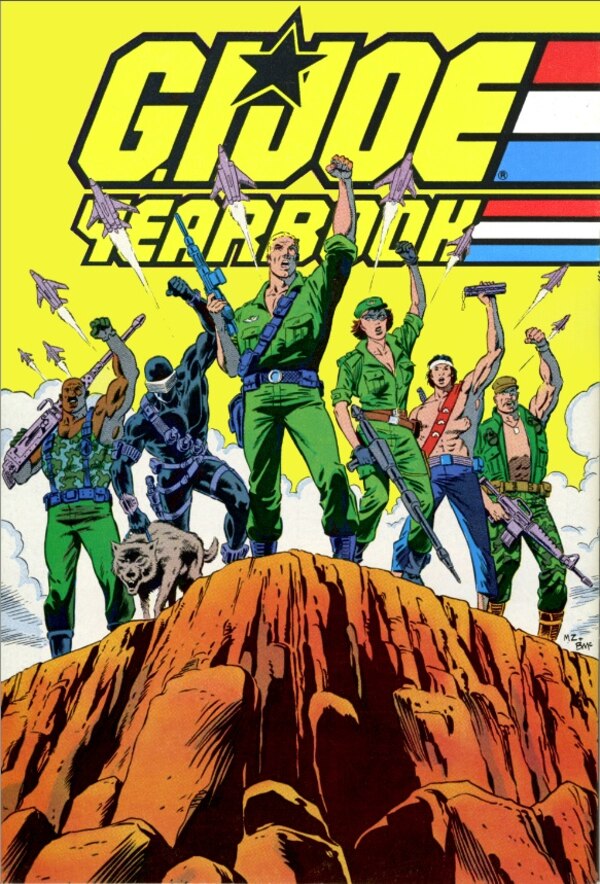 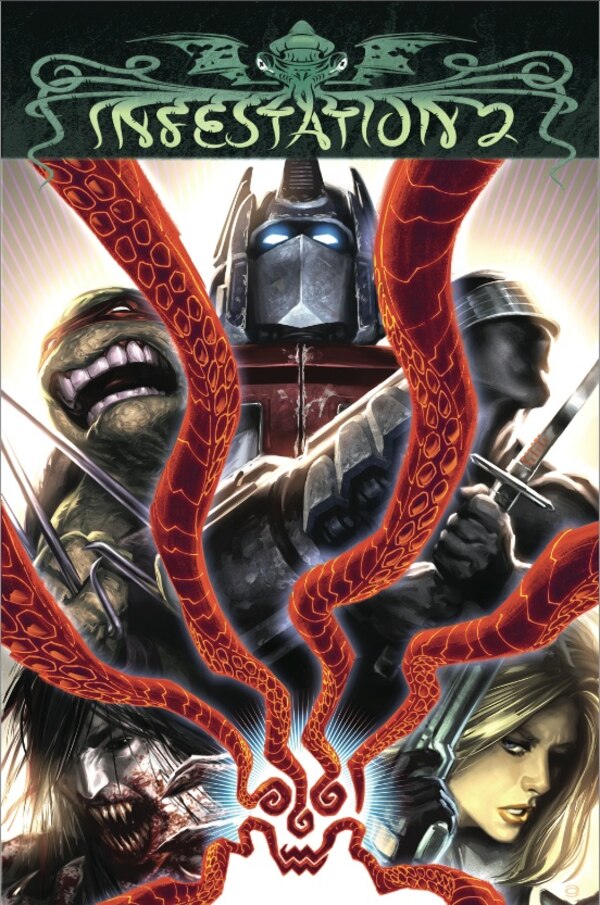 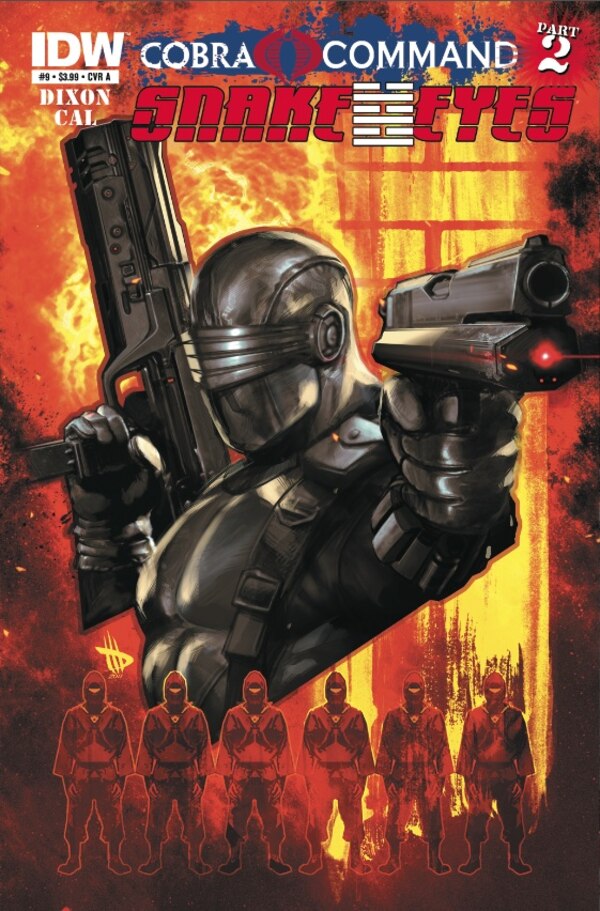