STAR WARS EPISODE V 1/6 SCALE YODA
"Do or do not. There is no try." Jedi Master Yoda was the wisest and most powerful of all Jedi. The highly-accurate collectible figure is specially crafted based on the image of Yoda in Star Wars: Episode V The Empire Strikes Back. It features two newly developed head sculpts, a specially developed body, finely tailored costume, a range of detailed accessories including a cane, crate container, small lamp, LED-light up power unit, and Dagobah diorama figure base with rocks. $199.99
https://www.bigbadtoystore.com/bbts/product.aspx?product=HOT10677&mode=retail

TAKARA MP-25L LOUDPEDAL
This redeco and retool of the previously released Masterpiece Tracks features a head sculpt that is reminiscent of the original G1 toy and transforms into a Corvette Stingray. MP-25L LoudPedal comes with a gun for robot mode, a grill-mounted gun in car mode, a Raoul mini-figure and a boom box -- both featuring new color schemes, rear-view mirrors for car mode, and a flight stand. $89.99
https://www.bigbadtoystore.com/bbts/product.aspx?product=TAK12367&mode=retail

REAL MASTERPIECE 1/6 KOBE BRYANT TWO PACK
The Kobe Bryant two pack features two unique bodies each with a museum quality head sculpt and 30 points of articulation. The two figures represent his rookie and final seasons and include complete uniforms for both as well as an All-Star MVP trophy and specially developed figure stand. $264.99
https://www.bigbadtoystore.com/bbts/product.aspx?product=ENB10092&mode=retail

NEW MIRACLE ACTION FIGURE EX – MAFEX
Medicom brings No.032 Joker and No.33 Harley Quinn from the 2016 Suicide Squad movie to life in their MAFEX lineup! Each figure features about 20 points of articulation, stands just over 6 inches tall, and includes character specific accessories, interchangeable heads, and articulated display stands. $49.99 each
https://www.bigbadtoystore.com/bbts/search.aspx?search=mafex

DC COMICS JUMBO FIGURES
The DC Super Powers version of The Joker, Batman, and Robin are joining Gentle Giant’s Jumbo figure collection. The Joker comes with his ridiculously oversized mallet, Robin features his signature yellow cape, and Batman features his blue and gray costume with fabric cape. The figures are made of high quality vinyl and come in re-sealable blister packaging that features retro artwork. $80.99 each
https://www.bigbadtoystore.com/bbts/search.aspx?search=gentle%20dc%20jumbo

GOD OF WAR 3 ULTIMATE KRATOS
This menacing 7" scale action figure features over 30 points of articulation and an incredibly realistic sculpt. Kratos is fully equipped to do battle with the gods themselves with two flaming Blades of Athena, two Cestus gauntlets, and two interchangeable head sculpts based on both the promotional art and in-game models. $24.99
https://www.bigbadtoystore.com/bbts/product.aspx?product=NEC12761&mode=retail

NEW FUNKO ITEMS
A ton of new Pop! figures are up for preorder including the Big Friendly Giant from the upcoming The BFG movie; Jesse, Cassidy and Arseface from the new AMC series Preacher; classic animated characters like Rick & Morty and Space Ghost; the adorable dragon Elliott from Pete’s Dragon; Jen, Kira & Fizzgig, Aughra, The Chamberlain Skeksis, and Ursol the Chanter from The Dark Crystal; The Green Arrow and two versions of Speedy from the hit CW series Arrow; and the dastardly villain known as Zoom from CW’s The Flash series.
https://www.bigbadtoystore.com/bbts/list.aspx?list=21083

TITANFALL 20” IMC OGRE WITH PILOT FIGURE
This incredibly detailed and highly poseable IMC Ogre from Titanfall stands 20 inches tall and has over 100 articulated parts, including the fingers! IMC Ogre features real pistons to control movement of the waist and feet, cannon with ammo drum, opening hatch with cockpit that fits the included 6” pilot figure, multiple light-up features, and an articulated tri-missile launcher with missiles. $429.99
https://www.bigbadtoystore.com/bbts/search.aspx?search=threezero%20titanfall

NEW THIRD PARTY FIGURES
The Generation Toy GT-04 stands nearly 7 inches tall in robot mode and transforms into a sports car for $99.99; and the SteelPests Team SPT01 Steel Bug stands 6 inches tall, transforms into a battle tank and is armed with two blasters and a shovel for $54.99
https://www.bigbadtoystore.com/bbts/list.aspx?list=21097

STAR WARS EPVII 18” DELUXE BB-8 FIGURE
From a galaxy far, far away, your favorite Episode 7 droid comes to life from JAKKS Pacific. Inspired by the Star Wars film The Force Awakens film, BB-8 stands 18" tall (in scale to other 31" figures) and is highly detailed. He includes lights, sounds, and spinning dome. Open his chest compartment to reveal a real working tech arm! $64.99
https://www.bigbadtoystore.com/bbts/product.aspx?product=JAK12653&mode=retail

ASSASSIN’S CREED 2016 MOVIE ITEMS
McFarlane Toys has just announced a couple of cool new items based on the 2016 Assassin’s Creed movie starring Michael Fassbender as Callum Lynch, who experiences the adventures of Aguilar, his ancestor from 15th century Spain. The Aguilar Figure is 7” tall, was sculpted using 3D scans of the actor, features his iconic Assassin robes and weapons and is #12 in the Blue Wave Color Tops Collector Edition line; and the Aguilar’s Hidden Blade roleplay gauntlet features button activated hidden blade play action and includes a cinch cord for a comfortable fit on adult arms.
https://www.bigbadtoystore.com/bbts/search.aspx?search=Assassin%27s%20Creed%202016

NEW LITHOGRAPHIC PRINT SETS
The DC Bombshells Lithographic Print Set includes 9 stunning prints featuring female DC characters in the Bombshell style by Ant Lucina and the Ghostbusters Lithographic Print Set includes 8 archival quality prints each featuring artwork by a different artist. The lithographic prints in both sets are 12” x 8” and will create a beautiful display on any wall.
https://www.bigbadtoystore.com/bbts/search.aspx?search=lithographic%20print

MIRACULOUS: TALES OF LADYBUG AND CAT NOIR
Re-live the adventure of the hit Nickelodeon show with this collection of figures including the 10.5 inch tall fashion dolls and 5 inch tall articulated figures of Ladybug, Marinette, Adrien, and Cat Noir; and the limited articulation Jump & Fly Ladybug and Cat Noir figures.
https://www.bigbadtoystore.com/bbts/search.aspx?search=LADYBUG

MP-29 MASTERPIECE DESTRON LASERWAVE WITH MEGATRON GUN
The MP-29 Masterpiece Destron Laserwave (Shockwave) is so popular it is being released again with all the same features and accessories, but this version now includes a bonus Megatron Gun! $169.99
https://www.bigbadtoystore.com/bbts/search.aspx?search=MP-29

THREE KINGDOMS SERIES 1/6 GUAN YU AND HORSE
Guan Yu was a general during the late Eastern Han dynasty. He played a significant role in the civil war that led to the change of ruling leadership during the Three Kingdoms period of Chinese history. The 1/6 scale figure of Guan Yu features real fabric beard, interchangeable hands, a highly detailed multi-piece costume, and multiple weapons. We also have his red horse that includes a saddle with matching bridle, a harness and a cento.
https://www.bigbadtoystore.com/bbts/search.aspx?search=three%20kingdoms%20series

BLOODBORNE TAPESTRIES
Gecco is pleased to announce a brand new collectible fine art tapestry from the mega hit action RPG Bloodborne. One banner features the Hunter in the cursed city of Yharnam and the other features “Lady Maria of the Astral Clocktower”. The splendid artwork is perfectly recreated on the highest quality, thick double-suede polyester, and the fabric captures the color brilliantly. $39.99 each
https://www.bigbadtoystore.com/bbts/search.aspx?search=Bloodborne%20Tapestry

STAR TREK 50TH ANNIVERSARY ART PRINT
QMX is honoring Star Trek with the starship Enterprise silhouetted against a blazing yellow sun. Below is this quote from Spock in The Tholian Web (Season 3, Episode 9 of the original TV series): "In critical moments, men sometimes see exactly what they wish to see." Printed on 100 lb. satin-finish paper, this 27” x 40” art print would be a great gift for any Trekkie! $19.99
https://www.bigbadtoystore.com/bbts/search.aspx?search=STAR%20TREK%2050TH%20ANNIVERSARY

NEW BANDAI JAPAN
A few highly anticipated figures from Bandai Japan have arrived this week including the S.H.Figuarts Freddie Mercury in his iconic yellow jacket from the 1986 Live at Wembley Stadium concert and featuring head sculpts created using digital facial printing technology that brings each expression to life; the Dragon Ball Z S.H.Figuarts Beerus the Destroyer, complete with interchangeable yawning face, head, and hands; and the S.H.Figuarts Lupin the 3rd and Fujiko Mine from the popular Lupin the Third manga.
https://www.bigbadtoystore.com/bbts/list.aspx?list=18640

KRE-O G.I. JOE BUILDING SET EXCLUSIVE
Join the battle against Cobra with this Kre-O G.I. Joe building set! You can literally assemble an elite G.I. Joe fighting force led by Sgt. Slaughter, and then take the fight to Destro and the Iron Grenadiers. This set also includes a bonus Triple ‘T’ Tank to help Slaughter’s Marauders win the battle! With Kre-O G.I. Joe sets, building is half the battle! $39.99
https://www.bigbadtoystore.com/bbts/product.aspx?product=HAS24547&mode=retail

ONE:12 COLLECTIVE STAR TREK SPOCK
Spock, one of the most iconic and enduring characters from the original Star Trek series is joining the One:12 Collective lineup! Spock is wearing a real fabric uniform and features incredible sculpted details that capture the likeness of Leonard Nemoy as Spock. With alternate head, alternate hands, and multiple accessories, this figure is sure to “Live long and prosper” in your Star Trek collection! $70.00
https://www.bigbadtoystore.com/bbts/search.aspx?search=mezco%20trek

LDD SERIES 31: DON’T TURN OUT THE LIGHTS
A rustle in a dark corner, a bump in the night, a noise under the bed can all cause such a fright. These are the things of bad dreams and plight, we strongly suggest you Don’t Turn Out The Lights. The Living Dead Dolls newest nightmarish series is based on the things that make us afraid of the dark and features five dolls who exist only in the twilight: Umbral, Kreek, The Dark, Bea Neath, Thump. Each doll is 10 inches tall with 5 points of articulation, real cloth clothing and is packed in their own coffin complete with death certificate. Case of 5 is $124.99
https://www.bigbadtoystore.com/bbts/search.aspx?search=living%20dead%2031

NEW THIRD PARTY
TW-C03 Burden and TW-C04 Allocater are part of the latest combining figure from ToyWorld that will be an incredible 20 inches tall when all six robots are combined! These construction vehicles feature very nice detailing including rubber wheels, LED lighting, movable vehicle tracks and shooting weapons. $99.99 each
https://www.bigbadtoystore.com/bbts/list.aspx?list=18325 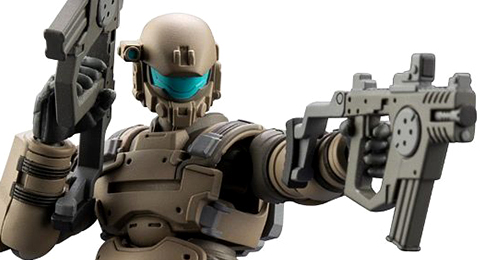 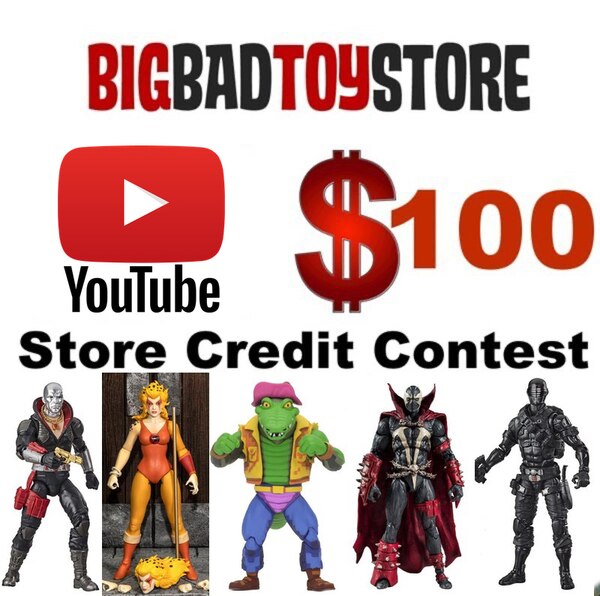 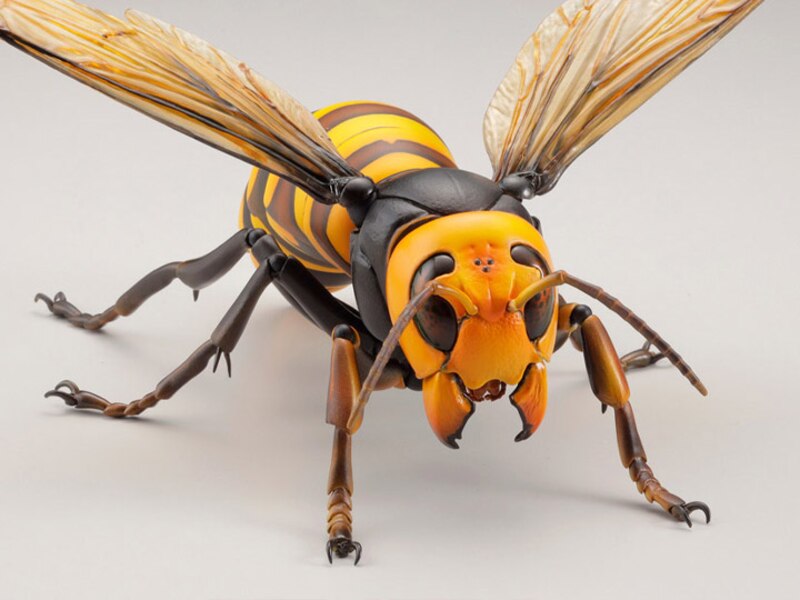 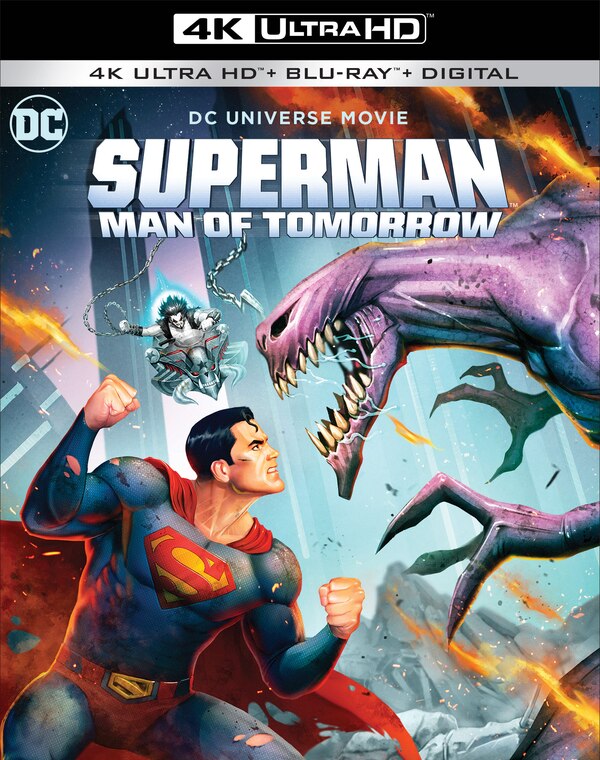