DC Comics
by Jay Cochran
March 16, 2009
Here is a look at Mattel's upcoming DC Universe Classic Ultraman and Alex Luthor 2-Pack figures which will be sold as a MattyCollector.com exclusive starting on April 15, 2009. Check out the image below.
Image 1 of 4 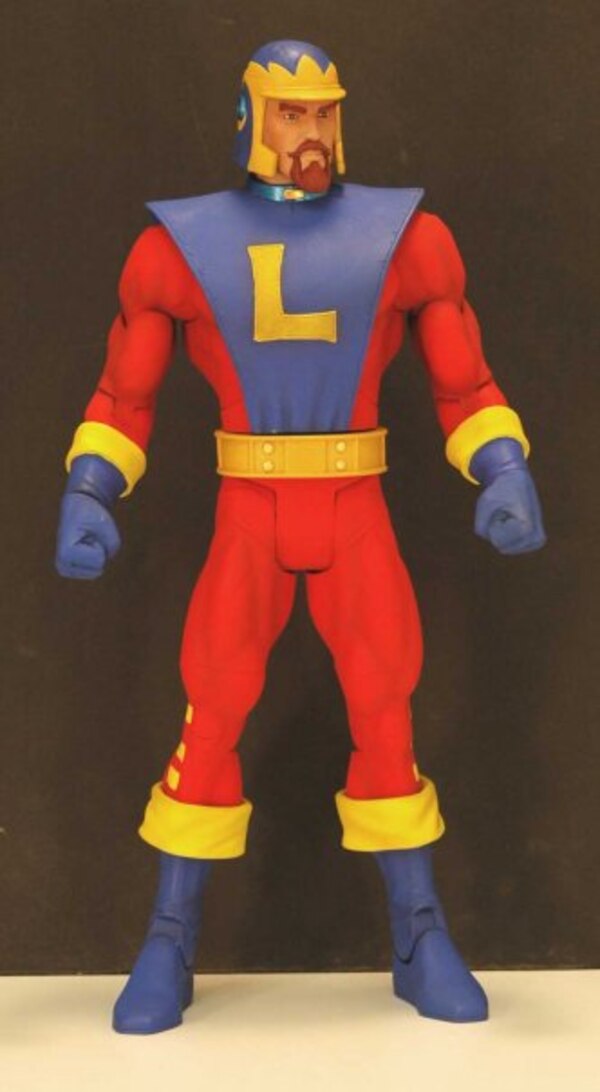 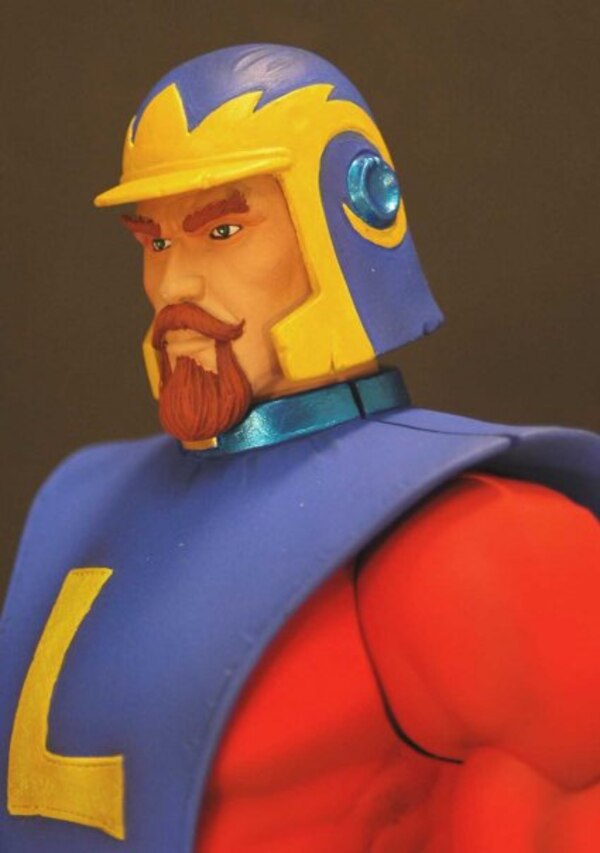 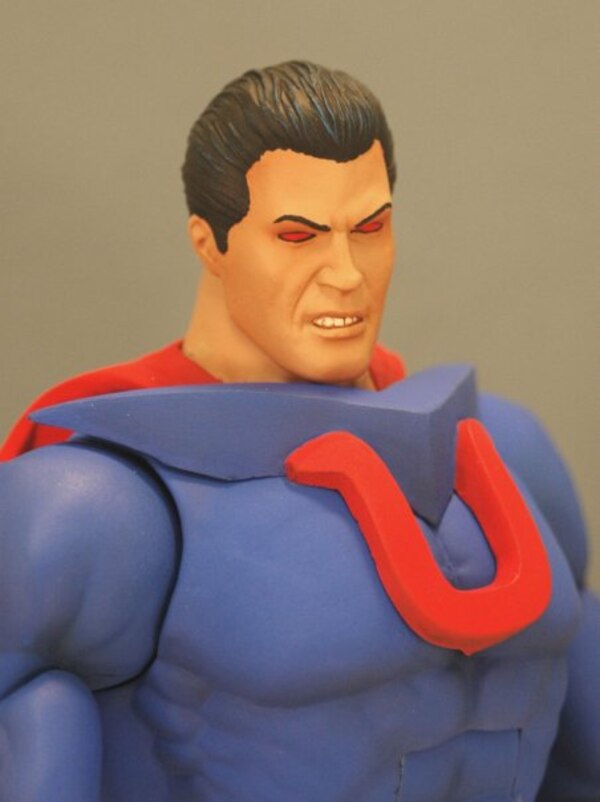 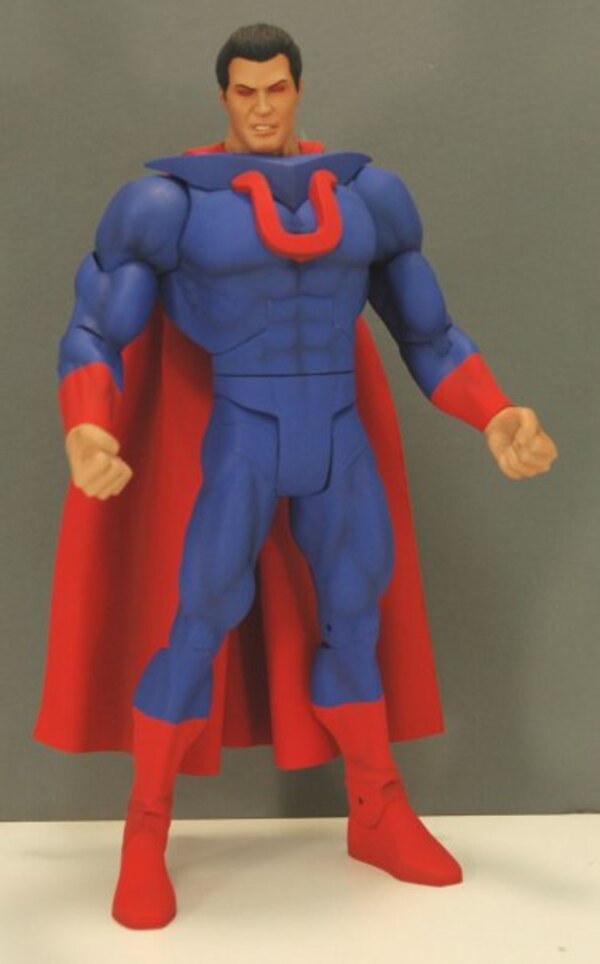 I question any of you collecting these toys who don't even know who the #$## they are. DC Comics needs your sales more than Mattel does. If you aren't a DC reader, stop scalping and leave these items for the REAL fans to enjoy.

Ultraman is the Superman of the anti-matter universe. In his universe, villains populate the earth and Alexander Luthor is the only super hero. His son is Alexander Luthor Jr, the hero of the first Crisis and main villain of Infinite Crisis. I believe these versions are "Earth 3" versions, pre and present first Crisis.

The current Ultraman is dead. He became a vampire in Final Crisis after being destroyed by Mandrakk.

The problem is nobody ever agrees on what should be made. I just made point of JLU cause everybody cried that they would buy these figures if they were made then we see that was alot of talk. The line is called DCUC but most want Modern Figures made. But it is ok I just don't want to see DC stuff off the site and only he-man stuff sold. Maybe they will go to making just main characters Batman, Superman stuff.

Nice first post Josh, welcome aboard!!! I agree!! If they stop selling figures that no one wants online, so be it!! With times being as they are, I pick and choose what I want to get, spending willy nilly is not the way to go, nor is it the way to support your favoriite lines, we dictate with our dollars what should be released, not the other way around!!!

In response to the comment about buying the set for fear of Mattel not producing potential characters in the future due to lack of support,... That is a terrible argument to make.

Why should i buy an action figure set an an exclusive price for the sake of just spending money, because Mattel is not smart enough to make characters that people want. Would you buy a car you didn't like from GM just to support the company from failing? If a company makes a crappy product that people do not want... then it makes no sense to support it.

Personally, I'm glad this is an online exclusive... that way everyone who wants one I'm sure will have plenty of oppurtunity to purchase. If this was for retail..we would be looking at 2 pegwarmers. But if by not buying this set, Mattel threatens not to make more figures... then tough for mattel.

Everyone spends their money differently, and that's fine, but don't be suckered by that ridiculous "fear" statement.

People made the same argument for the Target exclusive UBP Sarlac pit, (I liked it so i bought it for the 54.00) but many people hated it, and if they did then they absolutely should not have bought it. That will keep these companies from becoming lazy (like in the JLU line which deserves to fail, for it's cheap production method of reused bodies) or from overpricing (only suckers bought the Starwars UBP's for $75).

My philosophy in collecting is buy what you like for a price you want it at, if the line fails then so be it... don't get bullied.

For those of you who say they are passing on figure then in same breathe think that there will be another set you can get.Mattel has send that if that don't get support for these figure they will stop selling on Matty. Which mean on retail getting various batman and superman set in each future waves. Look at JLU almost over.

Not bad for character choices but not the best costume and look for them. Don't really match with the rest of the DCUC.

Unless they do more that tie into the Crisis maxi-series.

2. Good luck if they are being sold on Matty (see Faker)

Not bad for character choices but not the best costume and look for them. Don't really match with the rest of the DCUC.

I guess if you aren't a vet reader, you appreciate these new sculpts more. I'm buying.

I dont like Luthor, Dont know who he is. Havent read DC since Hush, which doesnt make me a regular reader. Everything I know from the DCU is for the cartoons or becasue they appeared in a comic book I read. I like Ultraman, but it doesnt worth the 25 + shipping.