DC Comics
by Jay Cochran
December 28, 2012
A Kotobukiya Japanese import! Kotobukiya’s line of DC Comics “New 52” ARTFX+ Statues continues, capturing the new looks and costumes of heroes in the Justice League. Joining the previously announced Superman, Green Lantern, Flash, Aquaman, Batman, and Wonder Woman is the final member of the team, Cyborg! Victor Stone was a student athlete who was caught in an explosion at S.T.A.R. Labs while visiting his father Silas. Seeing his son barely clinging to life, Silas performed a radical procedure implanting all sorts of alien and experimental technology into Victor. Reborn as part man and part machine, the young man finds himself defending the Earth against Darkseid alongside its greatest heroes as Cyborg!

Accepting his newfound powers and the responsibilities they entail, Cyborg completes the elite lineup of the ARTFX+ Justice League. The technological hero is armored from head to toe with smooth panels interspersed with layered plates and segments. The sculpting detail on Cyborg is phenomenal, with intricate cybernetic mechanisms including the complex interlocking sections on his torso, heavy boots, and the powerful weapon on his right arm. Under all of that metal is still the heart and soul of a young man, and the only flesh and blood part of Victor that’s visible is three-quarters of his face and a sliver of his scalp.

Cyborg stands nearly 8 ˝ inches tall in the ARTFX+ 1/10th scale, and was sculpted by Atelier Bamboo (Goutaro Takeuchi). Like his allies, magnets in his feet give him excellent stability on the included Justice League logo display base. Cyborg completes the Justice League lineup, so be sure to collect them all! 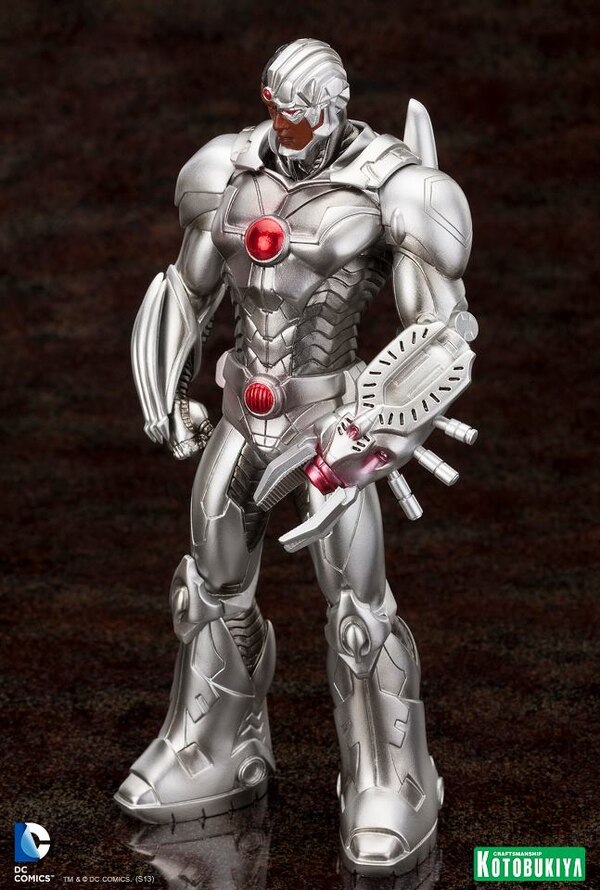 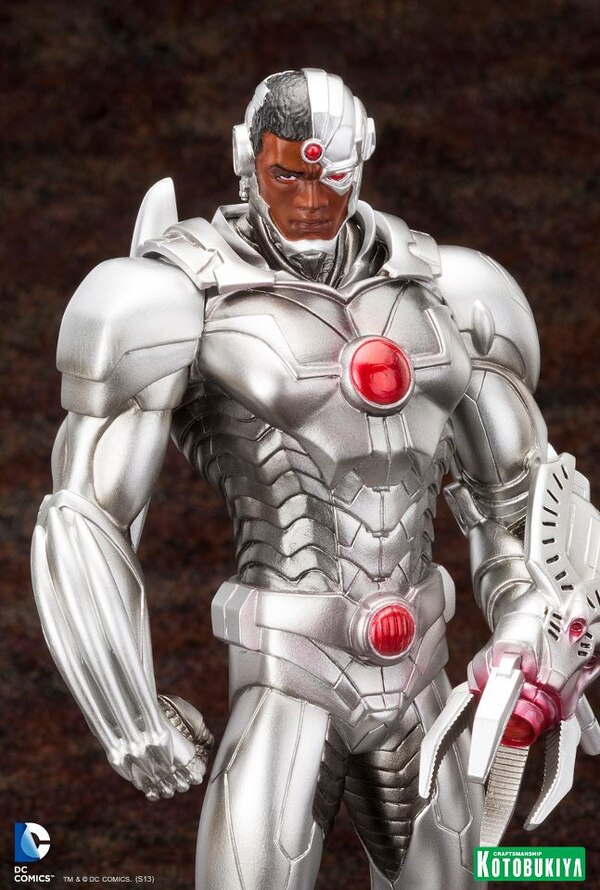 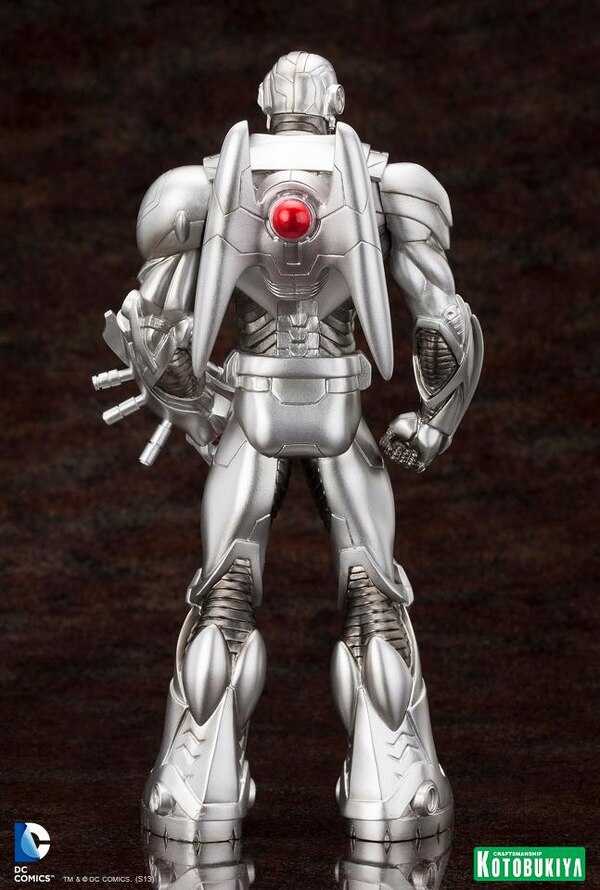 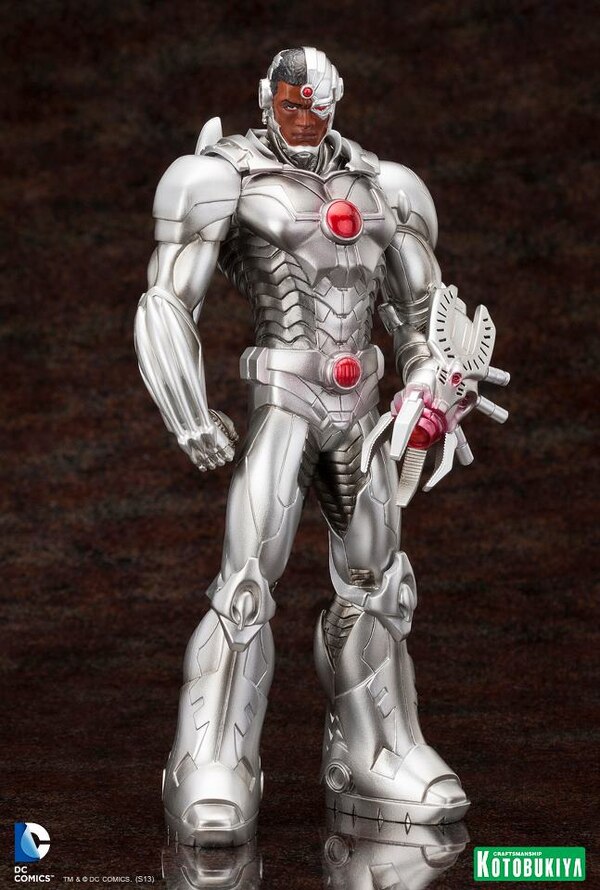 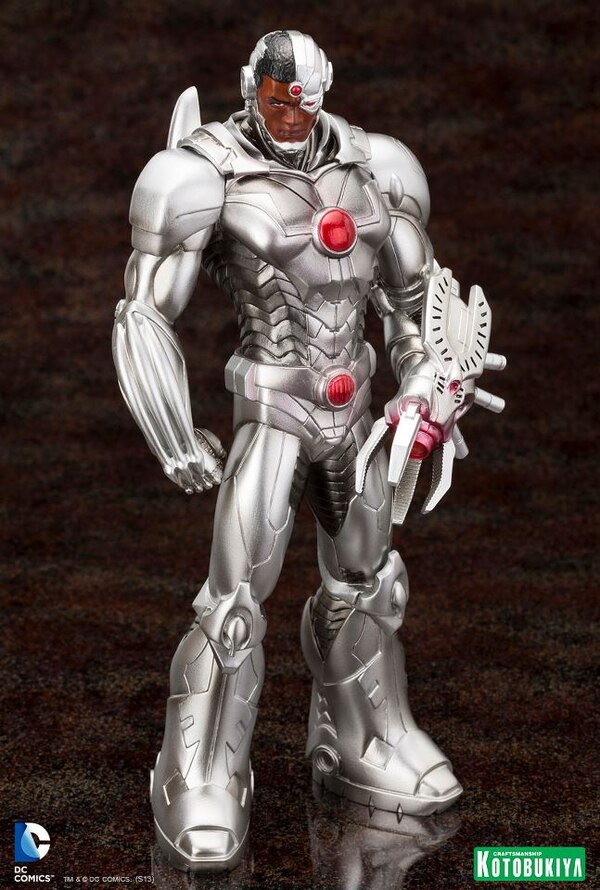