This 1/12th scale fully posable collectible action figure is fashioned on a hyper-articulated body with over 30 points of articulation and costumed in an exclusive dark blue and grey real fabric costume brandishing the all black bat symbol as seen in The Dark Knight Returns graphic novel.

Each figure is packaged in a deluxe, fifth panel window box with translucent acetate slipcover. Designed for collector convenience, the packaging has been especially engineered to allow for both maximum protection without sacrificing ease of removal for display.

One- pair of fists

One- pair of "holding" hands

One- pair of posing hands

One- pair of "Batarang" hands

One- interchangeable boot with pistol holster

One- grappling hook with climbing rope

This One:12 Collective Dark Knight Returns Batman limited edition will be exclusively available at MezcoDirect.com beginning on Black Friday (November 28th).
Image 1 of 4 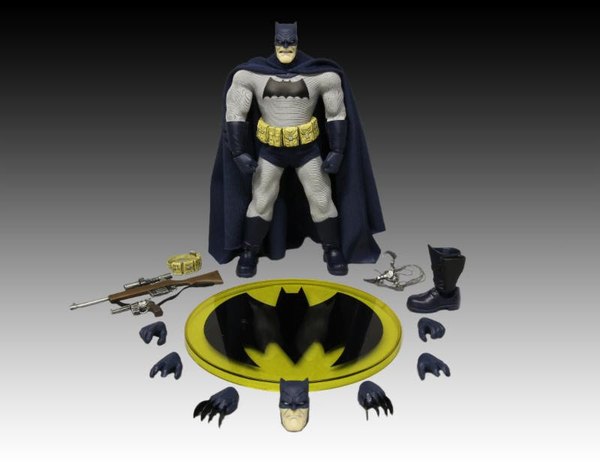 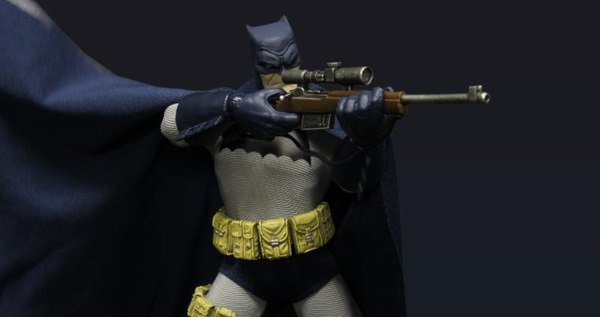 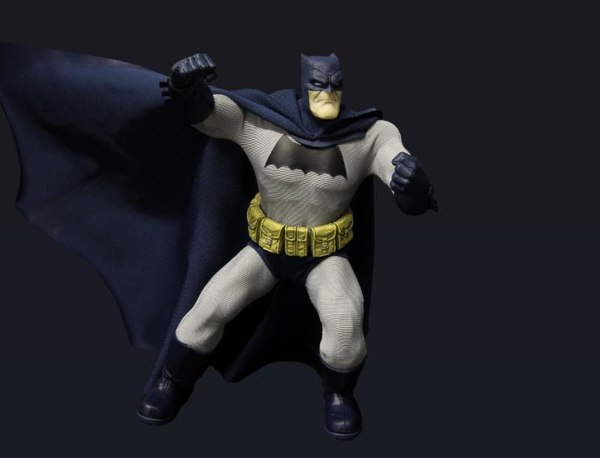 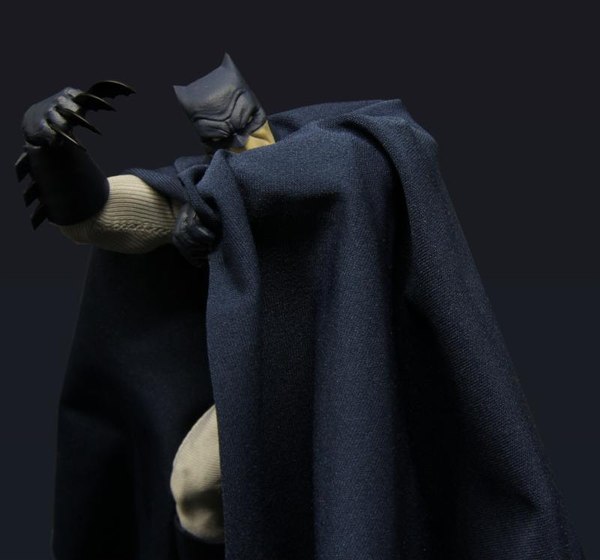 Search Online Stores for One:12 Collective Re