DC Comics
by Jay Cochran
June 03, 2015
The Dark Knight isn’t seeking tricks or treats when Gotham City’s most lethal villains take to the streets on Halloween night in the newest DC Comics animated film - Batman Unlimited: Monster Mayhem. Produced by Warner Bros. Animation and DC Entertainment, the original movie arrives from Warner Bros. Home Entertainment on Blu-ray Combo Pack and DVD on August 18, 2015 for a $19.98 SRP, and via Digital HD on August 4.

It’s Halloween night in Gotham City and Scarecrow, Clayface, Silver Banshee and Solomon Grundy have hit the streets to stir up trouble! Batman is on the trail of the city’s spookiest villains while, further complicating matters, the clown prince of crime himself, The Joker, is ruling over this mysterious crew of misfit criminals. It’s up to the Dark Knight to stop this gruesome gang before they unleash “digital laughter,” a computer virus that’s part of a diabolical plan to jeopardize all of Gotham City’s vital technology. Batman, Green Arrow, Cyborg, Nightwing and Red Robin must combine forces to battle these baddies and save the city.

GOTHAM 2030: Designing a Future World – The artistic team responsible for bringing this future Gotham City to life will take you on an exploration of their creative process, from their earliest concept sketches through the final eye-popping landscapes. Welcome to a Gotham City of tomorrow! 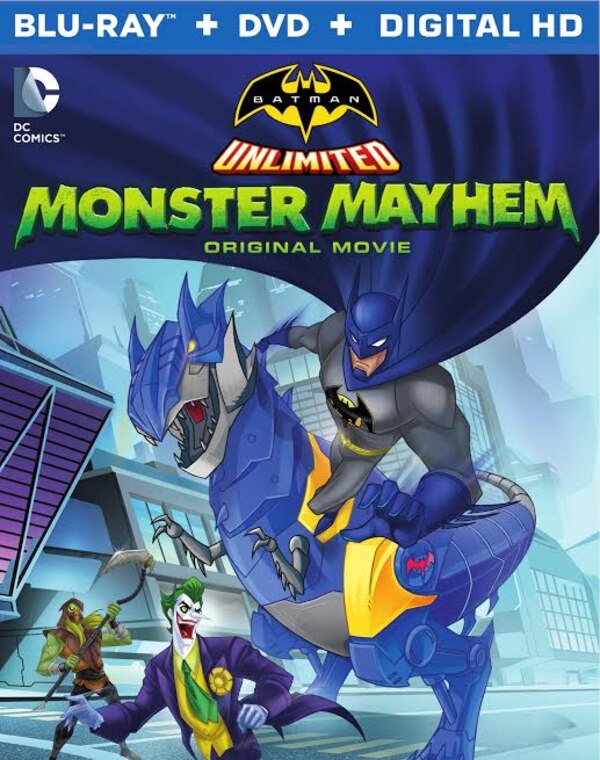