DC Comics
by Jay Cochran
May 01, 2018
Mezco revealed some sneak-peeks for upcoming Batman related One:12 Collective items today for what they call Batman Day.

Looks like they will be releasing a Commissioner Jim Gordon figure with working Bat-Single as well as a 6" scale comic book based Batmobile. 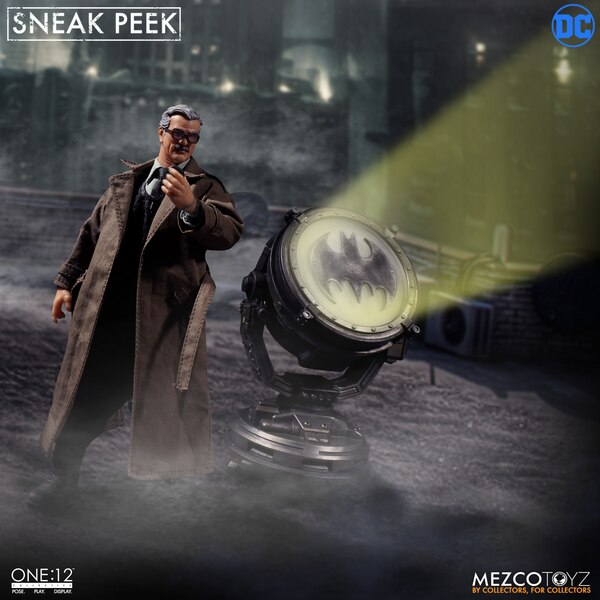 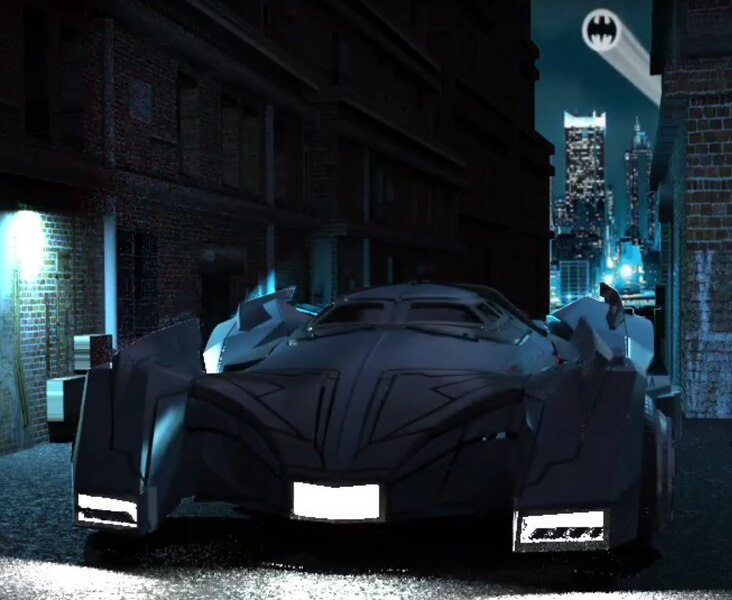 Now this isn't the first time Mezco has tried to give us a 6" scale Batmobile. Back in 2016 during Toy Fair they showed off a Dawn Of Justice version which unfortunately never made it into production. 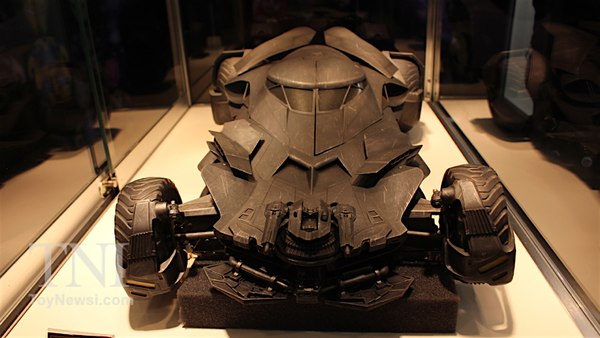 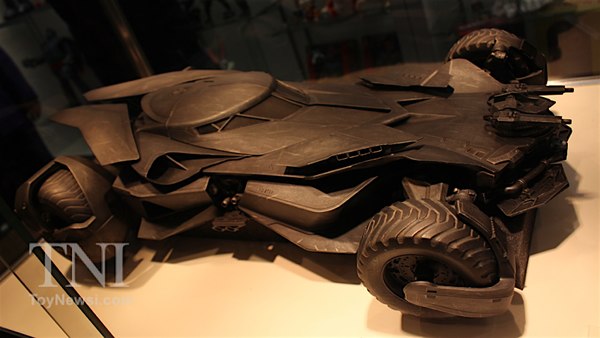 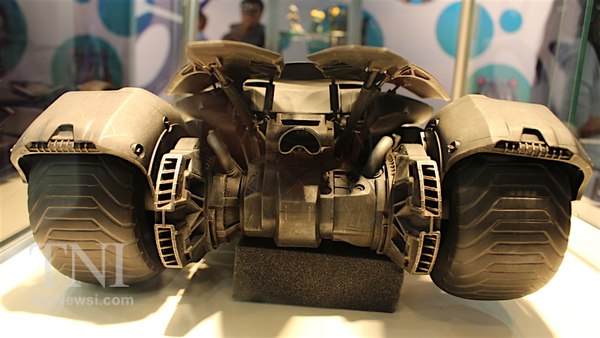 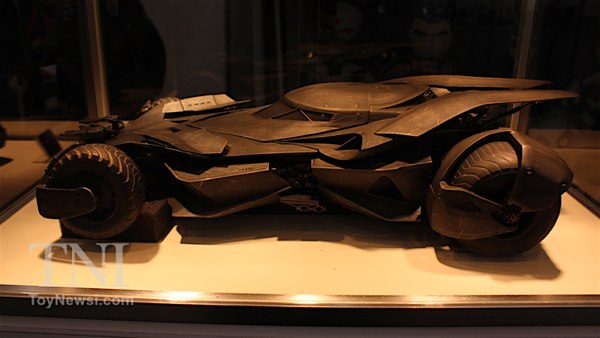 Let's hope they have better luck with this new one and getting it out on the market.

Finally today they announced a Mezco Toyz exclusive One:12 Collective Purple Suit Catwoman variant figure which will cost $80 and be released this Fall.

Featuring her classic all purple bodysuit with black accents, the notorious cat burglar comes complete with a whip, waist belt with an opening tool kit, removable backpack, and removable goggles.

Whether she’s eluding the caped crusader or involved in a complicated relationship with him, the alliance between Catwoman and Batman has made them an incomparable and unstoppable duo.

ACCESSORIES:
One (1) pair of goggles (Fit both masked heads)
One (1) backpack (removable)
One (1) whip
One (1) waist belt with cat burglar tool kit (non-removable) 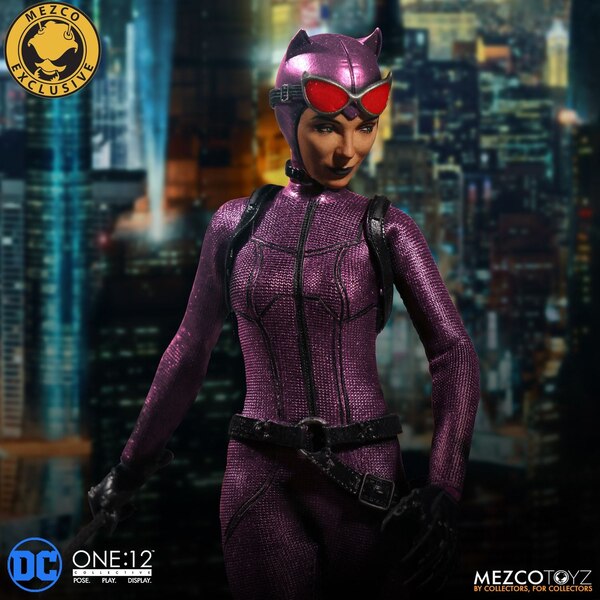 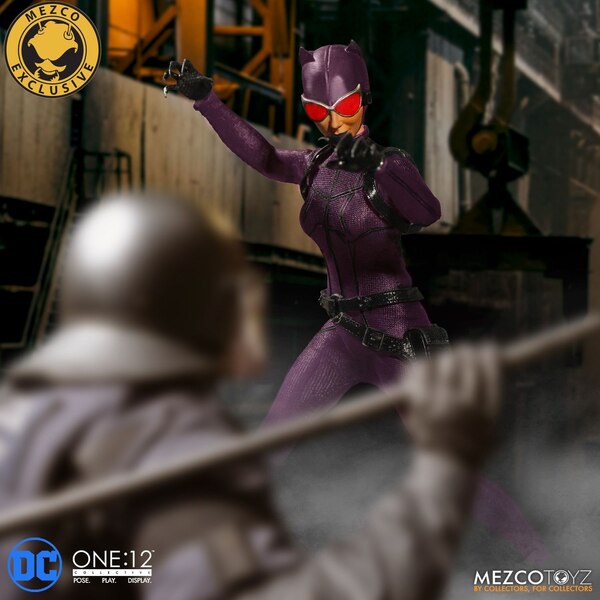 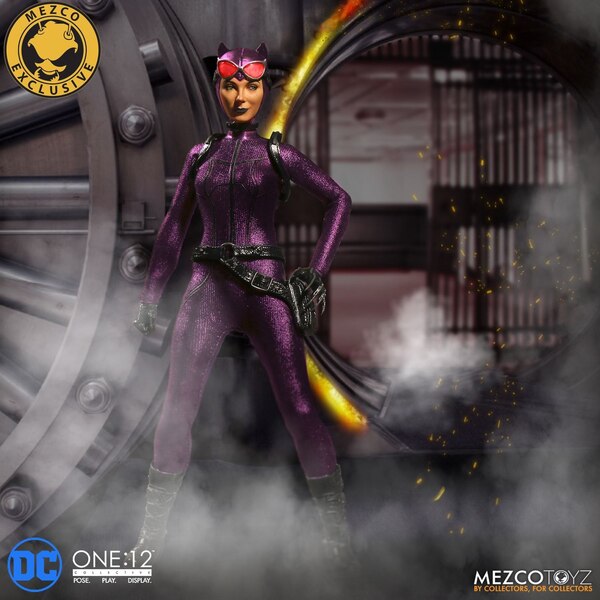 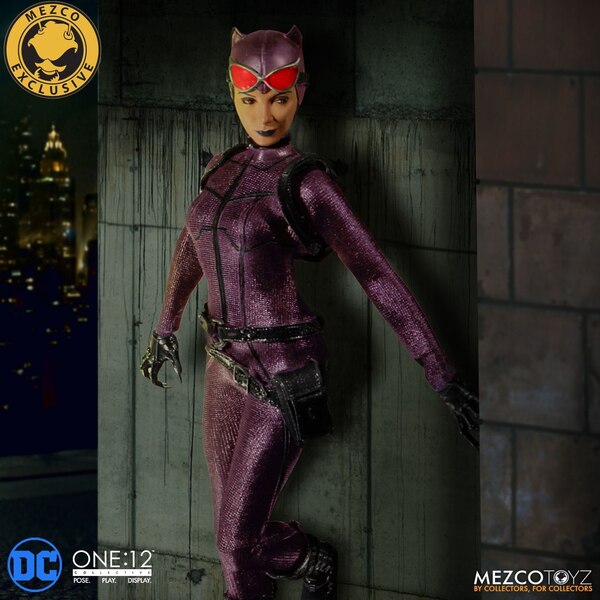 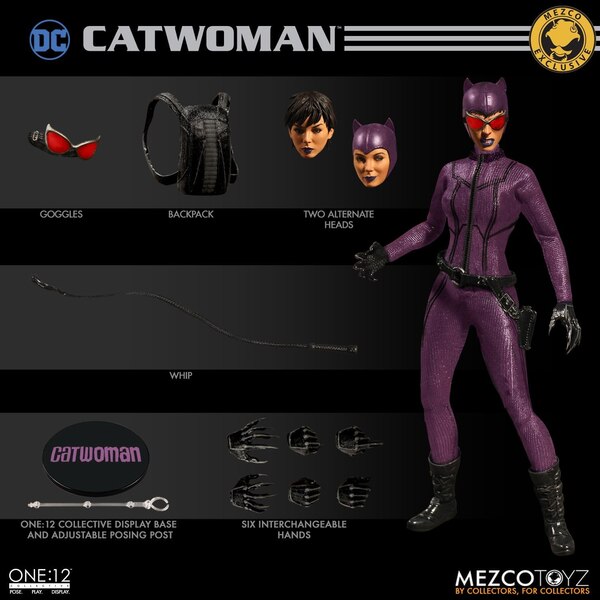