DC Comics
by Jay Cochran
May 31, 2019
In the 1991 Batman Versus Predator comic book mini-series co-published by DC Comics and Dark Horse, the hunter becomes the hunted as Batman faces a deadly Predator stalking Gotham.

The set includes two brand new, 7” scale comic book based figures, both with over 30 points of articulation. Batman features a fabric cape and comes with a gun and bat accessory. The Predator features 2 heads, removable backpack, retractable wrist blades and spear accessory."

This action figure 2-pack is inspired by classic comic book mash-ups! This set is based on a DC/Dark Horse mini-series and comes in window box packaging with embossed opening flap.

This will be made available in limited numbers to those not attending SDCC on the NECA store. See more details on how to obtain the set if not attending the convention here.
Image 1 of 18 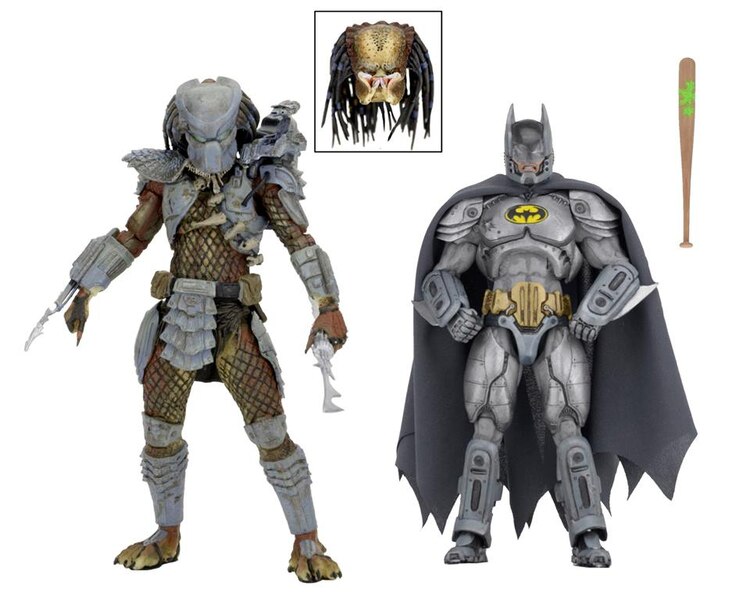 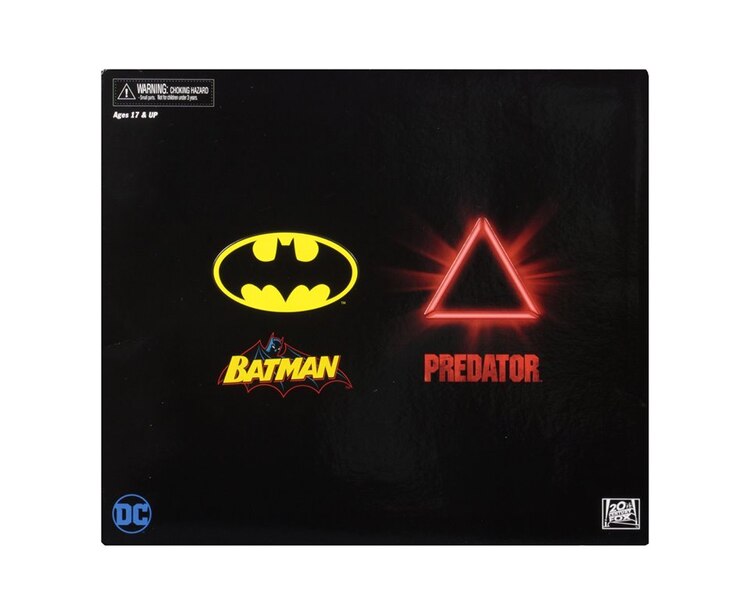 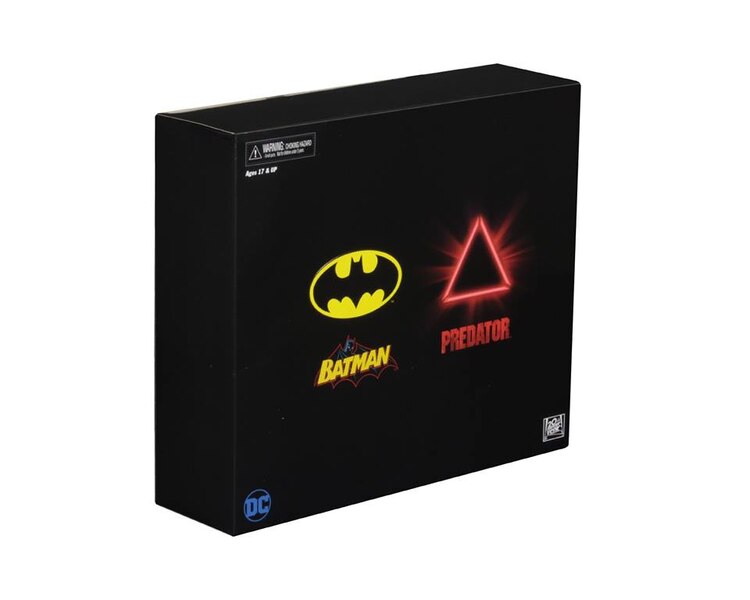 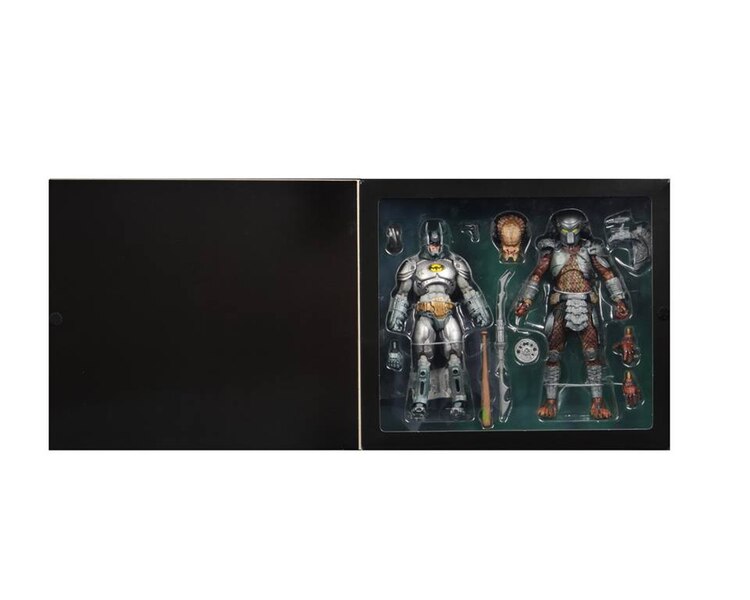 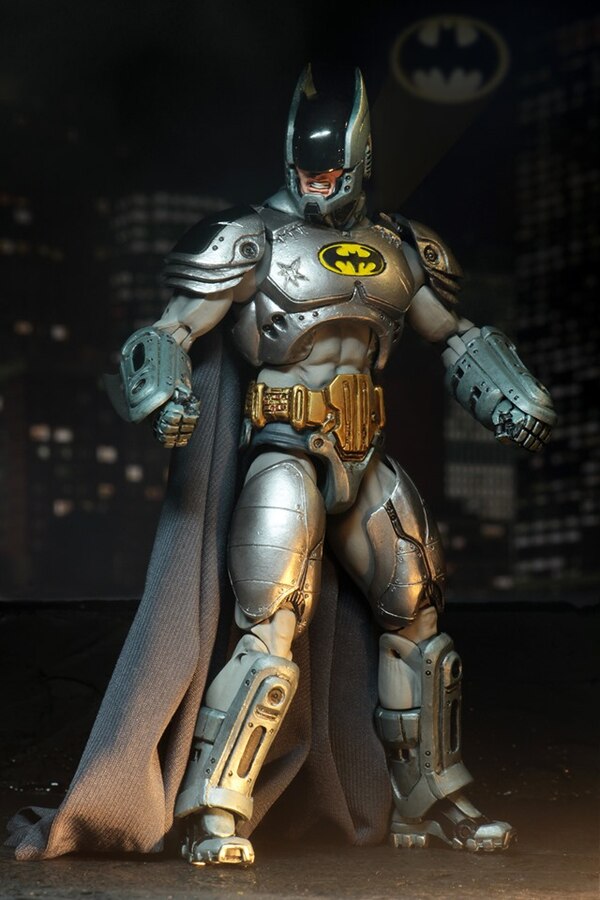 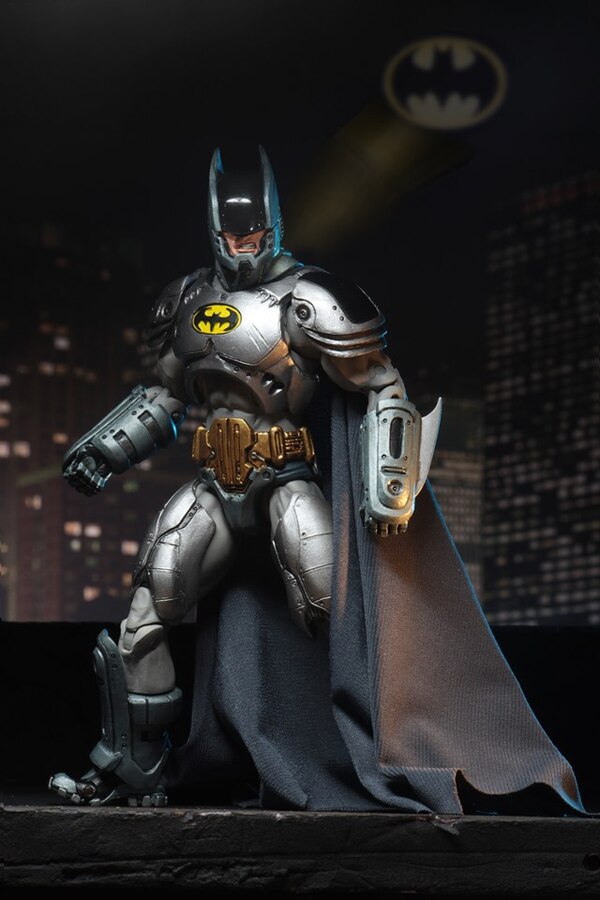 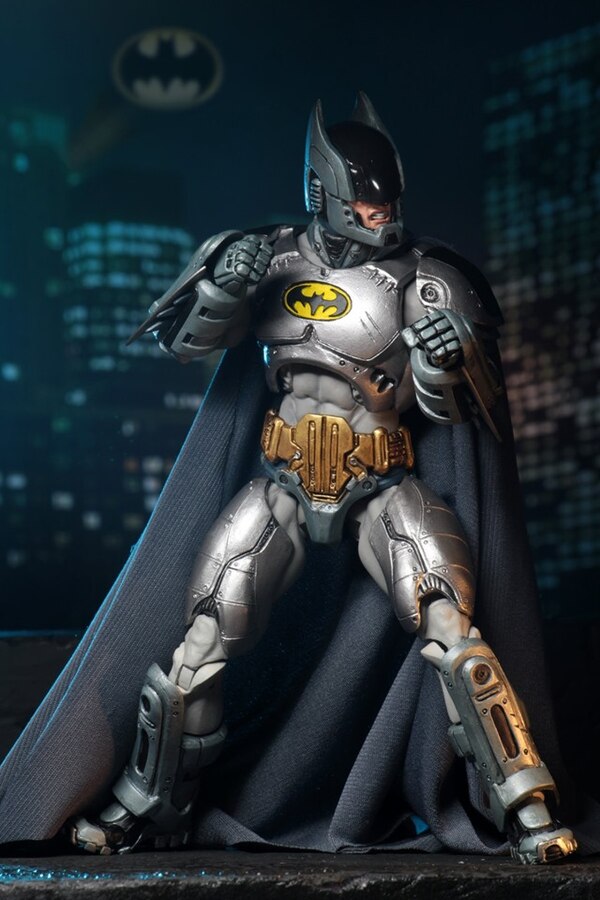 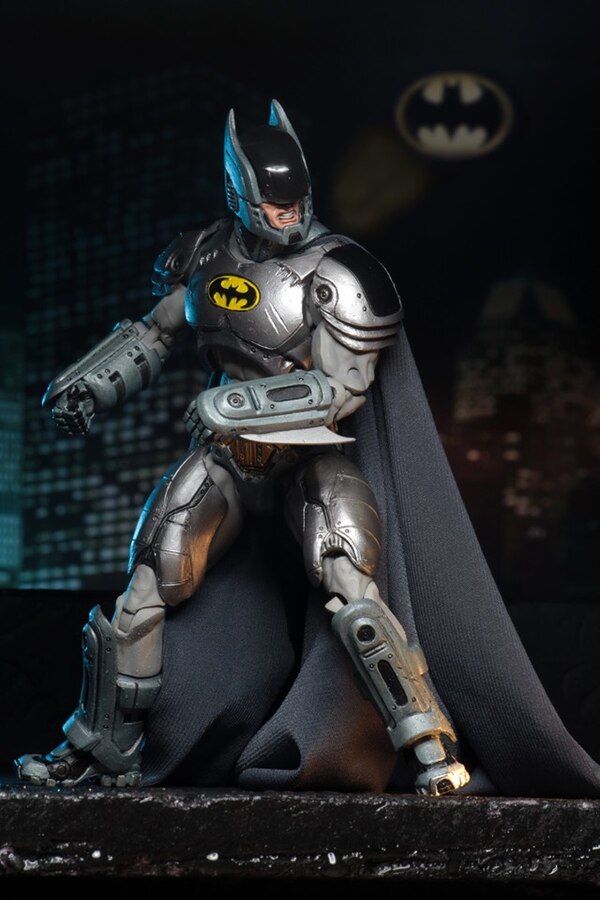 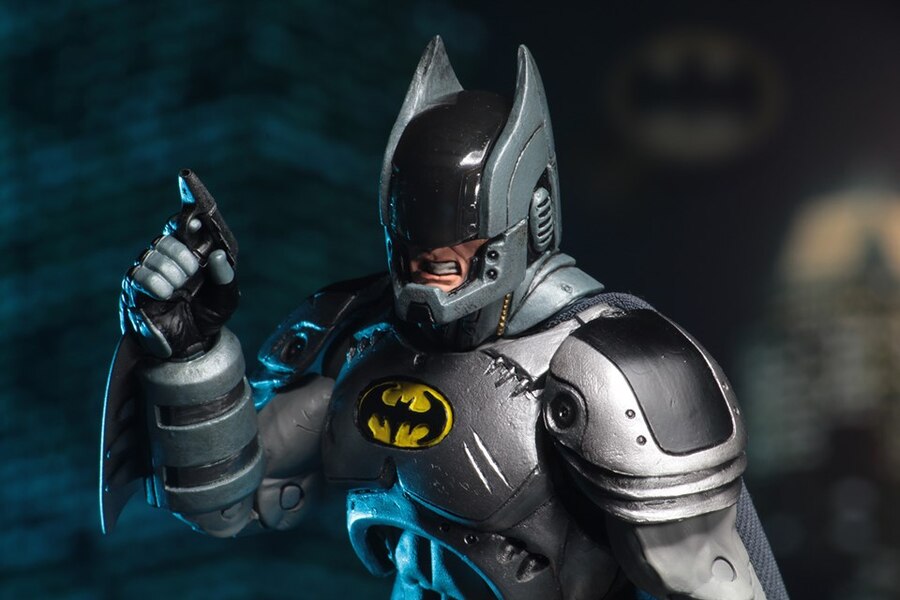 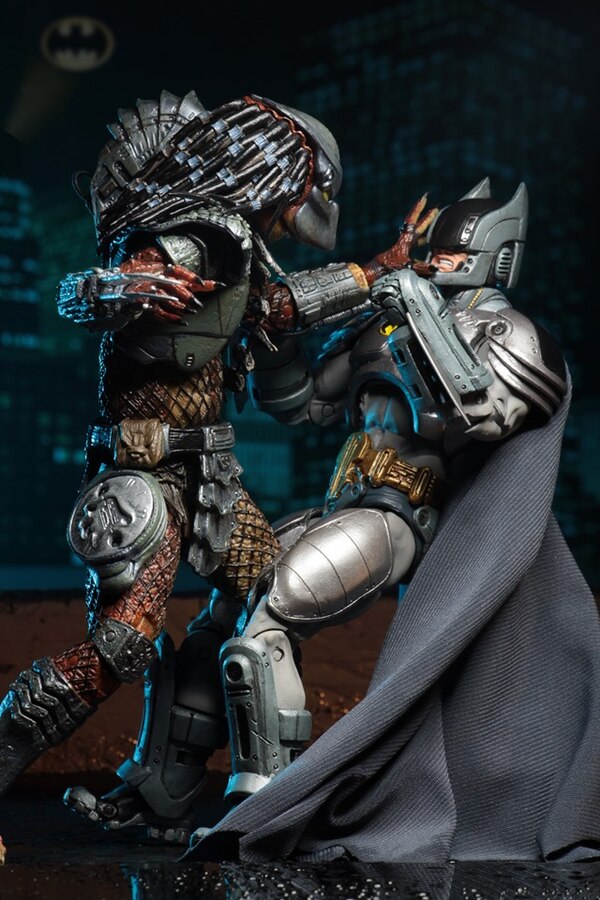 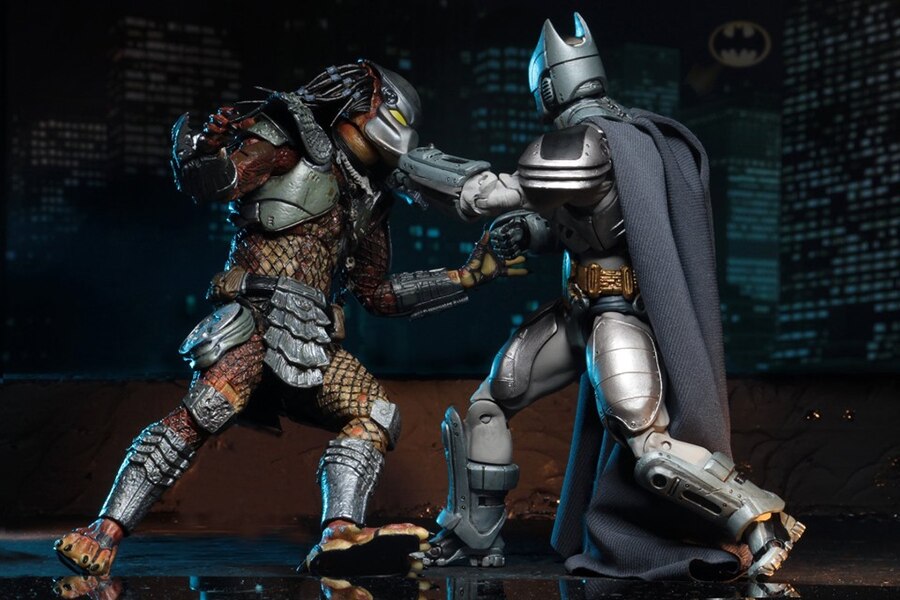 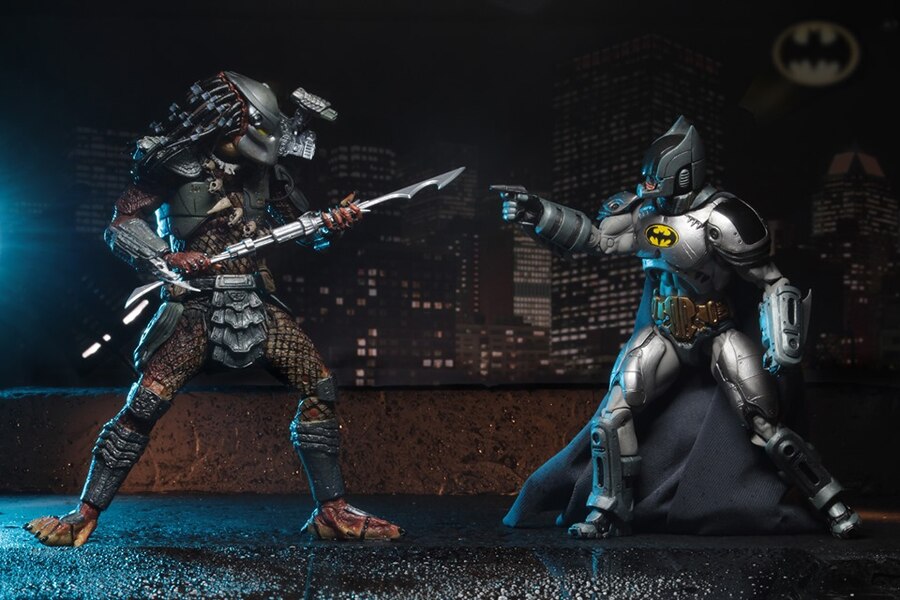 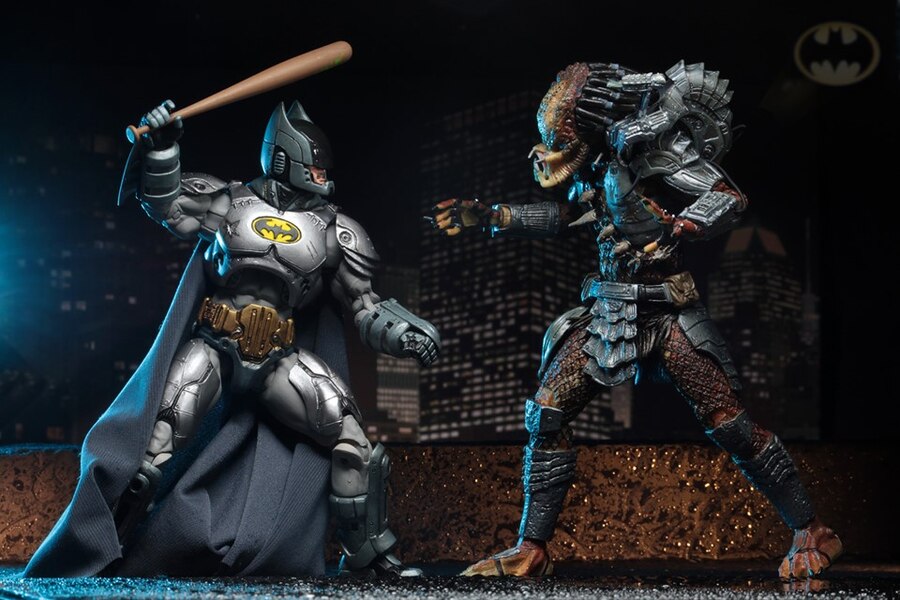 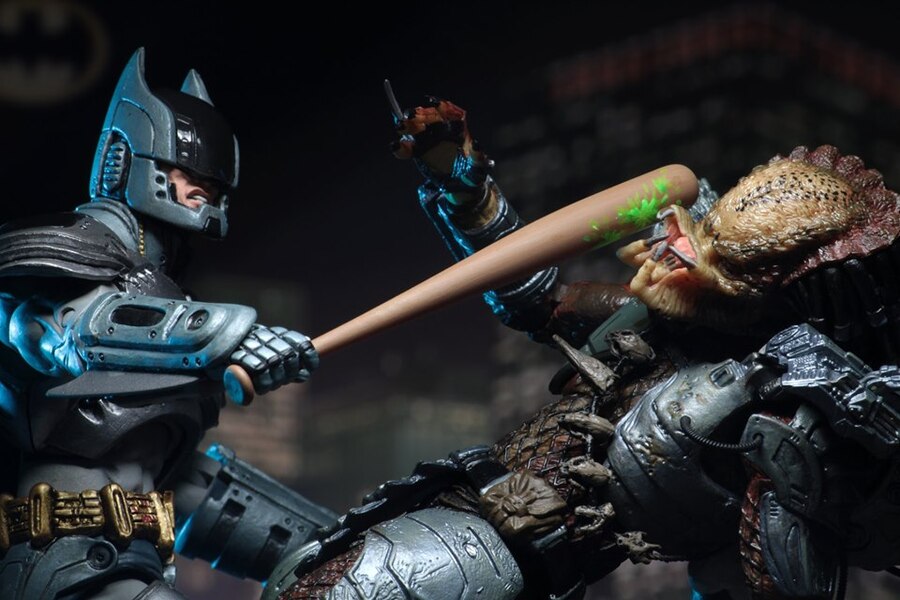 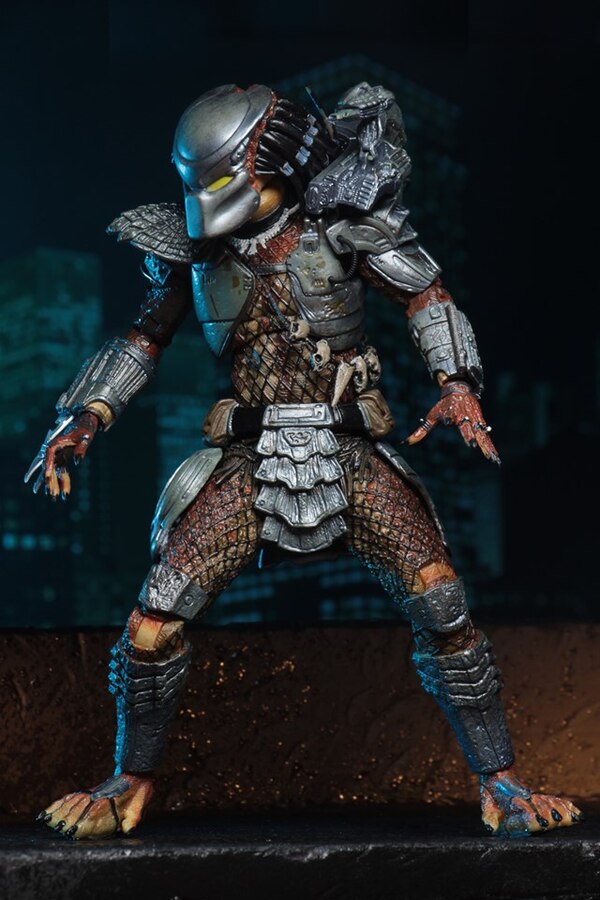 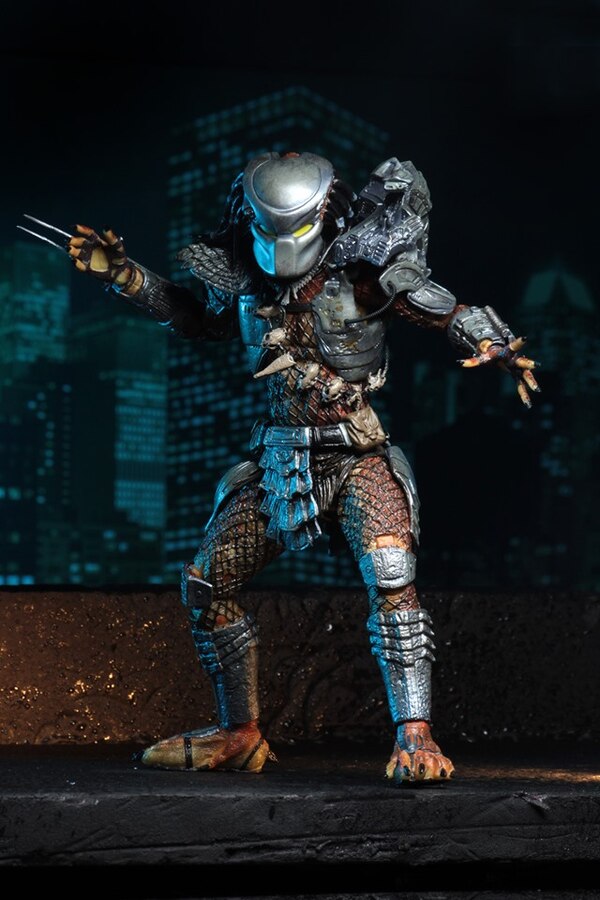 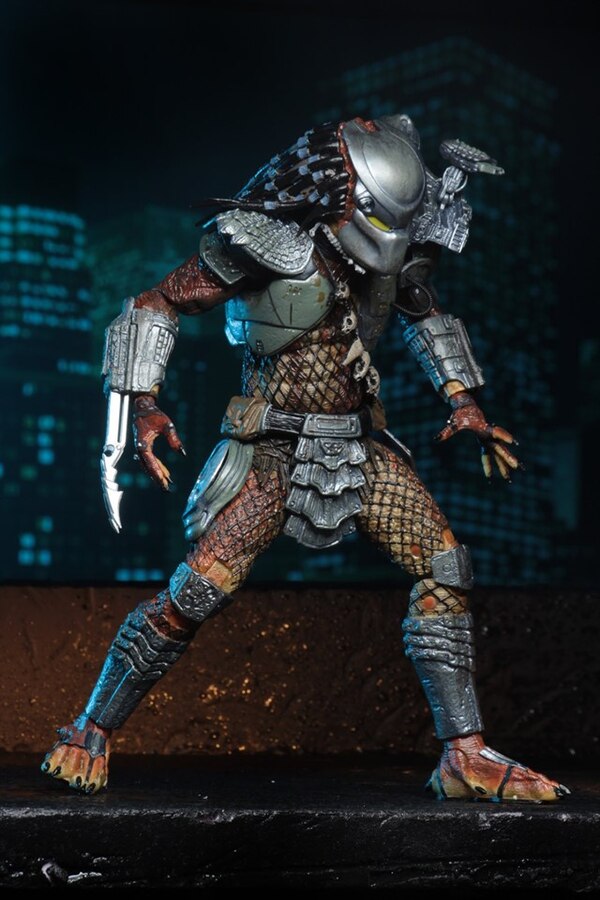 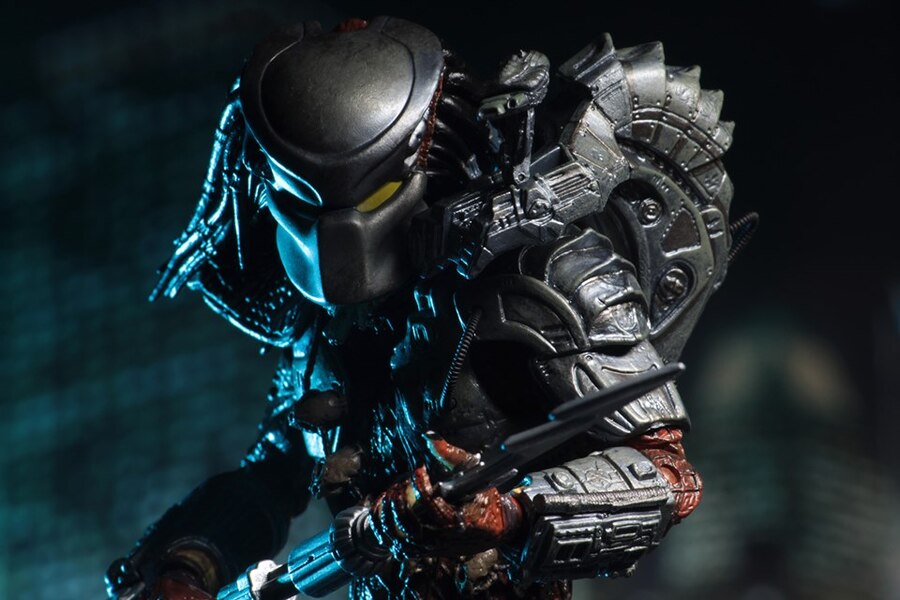 Unless these become available without the hassle, I've accepted the fact that I won't ever get the Batman Predator set. I read online gripes from people who couldn't even pay for them on the site despite being right there when they became available. I didn't even try, not only because do I not like hassle in my collecting, but $60 is a bit steep when I really only want that Batman. I'm not mad though, good for those who could get them. I only have the energy to be mad at Walmart right now because I can't get the Power and Glory Captain America despite the fact that I'm surrounded by Walmarts.

I really like this set but I have a feeling its going to be a mission to get my hands on it .

Id say my only criticism is that for con exclusives they should have put the figures in more dynamic fight poses within the box so that you reveal them in a fight scene when you open the front flap. Ditto the Superman vs Alien set.

Wasn't something I was expecting. The design looks good.

They really did a good job designing this armored Batsuit. It looks like a version of Batman that would exist in an Alien/Predator universe.Pretty hilarious how all that high tech getup Batman has andhe'susing a bat as a weapon. lol

Well this makes me very happy and very sad at the same time, I live outside the US and wont be able to attend SDCC so I can neither get the set at the con nor through the website, and I really want it, and seeing how these DC/Darkhorse sets had a lot of issues getting released (with rights and all) there is a high chance Neca wont be able to release these figures later down the road as store exclusives which makes them easier to get for us International collectors (having the Neca Turtles at gamestop, Target and now their upcoming international deals is good for us)but I see it hard theyll be able to get the same rights deal to sellthese figures somewhere else later. I could do without superman but I really really wanted this batman figure.

I feel you! I'm from outside the US as well. That Batman really looks super neat. I'm sure they'll be people selling a couple of these but they'll certainly be asking triple the price.

I hope Neca gets the rights to re release these even if it's on single packages. Gosh, that Batman...

Very cool set. But I guess that for the first time, I'm preferring the Superman one.

But I need that other Batman and hopefully they will make a Robin too.

Each year after day 5 of SDCCmy friends and I tend to do our own little wrap up discussion on what we thought was the bestexclusive, best overall exclusive offerings, best booth display, best panel, best deal on the floor, best find, etc etc.

I feel like when it comes to best single exclusive NECAs really been killing it since 2016 scoring if not the #1 spotat least one item in my top 2 or 3 every year. (And even in 2015 I would have ranked their Apes 3 pack exclusive pretty high and possibly in my personal top 3 had that not been one that also went to TRU).

Its still early, but thus far I think both this years turtle set and the 2 DC vs DH sets are strong contenders for a top spot (which would give NECA a super strong showing for being number one over all). So Im excited to see if anyone else can beat this selection.

Just gonna assume the hodgepodge Predator is accurate. Don't have the comic to refer to.

This looks awesome and Im glad it was this set and the Superman/Alien set that were chosen for SDCC since those are the ones I wanted the most.

So as of today my tally for whichNECA items Ill be picking up at SDCC are:

4 items = must buy and likely will buy 2 of each to have one to open (TMNT set, the Terminator set, and the 2 DC/DH sets).

All in all a great showing from NECA that has me hyped for San Diego.