Justice League Toys Come To Jack In The Box 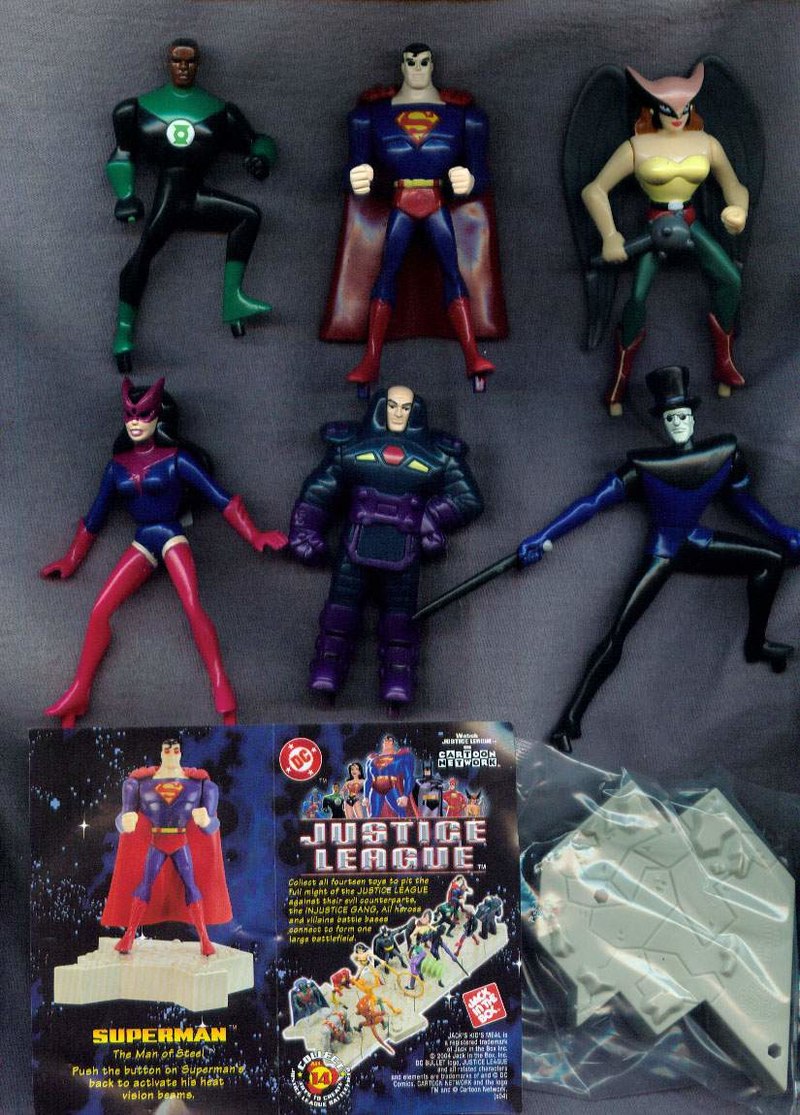 Starting this Monday 7/19/04, the Jack In The Box fast food chain will be offering it's latest toy premium based on the Justice League Animated series. The first series will include: Superman, Lex Luthor, Green Lantern, Star Saphire, Hawkgirl and Shade.

The second series which will be released in August will include Batman, Joker, Flash, Copperhead, Wonder Woman, Cheetah, Martin Manhunter and Ultra Humanite.

Each figure will come with an interconecting base, and once you have all the figures, you can create a huge battle scene.

To find the closest Jack In The Box restaurant near you Click here.


You can also find the first set of these on eBay now.