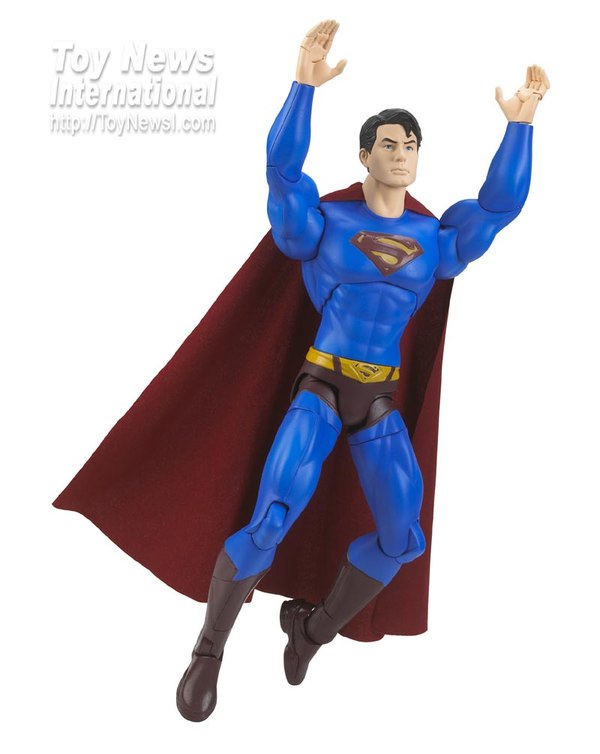 
In 2006, the Man of Steel comes back to Earth in Warner Bros. Picturesí epic action-adventure film based on the classic character from DC Comics, Superman Returns, a soaring new chapter in the saga of one of the worldís most beloved super heroes. A new generation of kids will have the opportunity to experience the action with Mattelís new toy line, inspired by the upcoming summer blockbuster. As master toy licensee, Mattelís new line features role-play toys that enable kids to demonstrate the epic powers of Superman in real life, as well as the first-ever flying Superman toy that kids can control.

The Superman Returns Punch Ďn Crunch Gloves feature molded forearm pieces with fabric half-glove palm sensors that fit easily onto kids hands, a sound chip so that kids can simulate the crunching of a steel bar, and an illuminating S-Shield. And for kids who truly aspire to be their favorite Super Hero, there is the Superman Returns Inflato-Suit, which features a dedicated battery-operated fan that fills the suit with air, revealing the muscular physique of their favorite Super hero.

The R/C Flying Superman takes Superman action ďUp, Up and Away.Ē The 16-inch figure features twin propellers and a dual channel controller that enables it to deliver amazing performance, soaring easily through the air with a range of up to 300 feet.

Mattel will deliver a complete line of figures and accessories, including the Ultimate Powers Superman figure, an interactive toy that features a sound chip and lights that let kids recreate the flight and action scenes from the movie. Each toy in the Ultra Figure Assortment, sculpted by Four Horseman Studios, showcases the unique powers of Superman.

Superman Returns Ultimate Powers Superman Figure: Inspired by the epic story of the blockbuster movie, Superman Returns, this 12-inch figure features three different play modes, lights and sound. When the figure is lifted off of the ground, it switches into flight mode with motion-activated flying sounds. In battle mode, kids can enable the figure to ďthrowĒ punches with related sounds. Finally, the figureís eyes light up to simulate heat vision. Requires three button cell batteries, included.
MSRP: $24.99 Age: 4+ Available: May 2006

Superman Returns R/C Flying Superman: Now kids can control Superman in flight with the R/C Flying Superman. Kids launch the 16-inch figure into the air and control its flight with a two-channel controller. Powered by twin propellers, the figure will soar up to 300 feet. The controller recharges quickly and easily. Require eight ďAAĒ batteries, not included.
MSRP: $59.99 Age: 4+ Available: April 2006

Superman Returns Swingshot Figure: Kids can choose two ways to reenact the flying powers of Superman with this lightweight, plush figure. The Superman Swingshot figure can be tossed like a football, or swung like a slingshot. The toyís long flowing cape simulates the blurring effect caused by the high-speed flight of Superman.
MSRP: $9.99 Age: 4+ Available: April 2006

Superman Returns 10-Inch Figure: This cool, 10-inch Superman roto-cast figure is lightweight and easily transforms from a heroic position to an iconic flying pose. The figure measures more than 13 inches long when in flight mode.
MSRP: $9.99 Age: 4+ Available: May 2006

Superman Returns Hyperposable Figure: The 14-inch hyperposable figure has an awesome 35 points of articulation for super poseability. The highly detailed sculpt and lots of versatility allows kids to pose Superman as in their favorite scene from the film.
MSRP: $19.99 Age: 4+ Available: May 2006

Superman Returns Disc Attack Superman Figure: This Superman figure, molded in a flying position, illustrates two cool super powers: flight and heat vision. With the touch of a button on the figureís back, it launches orange discs from the chest of the flying figure. Disk Attack Superman comes with six discs.
MSRP: $9.99 Age: 4+ Available: April 2006

Superman Returns Sky Strike Superman Figure: Superman flies through the air via kid power. Kids use the hand-powered pump to activate the figure and enable it fly up to 30 feet into the air.
MSRP: $14.99 Age: 4+ Available: April 2006

Superman Returns Rocket Launch Superman: This Superman figure can rocket up to 100 feet in the air with the pump-powered launcher. The foam molded figure blasts off from the roof of the Daily Planet building just like in the movie, Superman Returns. Kids can compete to see who can make the Superman figure fly the highest.
MSRP: $19.99 Age: 8+ Available: April 2006

Superman Returns 30-Inch Figure: The giant, 30-inch Superman figure is the perfect My Size buddy for kids. The figure has eight points of articulation and a cloth cape.
MSRP: $29.99 Age: 4+ Available: April 2006

Superman Returns Truck Lifting Superman Playset: The Superman figure can ďliftĒ the Daily Planet truck clear over his head in this exciting playset. Handgrips on the side of the truck allow the figure to get a handle and when kids push the figureís right leg forward, the figure actually lifts the truck up and over its head. The truck includes rolling wheels, exploding front and end, as well as other play features.
MSRP: $14.99 Age: 4+ Available: April 2006

Superman Returns Inflato-Suit: The Superman Inflato-Suit lets kids imagine that they have the strength, the power and even the physique of the
Man of Steel. A dedicated battery-operated fan transforms kids into their favorite super hero and keeps the suit full of air and looking huge. The suit requires four ďAAĒ batteries, not included.
MSRP: $21.99 Age: 4+ Available: April 2006

Superman Returns Mighty Muscles Suit: Molded plastic muscles that kids can wear let them pretend to have the strength of Superman. The arm muscles on the suit expand when kids flex their arms. Mighty Musclesô suit comes with a vinyl cape, and is the perfect complement to the Punch ní Crunchô gloves and Heat Vision Headset, sold separately.
MSRP: $19.99 Age: 4+ Available: April 2006

Superman Returns Shield Blaster 1000: This is no ordinary water blaster. With a built-in S-Shield on the side and non-stop water blasting action, kids will be protected as they blast anyone who dares challenge them to a water fight.
MSRP: $9.99 Age: 5+ Available: Now


Superman Returns Crisis Board Game: Inspired by the new movie, Superman Returns, this cool 3-D board game is based on the filmís climactic scenes. Players move their Superman playing pieces up various tracks in an attempt to reach the top of the mountain and defeat Lex Luthorô. Along the way, players make use of Super Power cards to help them dodge the Kryptonite ďbouldersĒ that periodically roll down the tracks. The game combines traditional board game play with skill and action. For two or more players.
MSRP: $19.99 Age: 7+ Available: May 2006 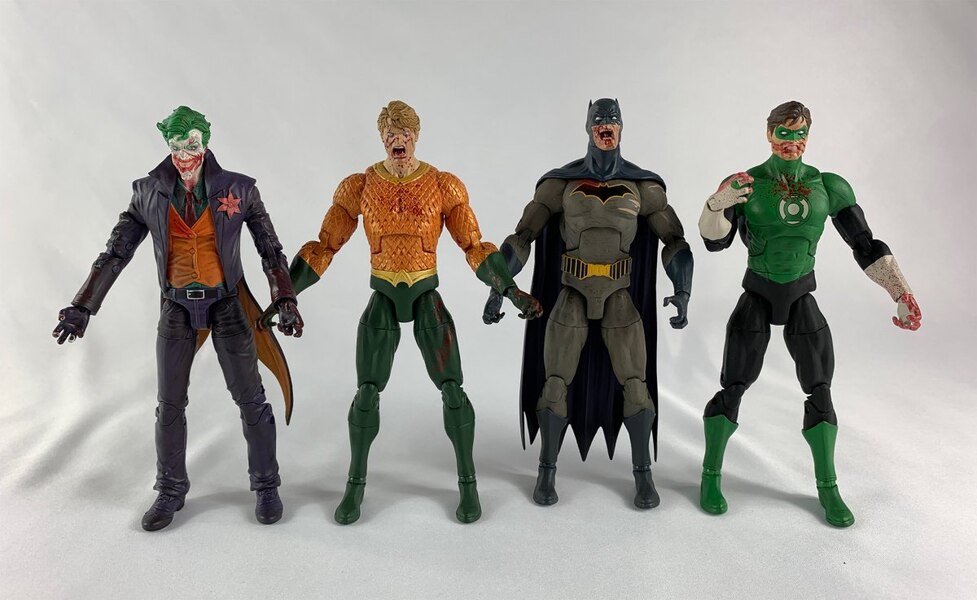 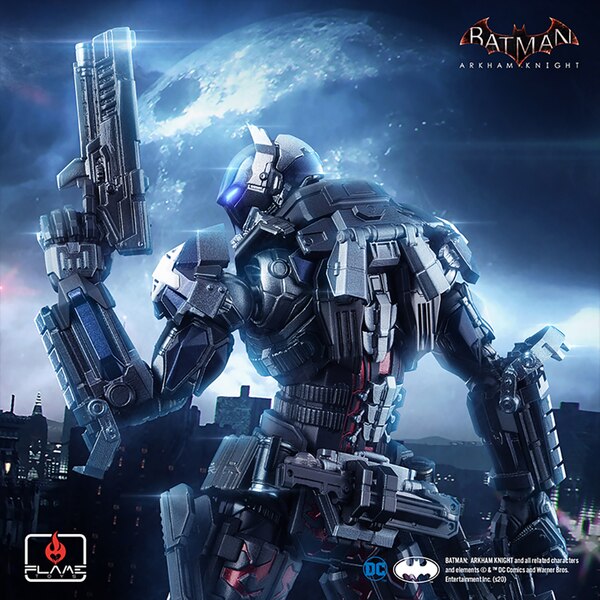 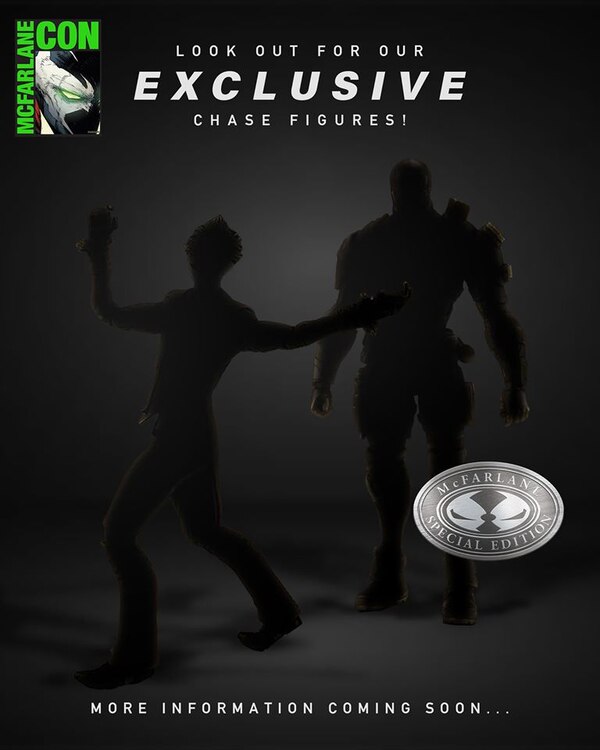 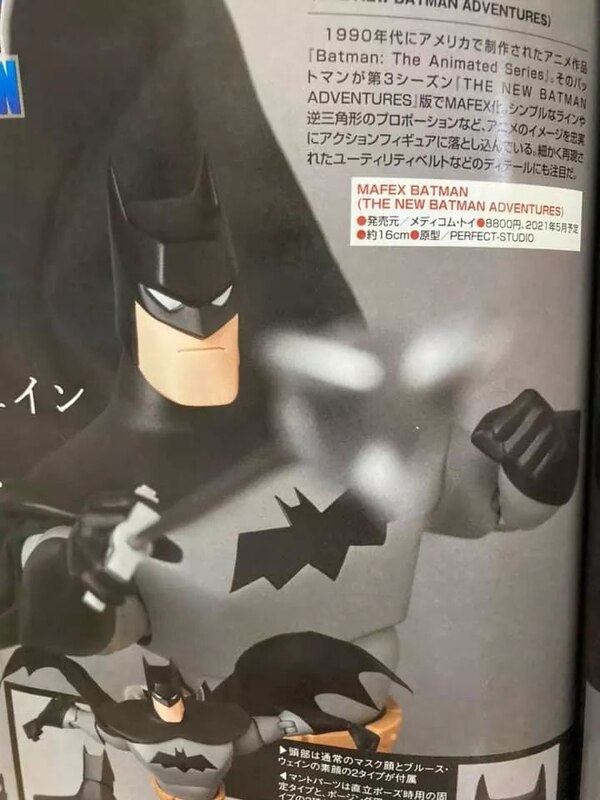 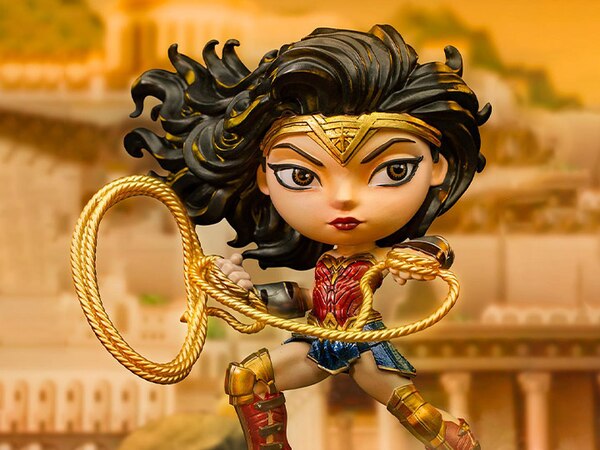