Be a "Redshirt" with IDW’s Star Trek Comics Contest

Star Trek
by Jay Cochran
November 03, 2011
Are you a comics fan who loves your local comics store? Are you willing to “die” to protect your retailer? Prove it, with the Star Trek “Be A Redshirt” contest! Starting today, the Comic Book Legal Defense Fund (CBLDF), IDW Publishing and CBS Consumer Products are giving Star Trek fans a chance to “Be a Redshirt” on the cover of an upcoming STAR TREK comic.

Originating in the classic Star Trek episodes and expanding to pop culture at large, a “redshirt” is a character that dies soon after being introduced. With the “Be a Reshirt” contest, the winning fan will have the honor of “dying” while heroically saving their retailer. The grand prizewinner will be featured as a “redshirt” on an upcoming cover of IDW’s new STAR TREK ongoing series, placing themselves between their local retailer and a phaser blast. The “Be a Redshirt” contest is open to any comics reader who thinks their local retailer is the best in the business.

“As redshirts are famous for always catching the phaser in Star Trek episodes, and as comic fans can be so loyal in defending their local retailer, it’s the perfect contest,” said Dirk Wood, IDW’s Director of Retailer Marketing, “And partnering with the CBLDF is perfect, because no one knows more about defending retailers than they do.” 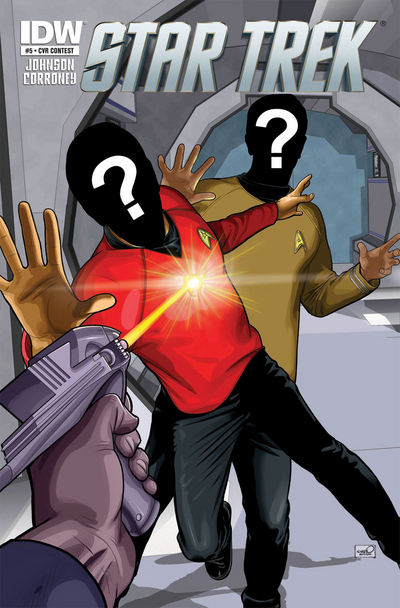 To enter the “Be A Redshirt” contest, fans must e-mail their explanation in 300 words or less about why their retailer is the best to IDW at contests@IDWPublishing.com with the subject: Save My Retailer. The winning fan and their retailer will be depicted on a limited-edition variant cover of STAR TREK. This special cover will be limited to only 300 copies: 100 each to the winning fan and their retailer, plus 100 to CBLDF to help them continue the important and challenging work of defending retailers everywhere. The winning fan will also receive the original art, by the Sharp Brothers.

Under the creative direction of Orci, fan-favorite STAR TREK writer Mike Johnson and artists Stephen Molnar and Joe Corroney bring this alternate universe to life and begin the countdown to the highly anticipated Star Trek sequel. Following alternate-reality versions of “Where No One Has Gone Before” and “Galileo 7,” STAR TREK #5 kicks off a two-part re-imagining of “Operation: Annihilate.” This gripping episode brings Captain Kirk comes face to face with ghosts from his past when a rescue mission reunites him with the last person he expects to see.

In addition to print, STAR TREK comics are also available digitally through a variety of free apps, including, through the Apple’s iTunes: the Star Trek Comics app, the Comics by comiXology app and the IDW Comics app. 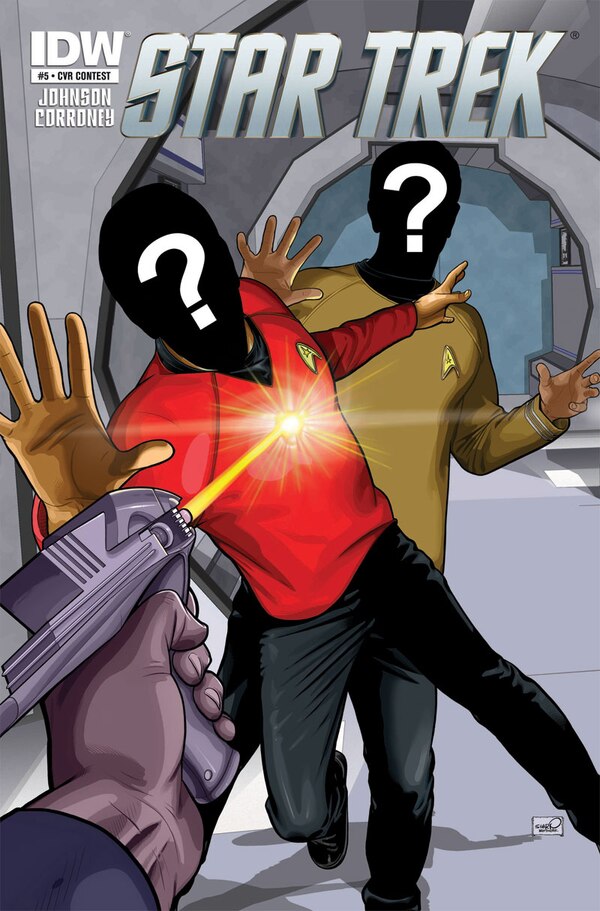 Search Online Stores for Be a "Redshirt" with