Polar Lights has been working hard to make this highly demanded kit as accurate to the original filming model as possible. In order to make this kit the best of its kind, brand manager Jamie Hood sought an artist who could do the subject justice. “Alex Ross’ painting has the kind of attention to detail that lends itself perfectly to the Star Trek franchise,” said Hood. “His realistic style of artwork reflects the level of quality that we are trying to attain with this kit. The art looks like it has jumped straight off the screen. We’re thrilled to have the chance to work with Alex on this project and we think he’s the perfect man for the job.” 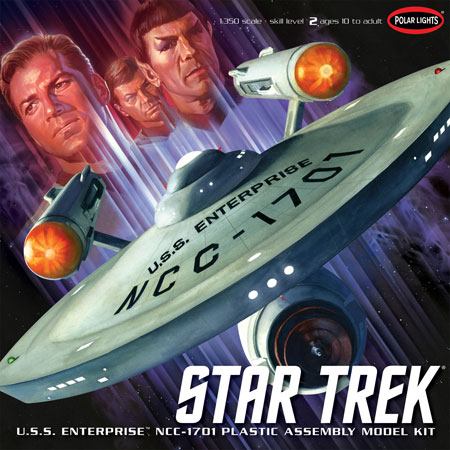 Ross is well known in the comic book arena as having painted covers for both Marvel Comics and DC Comics, as well as independent works. This project gave Ross his first chance to work with the Star Trek universe, and he was excited to be a part of the project as well. “I’m a big fan of the original Star Trek series, and this was the perfect opportunity to do an illustration of the icons of the show. It’s a great challenge for me to work with the likenesses of such well-known figures as Shatner, Nimoy and Kelley,” said Ross.

When finished, the 1:350 scale model kit will build to over 30” long, and will be accurately detailed to reflect the 11’ filming model used in the production of the classic TV show. The standard edition of the kit will be available through hobby and specialty stores, and the Premiere Edition kit was limited to 1,701 pieces and includes additional parts and commemorative packaging. Purchase of a Premiere Edition kit grants the purchaser access to the 1701 Club, where they can receive exclusive development updates by email. Both kits will be available in the fourth quarter of 2012. 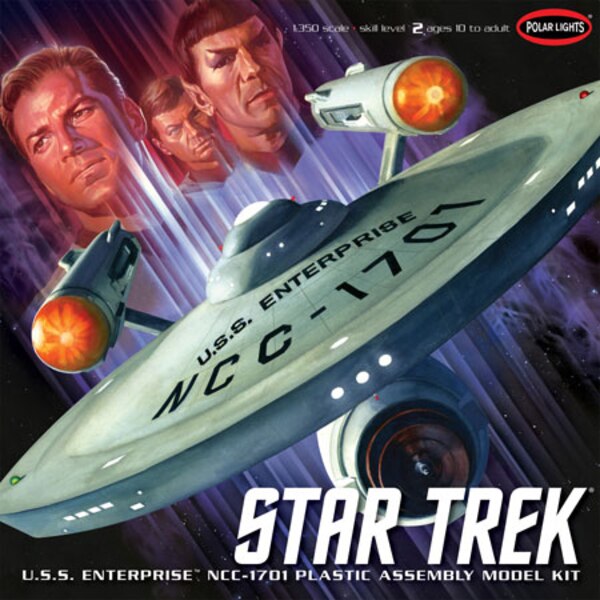 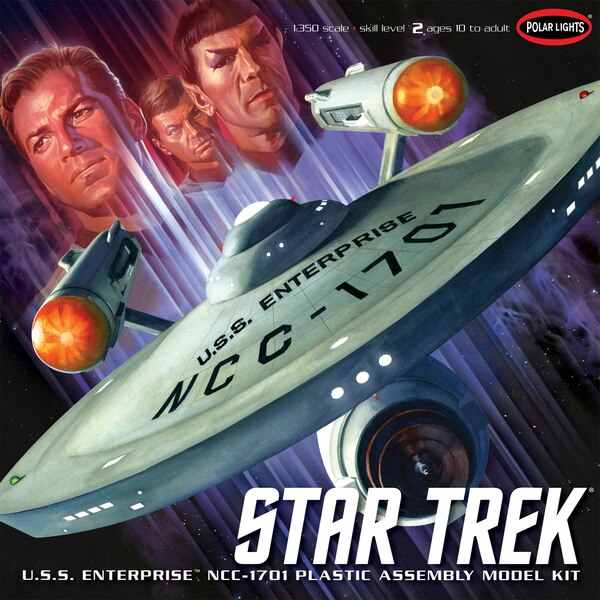