Star Trek
by Jay Cochran
November 16, 2012
Round 2, LLC, is proud to venture where no man has gone before with the release the latest model kit from the classic Star Trek TV series. A special early release was offered in November to a group known as the 1701 Club. Initial response to the kit has been fantastic, one customer writes, “I just opened the USS Enterprise and have been waiting for a kit of the "Old Girl" with this level of accuracy and detail for over 40 years! In a word — Awesome! That is all there is to say. Thanks so much for your efforts to make this real.”

The U.S.S. Enterprise is one of the most widely recognized space ships in the galaxy and is faithfully reproduced in 1:350 scale. The brand new 32” model is intricately detailed and features windows and other parts injected in accurate colored plastics, an interior bridge, and a shuttle bay, as well as accurate decal sheets, to name a few. This ship was developed in conjunction with Star Trek historians and is based on the original filming model.

It is the most accurate replica of the Starship Enterprise ever, but even the best models need the right tools and accessories to step up the next level. Accessory sets are available with LED lighting, photo-etched parts, alternate version parts, and weathering decals that will allow advanced modelers to customize their craft with realistic details. Registry decals provide users with the ability to apply alternate names and call designations from various starships.

The 1701-USS Enterprise and accessory sets will be available in December at hobby stores nationwide and www.autoworldstore.com.
Image 1 of 2 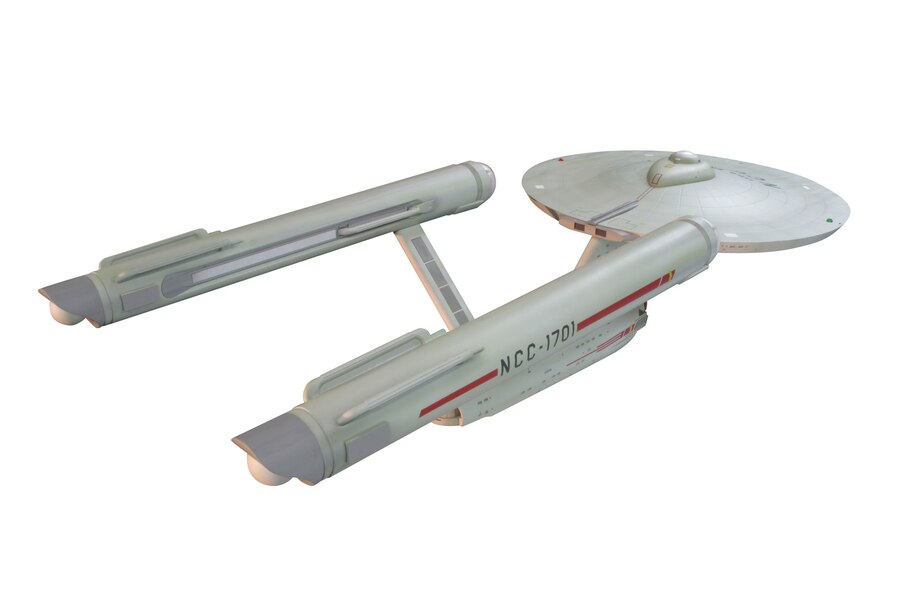 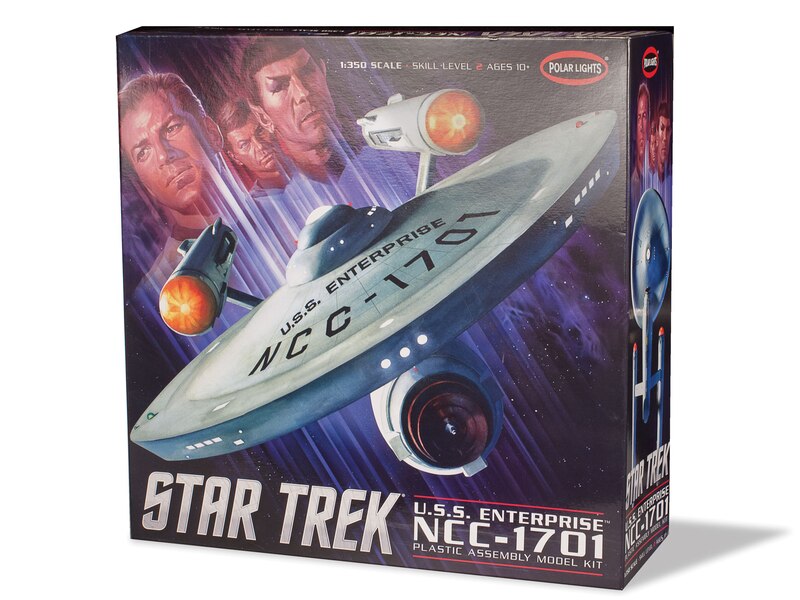 Found Round 2 Thrills Mode on Ebay