Matty here, I know there has been a lot going on this week in terms of sales, log in ability and feedback from our NYTF show. I want to take a moment to address both the current issues as well as try and put some older issues to bed that are still popping up on the forums.

First off, Tuesday’s sale. Yes, 100% Digital River did not come through with the bandwidth Mattel was promised. I assure all of our fans this is not the experience we want to give you and this is not what we want to offer. All of our efforts are going into correcting this and I assure you we have kicked this one up to the highest possible office. I know you have heard this before, but in my effort to be as open as I possibly can in communication, we are 100% committed to correcting this. At the end of the day Digital River messed up BIG TIME for us and our customers.

Logging onto MattyCollector.com and ordering should NEVER be a difficult issue and our team is working around the clock to investigate and resolve why these issues continue to pop up. It is unacceptable to me and I will not allow this to continue. Actions are being taken.

As far as the sell out, that is another matter. We are increasing production and both Trap Jaw and Battle Cat will go back up for a new sale in the fall. One of our biggest issues with MOTUC is that we never want to “over produce” a figure or it could end the line (much as what happened with the JLU 4 packs. We produced more units then there were fans so the line had to go away. This is why we are being very careful going forward to understand demand).

For Adora and Trap Jaw the first two 2010 figures, we did not really have a baseline of what the demand would be above and beyond the 2010 subscription. We sold way more subscriptions in 2010 vs. 2009, so we had to be very careful not to over produce beyond what the demand would be above the subscribers. This is why we produced only a small amount beyond the subscription to start off (especially knowing if we sold out we would and will go back into production for a second run of popular sold out figs!).

With Adora’s sell out it became clear that indeed there still is a high demand beyond the subscribers and we have therefore increased production. But because of how logistics work, the first figure we could change production quantity on was the June figure She-Ra. That is why Trap Jaw and Battle Cat also sold out fast. Their production was based on the same range as Adora before she sold out fast.

We will continue to adjust production as the year goes on, but we do urge fans that the best way to guarantee you get every figure will be to buy a subscription for the year. The 2011 subs will go on sale this July. Get them while you can!

Okay, so I’ve gone through the fan forums and I want to address and ideally put a pin in some older issues that still pop up.

To put this one to bed, most figure sculpts are done almost 1 year prior to the figure going on sale. Asking for things like a new head on She-Ra means she would be delayed over a year. By the time fans are seeing a figure it is usually already in production or close to going into production. Yes we were able to make a running change to Moss Man, but that was not a change to the sculpt or deco, that was de-flocking the ears. Something “relatively” easier to do. Changing deco or sculpts is just not possible by the time a figure is ready to reveal. As to why we don’t show a figure earlier, well, that is simply because Mattel does not show prototypes to the public for a variety of legal and logistical reasons, most of which I can not go into.

Just because we are doing a figure now also does not mean we can’t go back and re-do that character again with a new sculpt down the road. So rest assured, we have heard all your comments. But taking a petition to change a sculpt once it has been shown really won’t be able to change that figure. That is just how it works.

The fan vote on flocking Panthor:

Every year at SDCC we like to give the fans who make the special effort to come out to our fan panel a chance to vote on a detail in the line. At SDCC 2009 we asked fans if they wanted Panthor flocked or not flocked. By a vote of 60/40 (it was close!) fans did vote for unflocked.

We know there is a video of this panel out there (granted it does not show the whole room!) and a lot of fans insist the vote went the other way. But at the end of the day, it did not. It really did not matter to Mattel which way this vote went. It was all about rewarding the fans who came out to the panel with a way to affect the line. I still see a lot of fans spreading false information and insisting the vote went the other way. So lets end this one right now. The vote was for unflocked. It does not mean we won’t do a flocked version as well, but whether you agree with it or not, this is just how the vote went, period.

Still seeing a lot of fans posting about last summer’s MOTU art book. Yes we are well aware there is an image out there of a customer with a stack of books. Well you know what, he was in line with a group of people. Each individual was limited to 2 books. If someone waited in line with 10 friends and they each bought 2 books, it is completely fair for them to put their books in one stack together on a table after each buying them individually 2 at a time. Each customer still waited in line and was still limited to 2 at a time. Just because a group of people stacked their books together in a pile post sale does not mean we sold a large lot of books to one customer. The ONLY time we broke the 2 per person rule was to sell 10 books each to two members of He-Man.org. That was it.

We really are trying to make both SDCC and sales on MattyCollector.com as easy as possible. We’re exploring some possible pre order options this year for SDCC attendees as well as some new ways to manage the line. And as for online sales, as I mentioned above Digital River did not perform as they were required to do. We’re working with them on this and it was completely unacceptable to not be prepared for Tuesday’s sale.

More product is coming and we do appreciate all of our fans and want to do everything possible to deliver amazing product at fair prices. We’re not trying to fund second market sellers and we are committed to continuing to improve all of our processes each and every day.

Thanks for all your loyal support and please do continue to let us know how we can keep making things better. That is my highest priority. 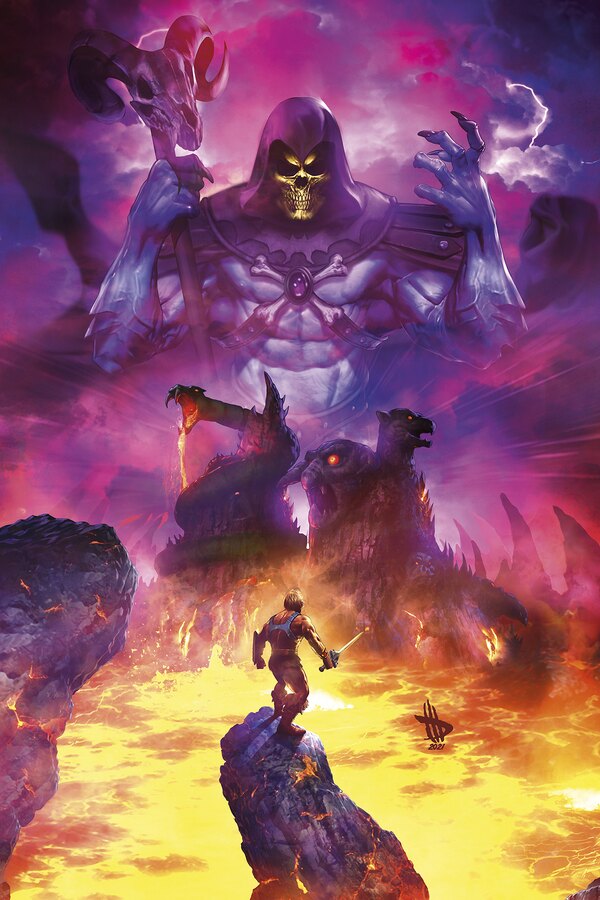 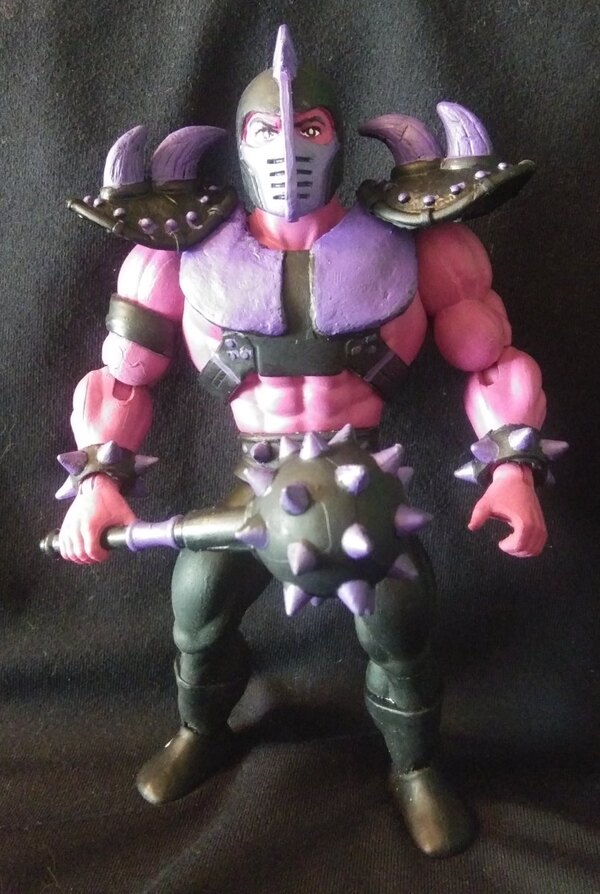 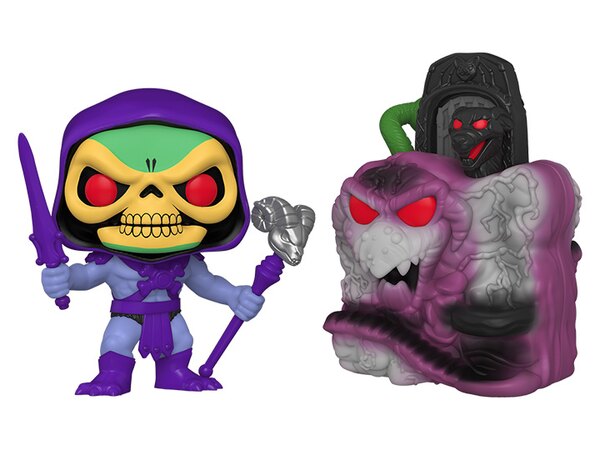 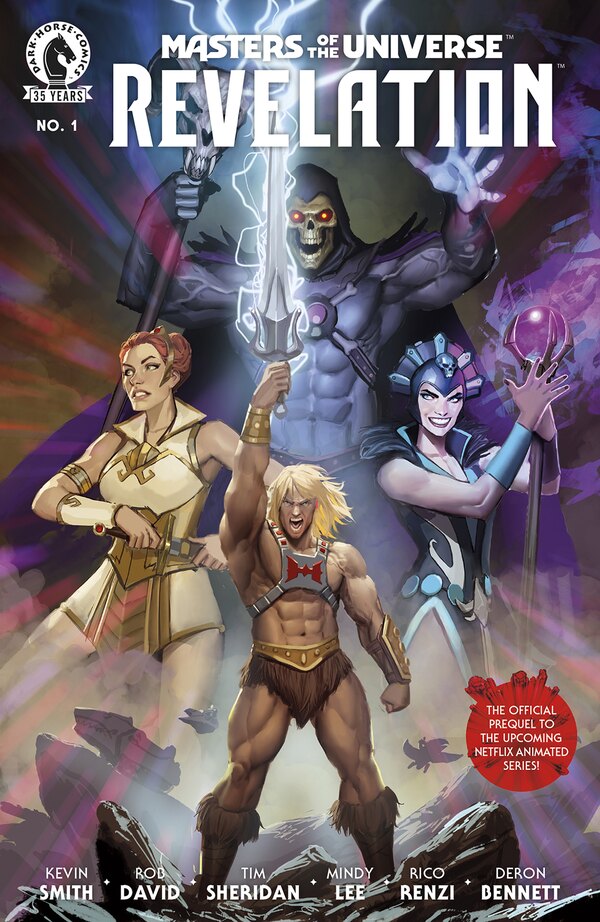