NECA
by Jay Cochran
October 16, 2012
NECA's Assassin’s Creed action figures have taken them places we never thought we’d go, in articulation and in time, and the latest addition to the Assassin’s Creed line is a Toys ‘R’ Us exclusive 2-pack featuring two versions of the star of the series, Ezio Auditore, from two different games!

Both figures include interchangeable hands, hidden wrist blades, swords, a crossbow and more than 30 points of articulation. The 2 pack is a Toys ‘R’ Us exclusive and both figures in these costumes are exclusive to the 2 pack.
Image 1 of 2 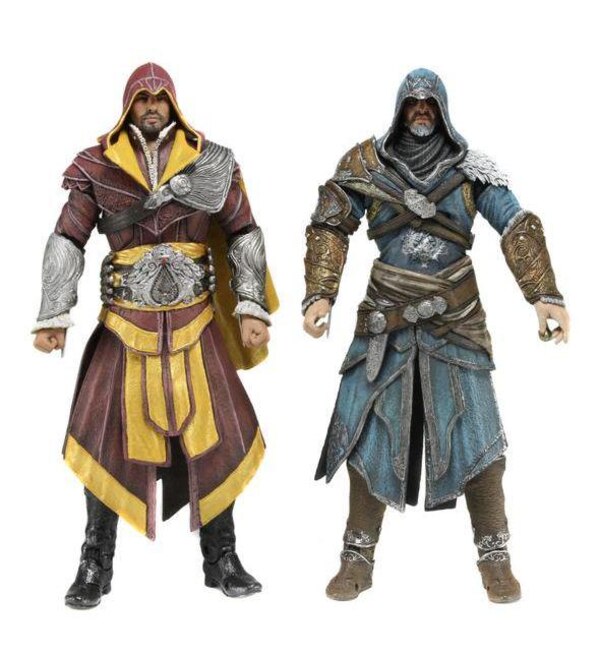 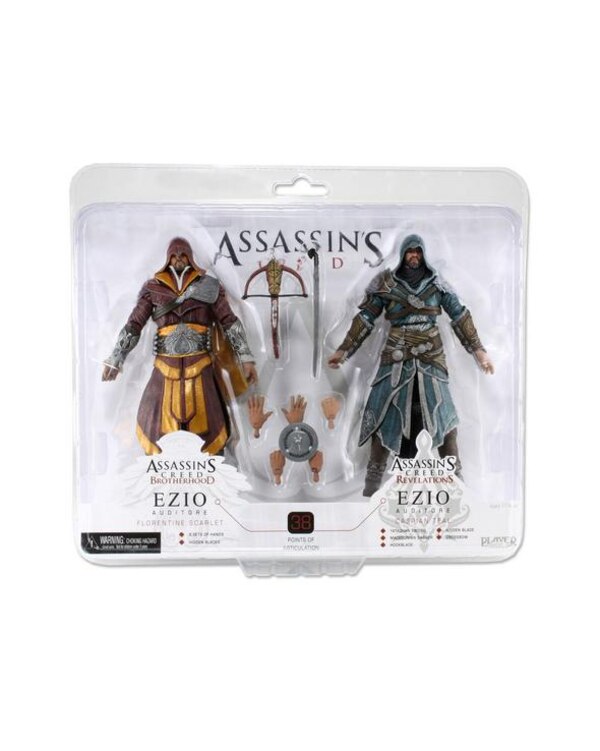