Shredder practically glows when you see him on the racks. The TMNT equivalent of Star Wars’ Darth Vader with Removable Helmet (two versions at last count), this feature is proudly announced on the front of the card. And it should be, as it’s the main selling point of the figure. The back of the card has the usual character line up in the wave (the foot ninjas always look good, don’t they?) and a bio write up.

Shredder’s gleaming armor is bound to catch the eye of kids and collectors alike. Hey, we get to reveal Oroku Saki behind the mask and get to dress up Shredder at the same time. Endless fun for all!

As seen above the pegs to attach the armor are inconspicuous and neatly placed. The lack of huge gaping holes screaming “PLUG ARMOR HERE!” ensures that the figure is aesthetically pleasing.

As touted on the back of the package, Shredder can strike his 'I'm about to put on my headgear' pose.

All dressed up and ready to rip some turtle shell! Though the mask's made of rubber and makes Shredder have an oversized head, its a small price to pay for the removable helmet feature.

The inclusion of an elbow joint on the left arm would have made this figure perfect. Shredder's claw is definitely one of his distiguishing features, and having limited options to brandish the claw, makes him comes across as, well, impotent. Also, the lack of the numerous accessories that came with the first figure is regrettable.

Is this a must get figure? Play value is extremely high, and it really wouldn't hurt to have two Shredders anyway. 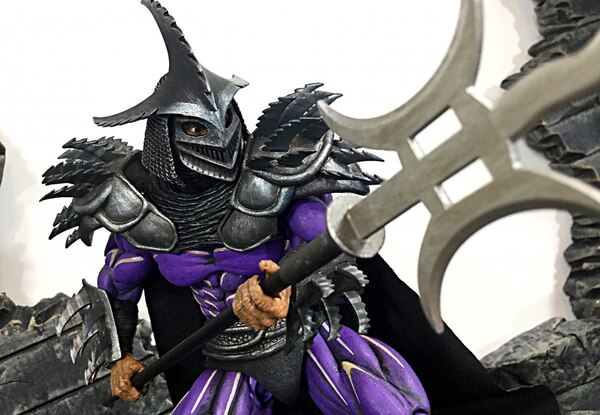 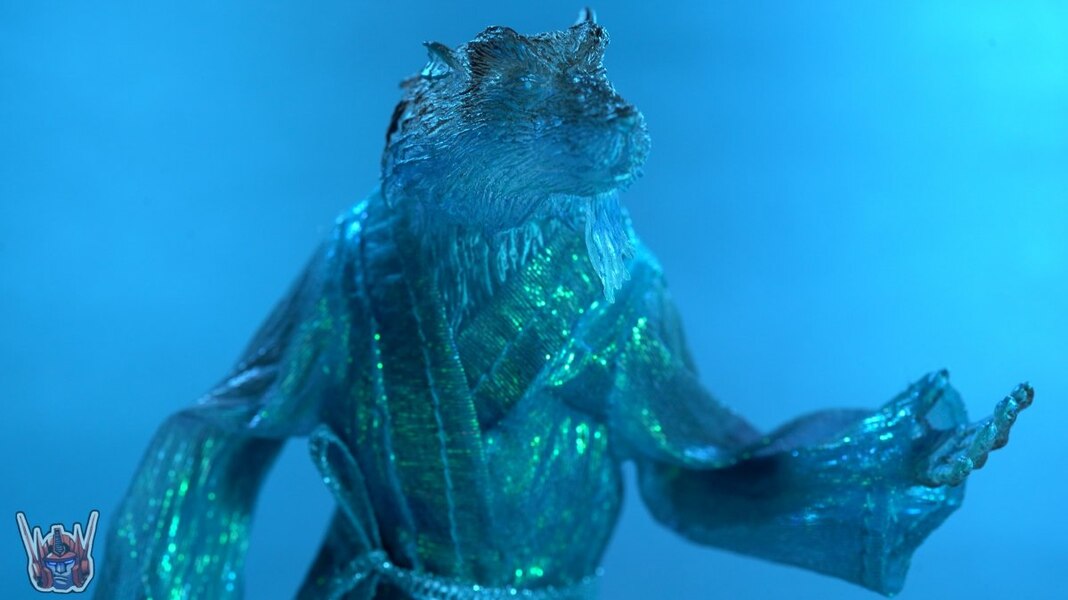 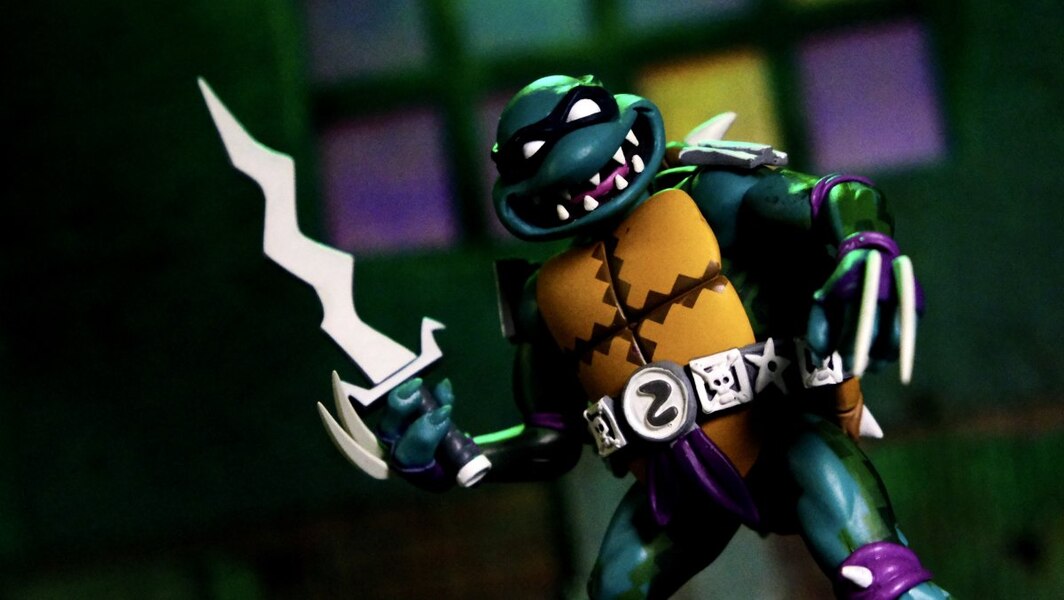 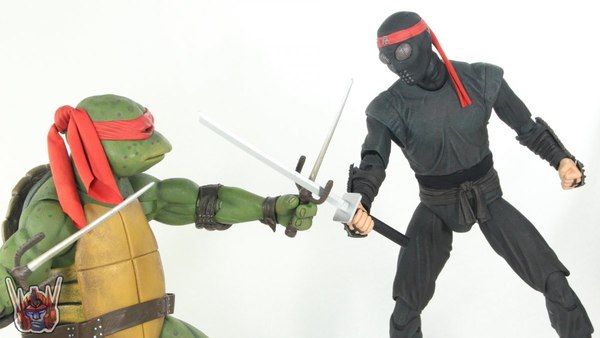