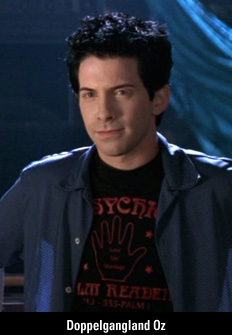 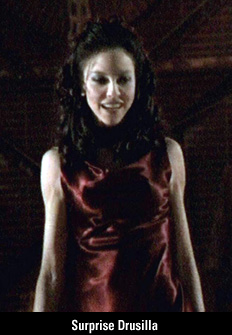 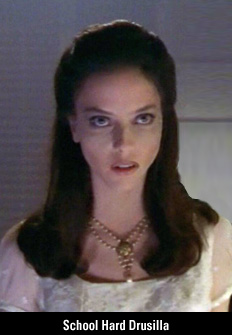 Diamond Select Toys is pleased to announce the next wave of Buffy the Vampire Slayer action figures will feature all-new versions of the much-beloved characters Daniel "Oz" Osborne, Drusilla and Principal Robin Wood! Building on the success of previous action figure releases, the upcoming wave will feature the same attention to detail that has helped make the Buffy line one of our most popular licenses.

The soft-spoken and occasionally-wolfy Oz was a trusted and valuable member of the gang before he left to find balance with his werewolf side. Although he may not have been the most motivated student, Oz played an essential role in combating several apocalypses. His relationship with Willow helped both characters reach their full potential, despite the heartache that would follow the pair for years to come.

Drusilla guaranteed a spot in the history books by creating a monster - in the form of William the Bloody. Their murderous rampage cut a bloody swath across Europe, Asia and even the Americas - leaving nothing but corpses in their wake. Guided by strange visions and other paranormal abilities, Drusilla is one of the most dangerous vampires on the planet.

As the only son of a Slayer, Robin Wood dedicated his life to continuing his mother Nikki's mission - to destroy vampires at every opportunity. His path crossed with Buffy's once he took over as SunnydaleHigh School's new Principal, leading to a super-powered partnership that eventually overpowered the First Evil itself.

The core action figure release will feature "Doppelgangland" Oz, "Surprise" Drusilla and the limited "School Hard" Drusilla figures. Each figure will feature multiple points of articulation, episode-specific accessories and their own base. As with previous releases, multiple exclusive versions will accompany this assortment and bring fans more versions of their favorite characters. Stay tuned for more images and details as the Spring '07 release date approaches.