Diamond Select
by Jay Cochran
May 20, 2009
This year’s San Diego Comic-Con (SDCC) exclusives from Diamond include the following:

SDCC 2009 Dark X-Men: Beginning #1 (of 3) Sketch Variant
Who are the Dark X-Men? How did they come together? The answers to these questions and more are revealed in this issue.
• Limited to 7,500 Copies

SDCC 2009 Dark Avengers/Uncanny X-Men: Utopia #1 Sketch Variant
The Dark Avengers take on the X-Men! Who will be left standing? Jae Lee provides a special sketch cover to ring in this landmark event.
• Limited to 7,500 Copies

SDCC 2009 Red Skirt Dawn PVC Statue
The goddess of birth and rebirth gets a modern makeover! Based on the art of award-winning Dawn creator Joseph Michael Linsner, this 7"-tall PVC statue celebrates Dawn's 20th Anniversary with a unique variant!
• Limited to 1,000 Pieces

SDCC 2009 Transformers G1 Animated Megatron Bust
From the classic animated series to your statue shelf, this is the ruthless Decepticon leader Megatron exactly as you remember him. Standing 6" tall and featuring a highly detailed sculpt, this bust is the perfect companion piece to the 2008 SDCC exclusive G1 Animated Optimus Prime Bust!
• Limited to 600 Pieces

• One of only two Avengers to remain on the team after Norman Osborn's rise to power, Ares now uses his powers as the god of war to hunt down his former colleagues.
• The awesome power of the Sentry can stop virtually any opponent, however Robert Reynolds' own inner demons remain his most challenging obstacle.
• Moonstone's adoption of the Carol Danvers’ alter ego and costume means there's a new super hero in town - the all-new Ms. Marvel!
• Now taking anti-psychotic medication and wearing Hawkeye's old costume, the super villain formerly known as Bullseye has a chance to make amends for his crimes - but will the devious marksman take the opportunity to change?

Check out hi-res images for all of these below in our GALLERY.
Image 1 of 7 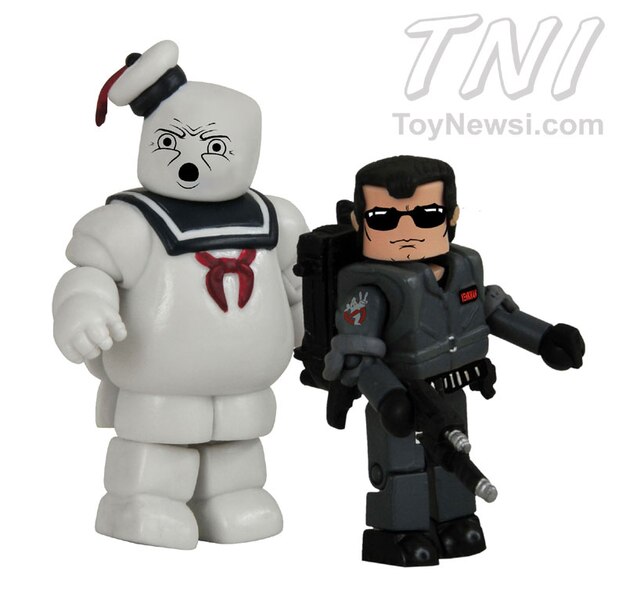 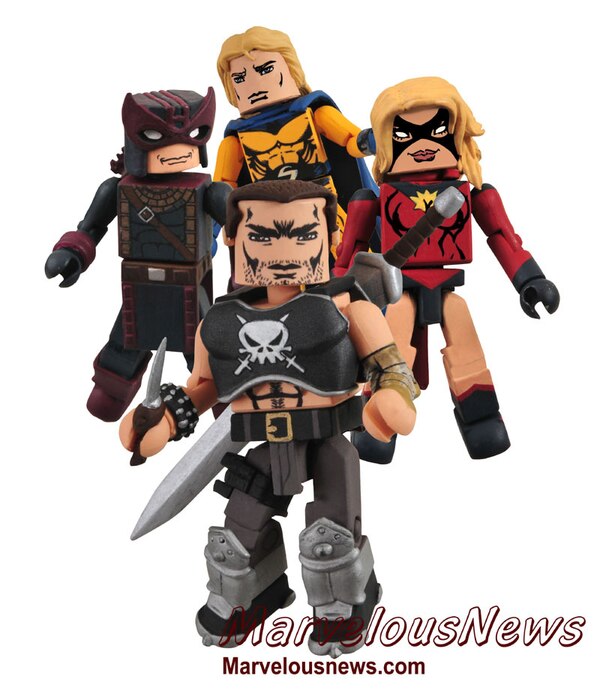 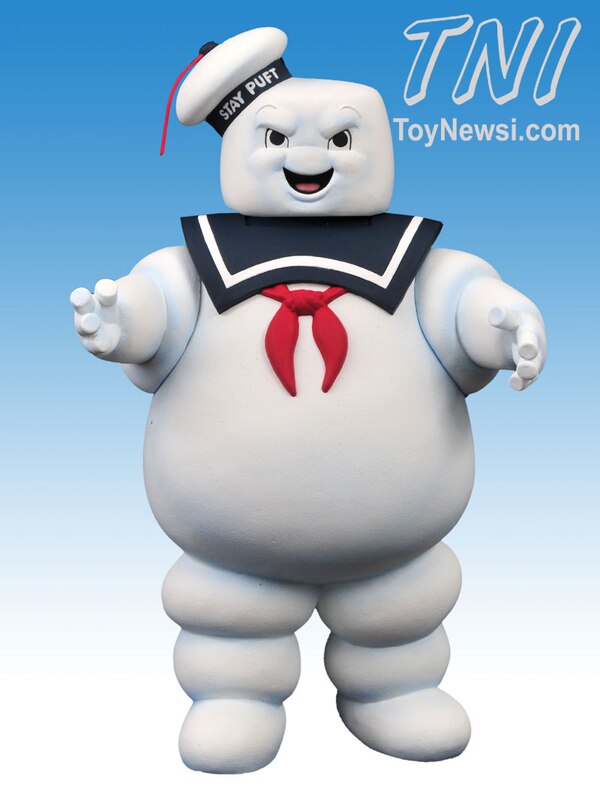 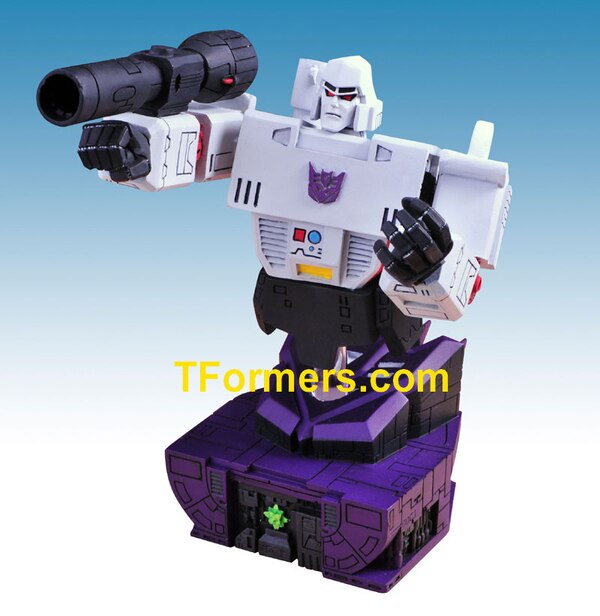 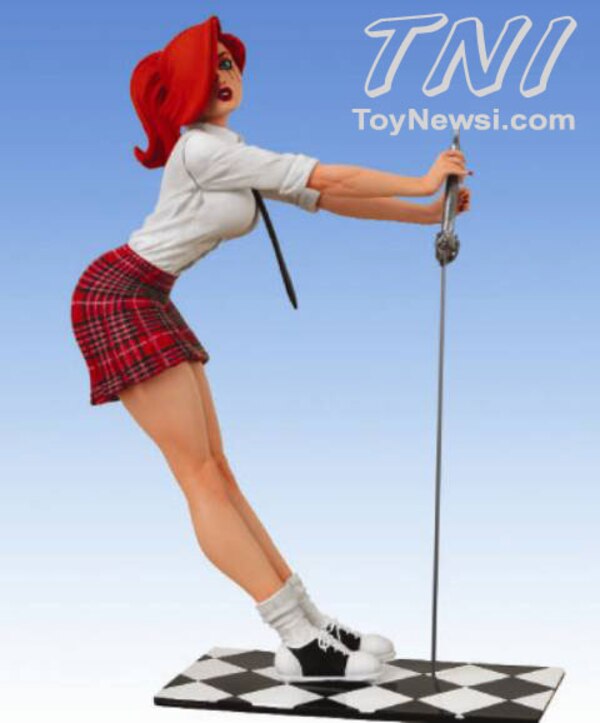 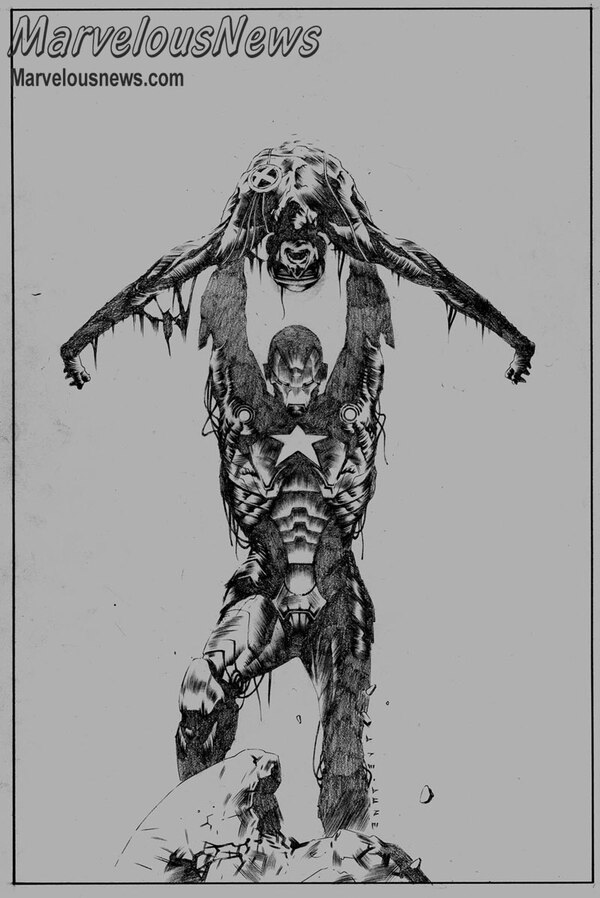 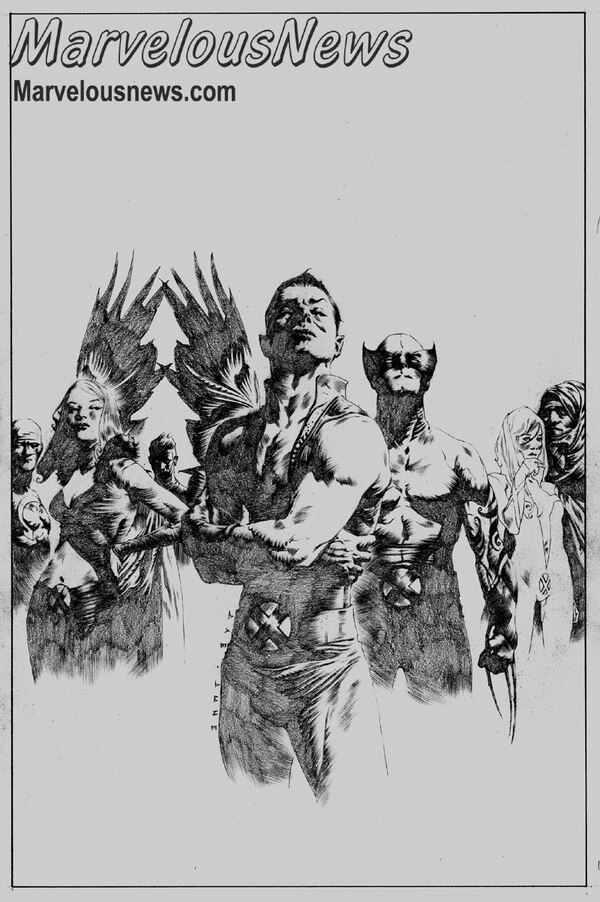 I duno why they bother doing sketch cover releases as exclusive they hardly sell as regular covers imo... I'm most excited about the dark avengers mini mates exclusives those are hot... I also like the megatron exclusive statue ... I may get it too... I'm starting to get more deceps than cons in my tf bust sets you guys think tww grimmy can take on skywarp , thundercracker, starscream & megs all my him self?