Diamond Select
by Jay Cochran
January 04, 2010
DSTChuck has released a new Diamond Select Toys Q&A over on their Art Asylum website for your viewing pleasure. This week answering your miscellaneous questions about the upcoming Marvel Select Deadpool figures, the odds of seeing any Buck Rogers or Dark Shadows product at Toy Fair and hints about the future of our Back to the Future and Star Wars licenses!

Joshua Moore
It seems practically impossible with the UQS line, but I know that one character everyone would like to see is Yoda. Is it possible that he could be made as an accessory for a future Luke figure? Maybe with a back pack to recreate the training scene from Empire?

DSTChuck: You are correct Yoda is a real issue but it would seem possible to do as you suggest and maybe offer him as an accessory at some point in the future.

Hernan Gamez
Hi please in the last Toy Fair we see Grand Moff Tarkin & Palpatine red suit ,I want to know If possible release these in the 2010? thanks!

DSTChuck: We’d certainly like to we’ll just have to see how sales go in 2010.

DSTChuck: I ‘d never say never but none of those are on the list of the next 6 figures or so that we’re working on.

Sebastian Gomez
I was just wondering when the 7″ inch deadpool figure would be able for preorder, and also interested in the variant. If you guys know what would be the best way to guarantee one. Thank You

DSTChuck: I think we’re planning on placing that in the March issue of Previews. Your local comic store can order in singles so I’d try there first and if not, several online retailers such as Big Bad Toy Store and Phat Collectibles are supporters of MS.

Alan Gosser
So far I have 2 of the ultimate quarter scale sw figures, Darth Maul and Jedi Luke. First I’d like to say that the headsculpt on luke is a little doll like and in the future I hope you can improve to make them more realistic second I wonder if you could switch the stands from the around the waist to maybe a y stand that supports using the crotch it’d make displaying the figure easier and you wouldn’t have to make the belts on the figure so huge to hide the display stand ring behind. now for my big question since you have the license to create marvel products and you make quarter scale figures, how soon or will we ever see marvel characters in the quarter scale format I would love to get my hands on those so how about it???

DSTChuck: Luke has been a struggle for us to get just right and from what I hear he’s been an issue for other license holders as well. We did spend a good bit of time developing that stand but that’s a good suggestion and something we can look at in the future. We’ll just have to see if Marvel is open to expanding our license and allowing Marvel UQS at some point in the future.

Tom Smith
I just read in your latest Q & A that the Ultimate Scale Henry Jones has been canceled. I can’t say I’m surprised as I never saw him on your shipping updates. I did notice that Cairo Indy is still there in the TBD section. Does this mean there is still a chance he’ll be released? If he is, would he be the last figure in the Indy line? I’ll end this with one last plea for a Crystal Skull Indy. Thanks for sticking by this line as long as you have, guys. I wish it was more profitable for you.

DSTChuck: Sorry Tom, but we’ve had to suspend all production on all our products from the Indy franchise due to low support at retail. We do think this is a true evergreen franchise and hope to bring the product back at some point when the support is there.

Brandon Giles
With all the interest in vampires these days, why doesn’t DST try to get a license for “Dark Shadows”? Rumour has it that a new movie is in the works. With the cult following of the show, it seems to me that maybe it could be big. “Twilight” certainly is doing well! The Original show from the ’60’s, as well as the 1990’s revival and the new movie could all be done. “Dark Shadows” Figures and Minimates would be great!

DSTChuck: I don’t think we’ve ever looked at Dark Shadows but if we did want to bring some vampire products I think Buffy and Angel would be our first choice.

Geoff Lee
I am a huge fan of your 1/15 light-up DeLorean replicas from the BACK TO THE FUTURE franchise. I am really looking forward to the BTTFIII 1950’s version and really dig the ‘dirty’ effect on it. Just wondering if there are any plans to COMPLETE the line of DeLorean’s seen in the films by doing the BTTF III railroad version. I’m hoping we’ll see that one later in 2010 as well. A ‘clean’ version of the BTTF III car with the train wheels and tracks perhaps… Thanks!

DSTChuck: I don’t see any chance we’d do a “train” from the end of the third movie but the time machine with the train wheels is very possible for sometime in the future.

Sam Ford
Get out your sticks cause it’s time to beat a dead horse! Hasbro, Mattel, Playmates and plenty of other companies have seem to hit on the idea of, unintentionally, making the entire universe 3.75″. Marvel, DC, GI Joe, Transformers (sometimes), Dr. Who (hopefully), Star Trek, Terminator, Narnia, Star Wars, Hellboy, WWE. Here’s my question: have yall given any thought to getting on the boat? You could do something like a 3 3/4″ Mal Reynolds from Serenity for a SDCC exclusive. Test the waters as it were. I realize that Marvel is off limits. I am just curious to see if yall actually CAN do anything in this scale, and if you will. Thanks!

DSTChuck: Right now we still have no plans to enter that scale but it’s possible, we do have some ideas we’re throwing around that would work, HOWEVER if it’s all one scale for several properties your looking for - how could you forget about Minimates!?

Robb Kendall
Where are your statues on here . You show a Deadpool statue or is it an action figure ??? Either way I can’t find either one of the damned things . Don’t show it if we can’t find any info on it .

DSTChuck: The Blog is an inside look at what’s going on at the studio so its often times before the item is offered for sale. Based on feedback from fans that seemed like something they wanted from a toy company. The item you’re asking about is a future Marvel Select figure.

Adam Mosher
Dear Always-Reliable owners & workers of Art Asylum/Diamond Select Toys, Being an ever devoted fan to your guys’ work of wonderful toys (I own all three waves of the first Star Trek line; Minimates of the Marvel license, both Original BSG Minimates sets, Silence of the Lambs set, Platoon set, Ghostbusters, and all three Man With No Name sets, and pre-ordered The Godfather set and Beverley Hills Cop set) so I wanted; as a dedicated fan; could you guys please obtain the license to Buck Rogers in the 25th Century (T.V. show, 1979-1981). Now before you guys write about how it is quite hard to obtain licensing rights on certain properties and the property having enough demand; then you should probably already know that dvd sales of the complete series did very well in sales and fans have been requesting figures for some time now; and i’m just wondering that if it involves only all members involved in the property being alive, then that shouldn’t be too hard because Glen A. Larson (creator of the show), Gil Gerard (Buck Rogers himself), Erin Gray (Colonel Wilma Deering), Tim O’ Connor (Dr. Elias Huer), Pamela Hensley (Princess Ardala), Felix Silla (Twiki), Eric Server (Dr. Theopolis), Henry Silva/Michael Ansara(Kane), and Thom Christopher (Hawk) are all alive , so those guys shouldn’t be that hard too work out licensing rights with. And despite these guys being deceased or just not popular enough, I would also like to see figures of Dr, Goodfellow, Crichton, Tigerman I&II, King Draco, and Alliance/ Draconian soldiers. Thinking about all this, wouldn’t it be just awesome to have new and far better figures of Buck, Wilma, Ardala, Kane, and even Twiki; along with minimates and 12-inch Quarter Scale figures. And what would be really nice to make guest-star figures (Jack Palance, Frank Gorshin, the guy who played the Vorvon, and even Gary Coleman). Oh please, please hear this request and answer positively in the coming week guys and you will have made a fan very happy.

DSTChuck: Wow long question- short answer! Yes, we’ve looked at Buck Rogers in the past and there was talk of a new show/movie, so nothing is imminent but you never know. 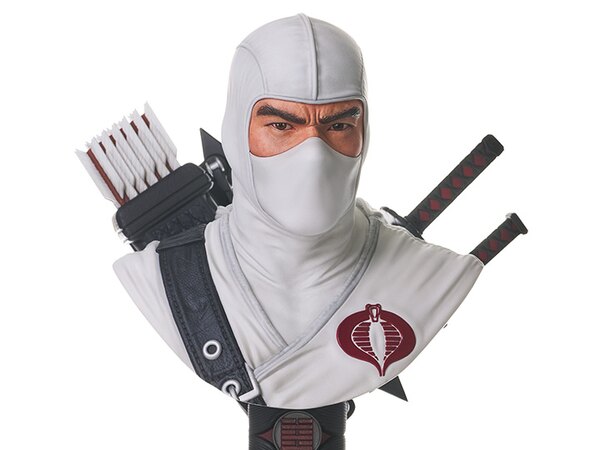 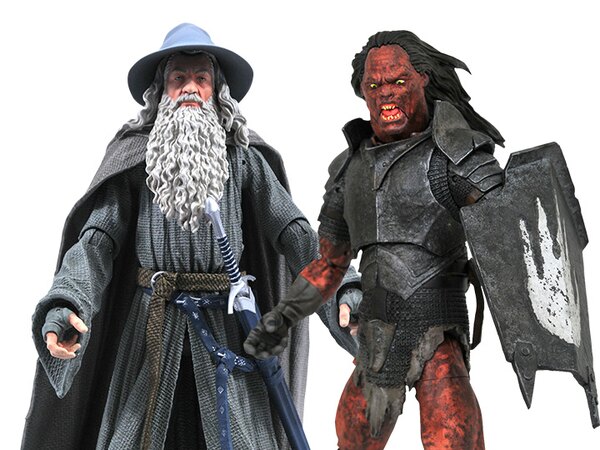 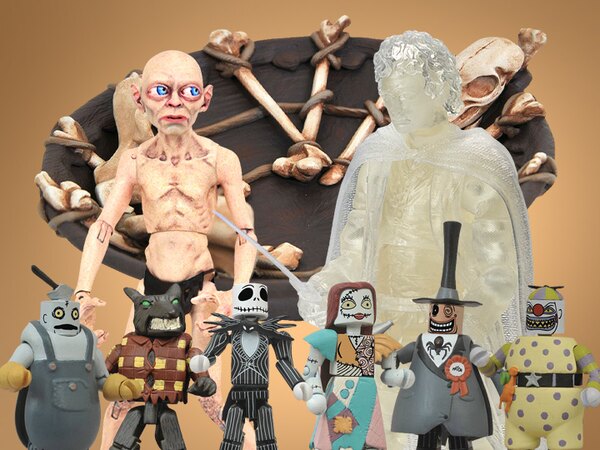 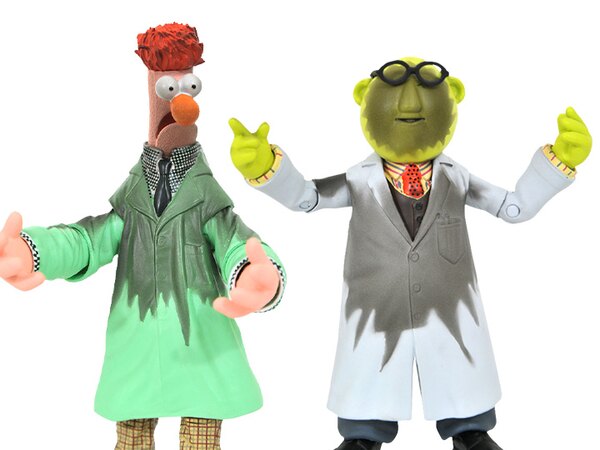 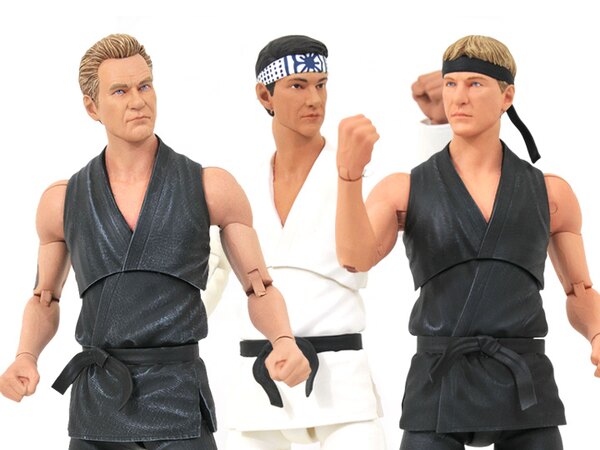