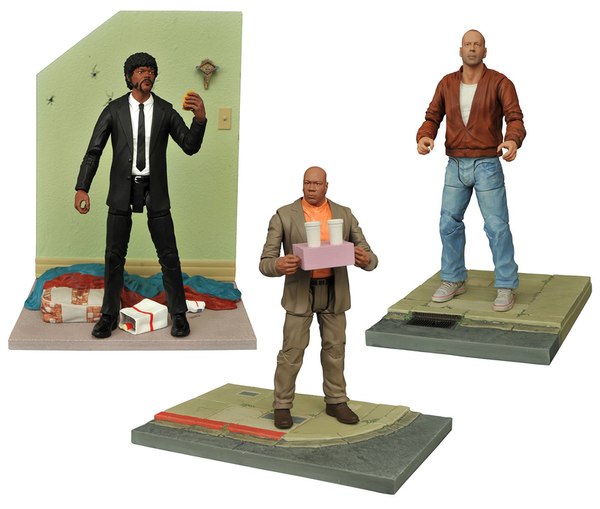 Say What again, I dare you! The long-awaited first series of 7" figures based on the Quentin Tarantino classic Pulp Fiction movie are finally up for pre-order. Diamond Select Toys had initially shown these figures off several years ago at Toy Fair, but they got delayed due to studio red tape. The first wave will include Butch Coolidge, Jules Winnfield and fearsome mob boss Marsellus Wallace.

Each figure will come with 16 points of articulation and character specific accessories. Each figure will also come with a movie specific diorama piece. Jules will include the room where the big shootout takes place, while Butch and Marsellus each come with a piece of sidewalk from their chase scene! I guess they won't be bringing out the gimp with these.

For those wondering about Vincent Vega, he should be coming in the second wave if all goes well. Look for the first wave to be released in September. You can pre-order them now at BigBadToyStore.com. 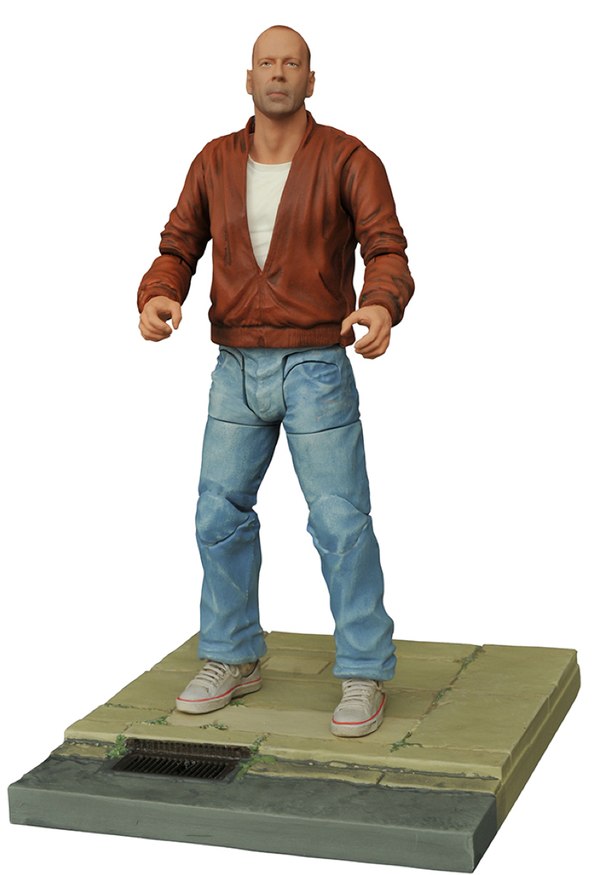 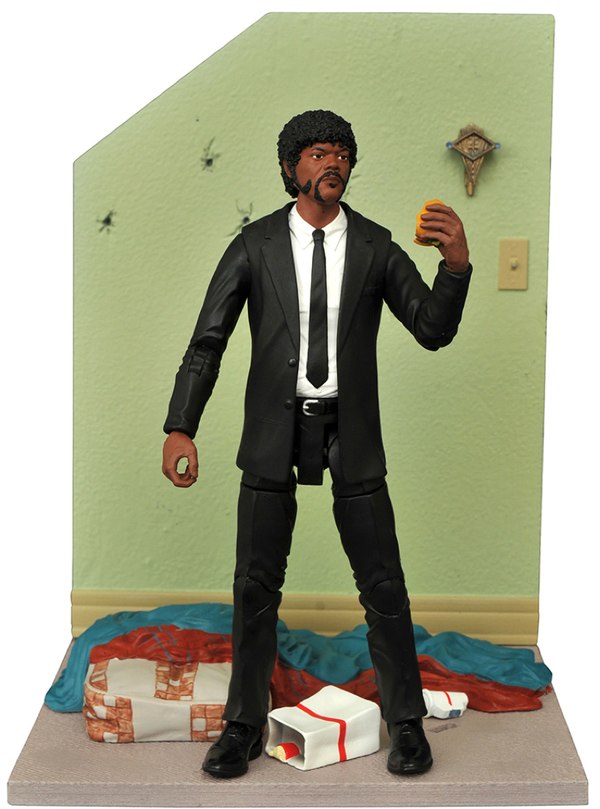 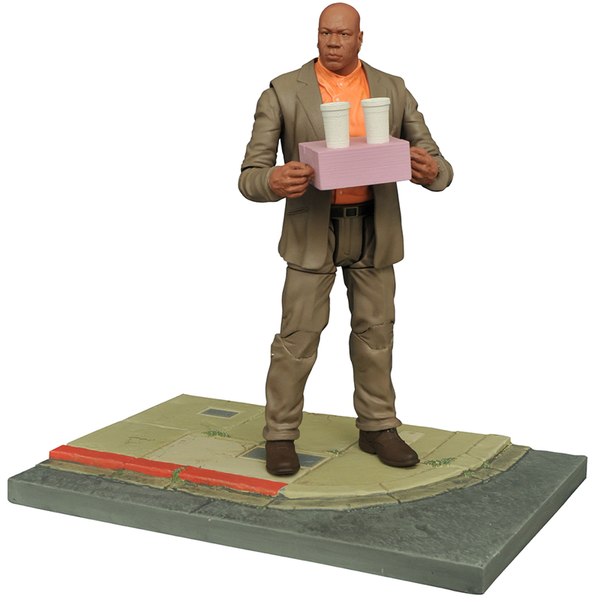