Four Horsemen
by Jay Cochran
February 08, 2012
The Four Horsemen's upcoming gallery show, Toypocalypse 2: Futuretro begins this Friday, February 10th at 7pm at the TT Underground Gallery in New York City, and the Horsemen are ready to reveal the limited edition Outer Space Men print that will be sold along with the exclusive "Cosmic Creators" Outer Space Men figures set at the show.

This print will be available exclusively along with the purchase of the extremely limited Outer Space Men Cosmic Creators series - The Birnkrant Edition figures set. The Cosmic Creator's set consists of alternate versions of four of Mel Birnkrant's most famous creations. The set featuring Metalmorpho, Deep Blue Astro-Nautilus, Goldiac and Blazing Inferno will be signed not only by Mr. Birnkrant himself, but also by each of the Four Horsemen. Each set of figures and OSM print is $125.00 at the Futuretro gallery show. 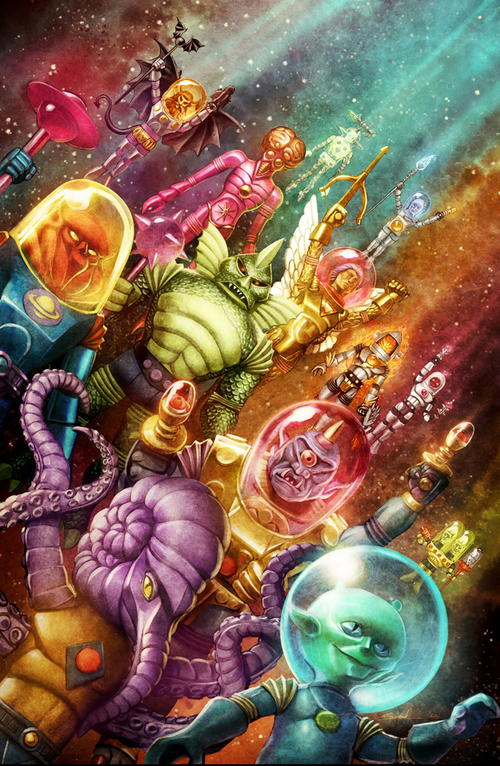 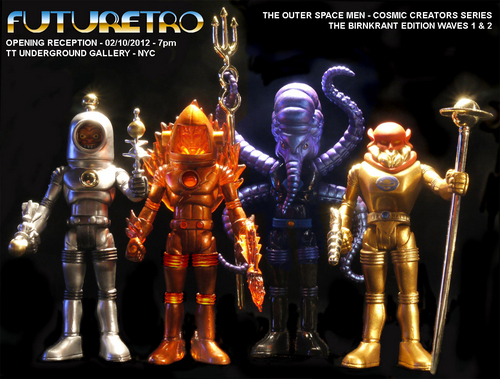 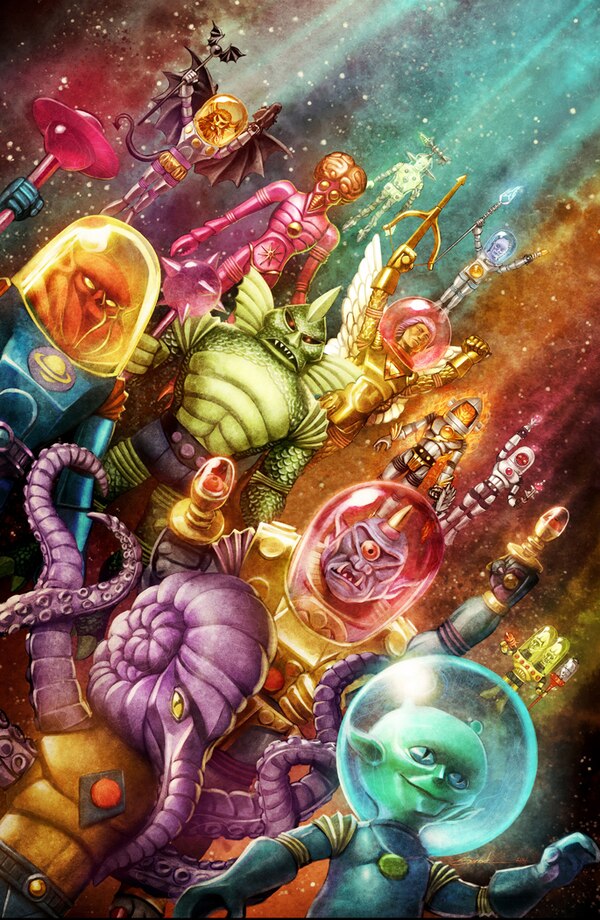 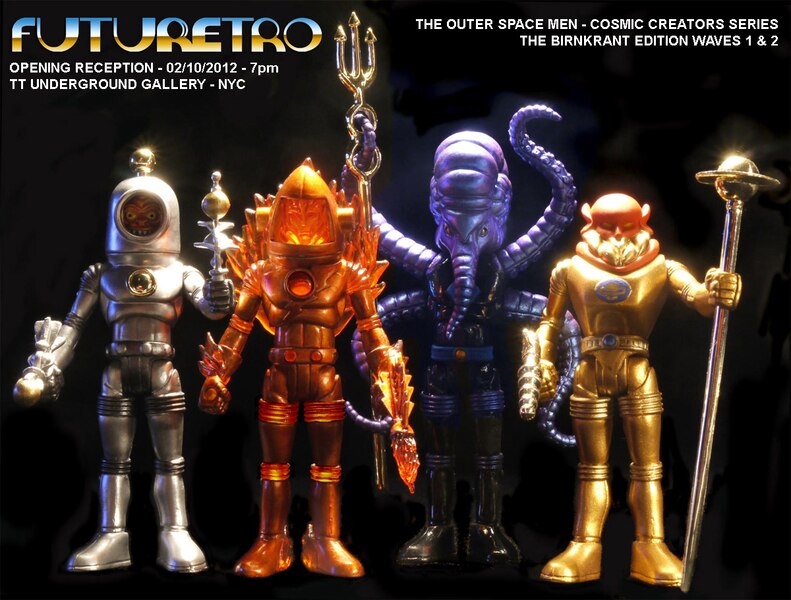