Hasbro
by Jay Cochran
January 25, 2010
The Japanese phenomenon that has won millions of fans, numerous awards and rave reviews is launching the next generation of battling tops based on the internationally successful BEYBLADE toy and programming franchise. Hasbro, Inc. introduces its BEYBLADE: METAL FUSION line, making its North American debut this spring in Canada and launching in the United States this fall. Hasbro's BEYBLADE: METAL FUSION battling-top toy line allows kids to collect, customize and compete like never before with a new, metal gear system and the introduction of an online virtual battle component.

“The BEYBLADE phenomenon continues to sweep across Japan and the Pacific Rim. Re-introducing the brand in markets across the globe is a logical and savvy strategy”

In 2002, Hasbro successfully introduced BEYBLADE toys in countries around the world by teaming up with TOMY Company, Ltd. who distributed BEYBLADE toys in the Middle East and Asia. The brand was re-launched in Japan in 2008 via TOMY Company, Ltd. and has since sold almost ten million BEYBLADE: METAL FUSION tops and accessories with thousands of kids competing in BEYBLADE tournaments across the country. In 2010, through d-rights, Inc. and Nelvana Enterprises, Hasbro has been selected as the master toy licensee outside of the Middle East and Asia. Set to launch this fall the BEYBLADE: METAL FUSION animated series will feature 51 new episodes starring a fresh cast of characters.

“BEYBLADE is a powerful worldwide brand, and we are confident that a new generation will fully embrace our all-new line of high performance BEYBLADE battling tops,” said John Frascotti, chief global marketing officer, Hasbro, Inc. “The re-launch of BEYBLADE will provide kids with an immersive brand experience through great product and entertainment. Our BEYBLADE: METAL FUSION line takes a new approach to the top toy category, while the introduction of BeybladeBattles.com gives kids the opportunity to compete with other fans around the world like never before.”

"The BEYBLADE phenomenon continues to sweep across Japan and the Pacific Rim. Re-introducing the brand in markets across the globe is a logical and savvy strategy," said Chris Byrne, content director TimetoPlayMag.com aka The Toy Guy®. "The fast-action, spirited competition, compelling story and strong entertainment component made BEYBLADE a huge success during its first launch, and I'm confident that kids will be as excited as I am that Hasbro is bringing this new-classic toy line back."

With a focus on customization and high-performance competition, each top in Hasbro's BEYBLADE: METAL FUSION line comes with five interchangeable parts, ready for kids to build and rebuild to maximize performance for battle. The Performance Tip determines competitive method (i.e. how aggressive a top will be in battle), the Fusion Wheel determines the weight of the top and the Spin Track determines movement patterns. Competition takes place in the BEYSTADIUM arenas. To get the action started, kids pull the top's ripcord to launch it into play with the battle cry “LET IT RIP!” The last top spinning wins.

Taking top battles to the next level, each BEYBLADE: METAL FUSION top package includes a unique code which unlocks the opportunity to battle head to head in real time against other Beybladers on BeybladeBattles.com. So, now kids can modify and battle BEYBLADE tops off and online!

Collect, customize, and compete with the BEYBLADE: METAL FUSION BATTLE TOP assortment! Complete with cast metal fusion wheel, ripcord launcher, and assembly tool you can build your top to suit your battle. Whether you choose to build a defense, attack, balance or stamina top type you can enter competition confident that you will reign supreme. To take your battle to new heights, enter the unique code found in each BEYBLADE: METAL FUSION BATTLE TOP package at BeybladeBattles.com to compete against other Beybladers from around the globe!

Battle right out of the box with the BEYBLADE: METAL FUSION SUPER VORTEX BATTLE set! Complete with two exclusive BEYBLADE: METAL FUSION tops, two ripcord launchers, an exclusive high-performance SUPER VORTEX BEYSTADIUM arena, official rule book, and tournament grid this set is ready to LET IT RIP! With a unique design, competitors will enjoy enhanced battles in the SUPER VORTEX BEYSTADIUM. Players can enter the included top codes at BeybladeBattles.com to compete against other Beybladers from around the globe.

Challenge your fiercest rival to a showdown as intense as you are with the BEYBLADE: METAL FUSION FACE-OFF assortment. Each five piece top features specialized parts to build your top to suit your battle; build attack tops, balance tops, defense tops and stamina tops. To take your battle to new heights, enter the unique code found in each BEYBLADE: METAL FUSION BATTLE TOP package at BeybladeBattles.com to compete against other Beybladers from around the globe.

This is where battles are fought and won! Each BEYSTADIUM arena in the assortment features unique colors, size, and slope requiring players to plan a strategy and customize their tops for each competition. Choose from three arenas.

Prepare yourself for battle and enter confidently into the competition with the BEYBLADE: METAL FUSION BATTLE GEAR assortment. Each battle is unique so choose your gear wisely. To get the action started, select from the STRING LAUNCHER, WIND-UP LAUNCHER or LAUNCHER GRIP and send your top into combat.

Gain the competitive edge with the BEYBLADE: METAL FUSION REACTOR CHAMBER accessory - this unique tool allows players to spend more time strategizing and less time assembling! Simply select your top's five components, stack them in the chamber, close it up and twist; your BEYBLADE top will instantly be assembled and ready for combat.

Engage in on-the-go battles with the BEYBLADE: METAL FUSION BATTLE CASE accessory! With storage for gear and up to 20 BEYBLADE tops, the convenient carry case also opens up into a battle arena to battle anywhere.

Found Hasbro Introduces BE on Ebay 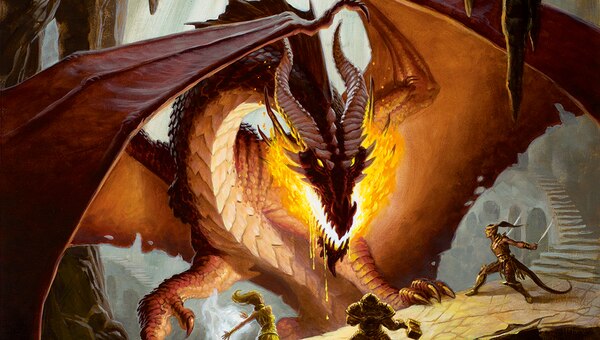 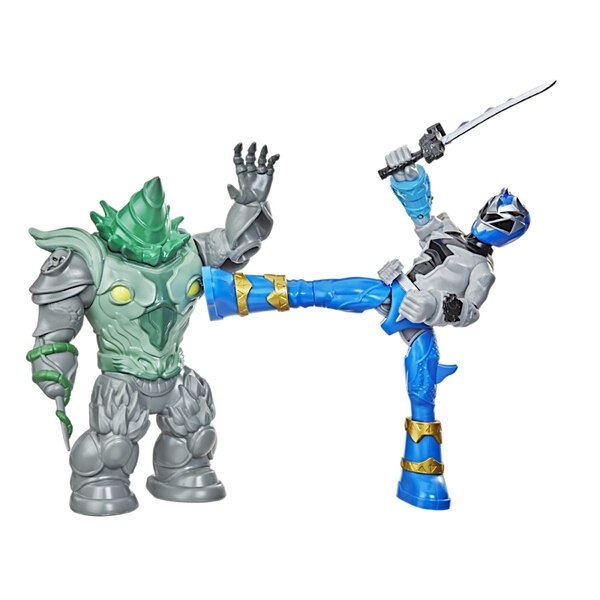 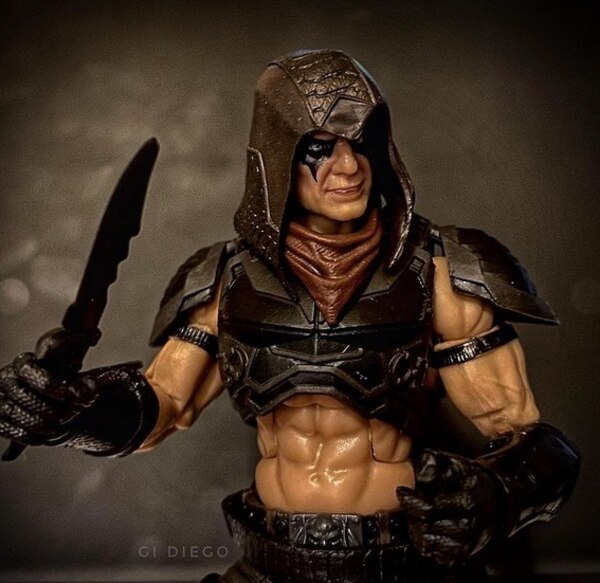 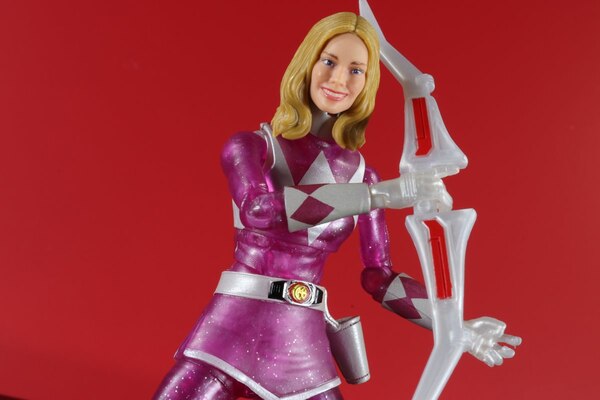 Could 6" Dungeons & Dragons Animated Series Action Figures From Hasbro Be In The Cards For Collectors??? 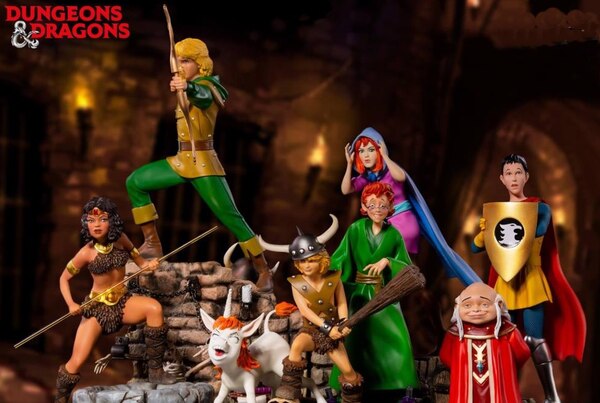