JoeCon 2015 Day 2: Nothing From Hasbro Today & A Look At Boss Fight Studios

GI Joe
by Jay Cochran
April 10, 2015
Unfortunately those hoping to get a glimpse at what Hasbro has in store for G.I. Joe in 2015 today during the G.I.Joe Convention, it looks like you are going to be disappointed. This is what was on hand at the Hasbro section today. 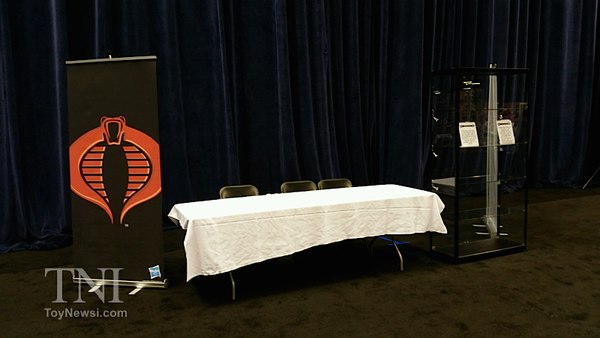 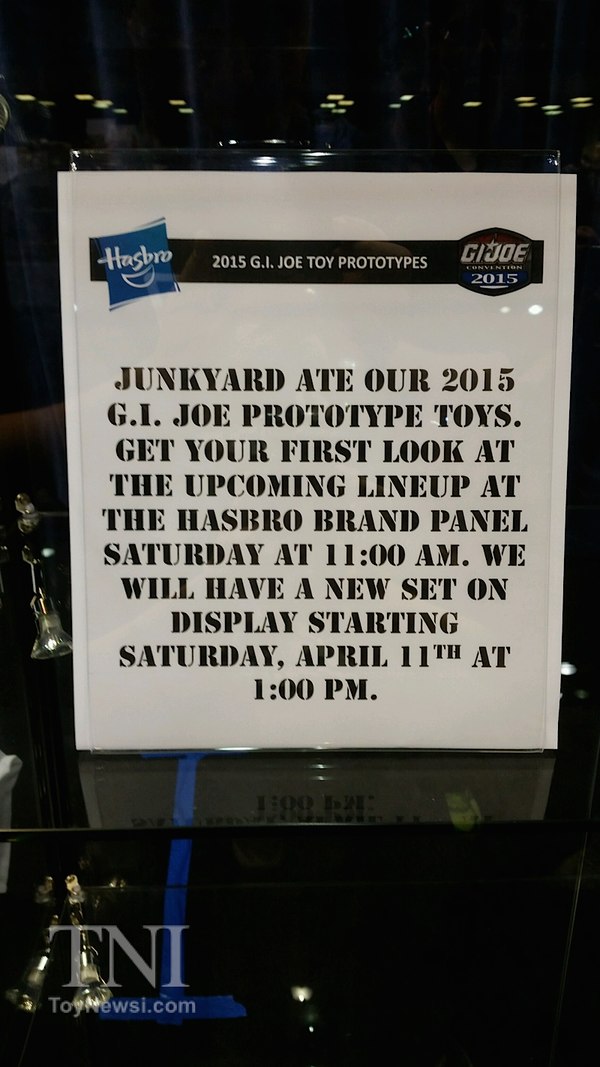 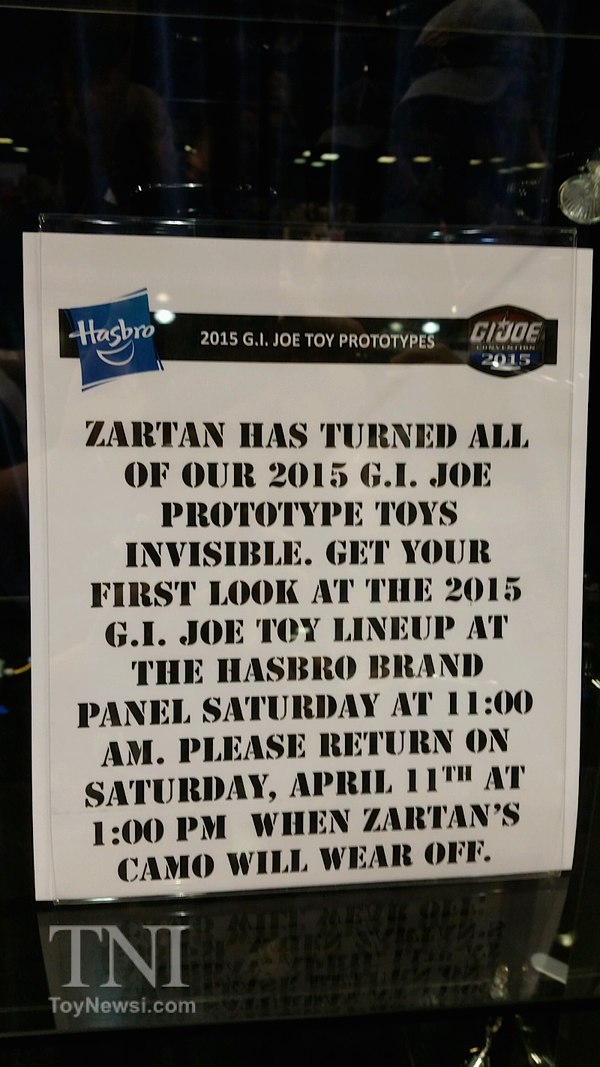 As we told you earlier today, Hasbro will be releasing some exclusives through Toys R' Us and BigBadToyStore.com this year as well as some kind of San Diego Comic Con exclusive which we assume is what will be revealed tomorrow during the Hasbro panel mentioned in the signs above. Be sure to check back tomorrow around 12:00PM ET for more on that.

Meanwhile in other news, Boss Fight Studios was on hand at the convention today and they had some concept art on display for their second series of Vitruvian H.A.C.K.S. Action Figures as well as prototypes for their first wave. 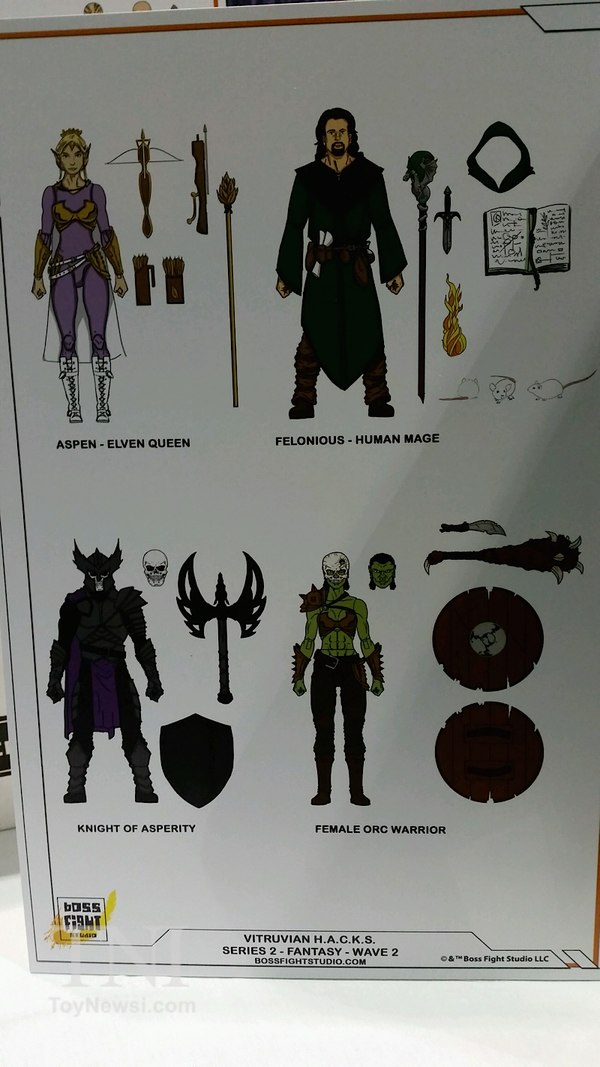 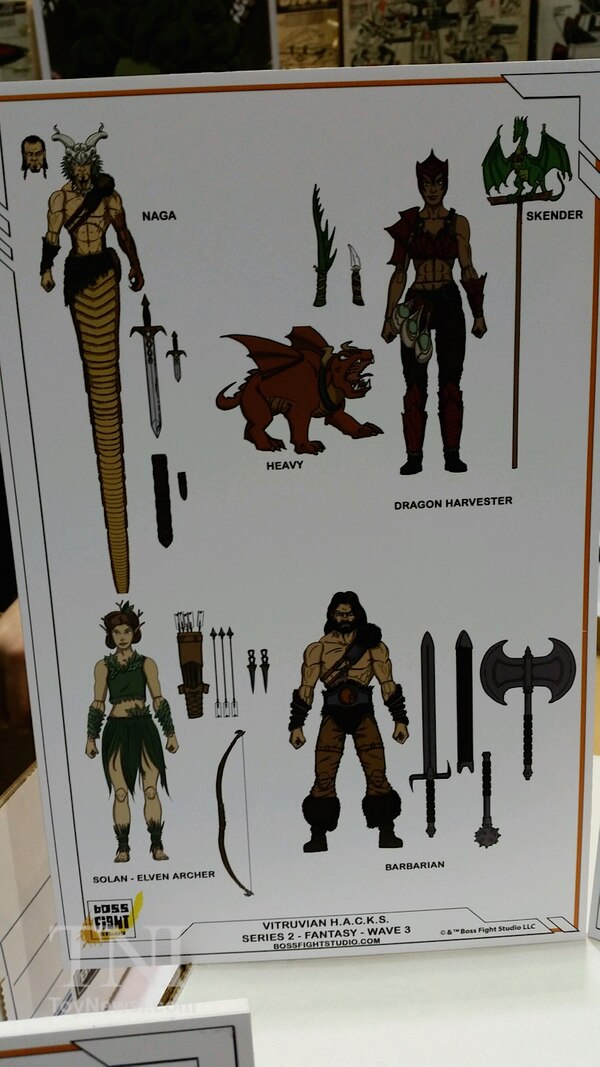 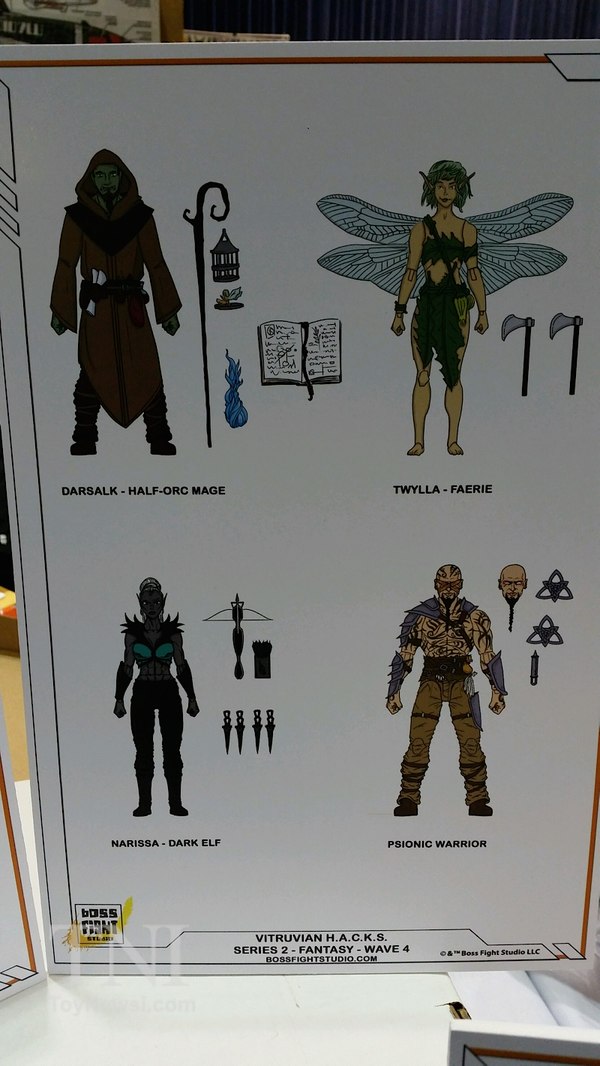 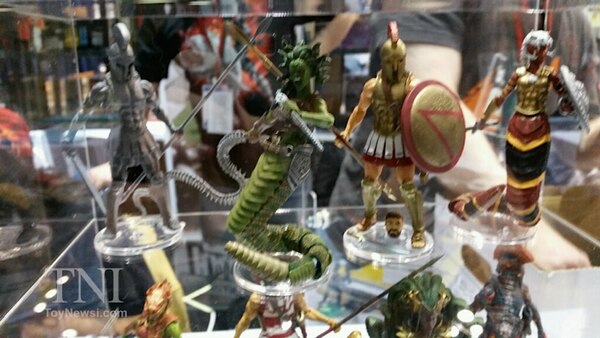 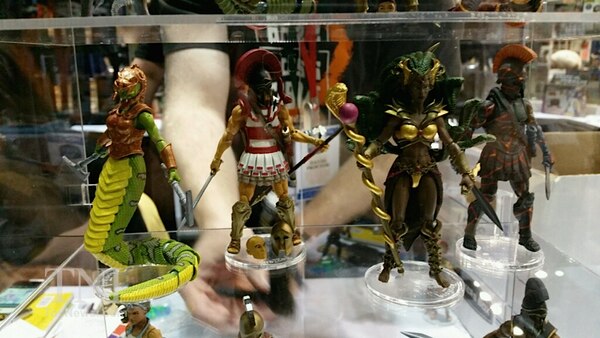 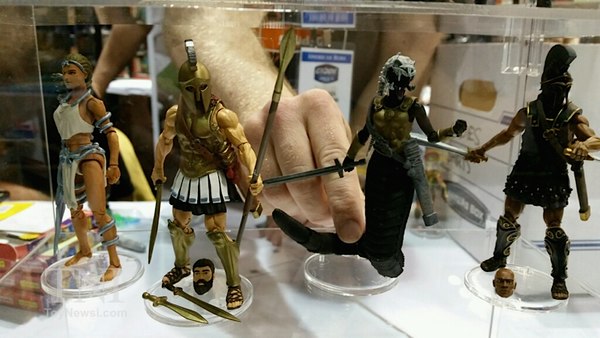 We'll have some better quality images for these to show you later today.

Also on hand at the Boss Fight Studios booth were some images for their upcoming 4" Eagle Force line they are doing with Fresh Monkey Fiction. 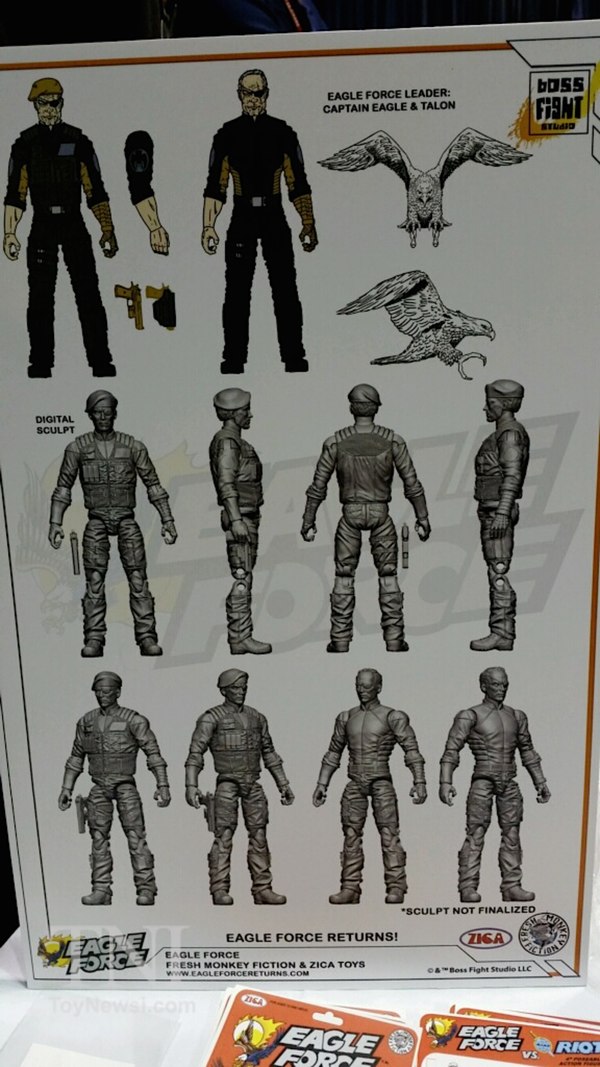 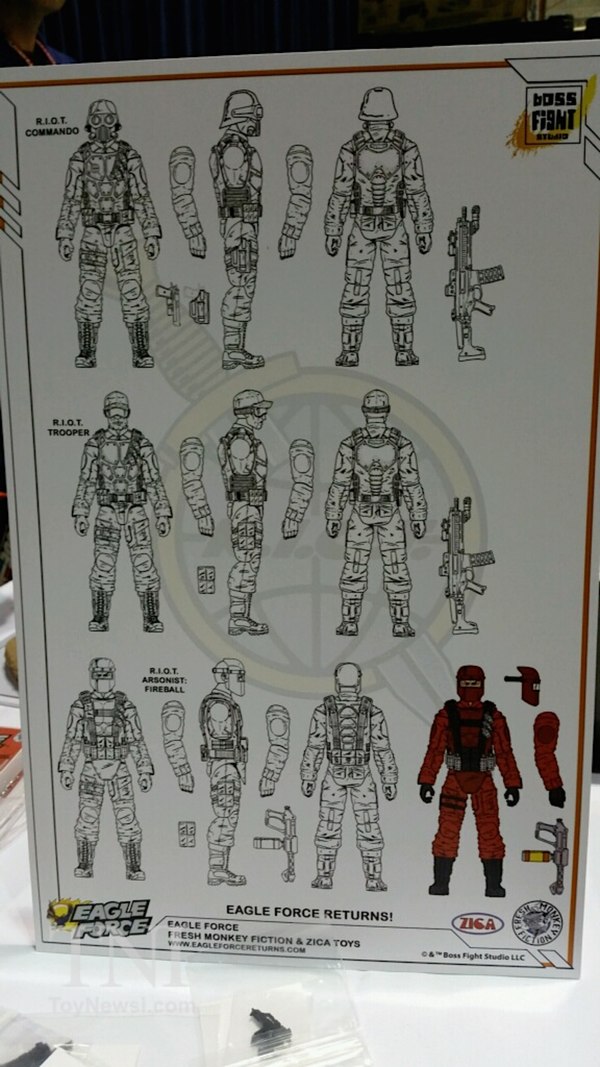 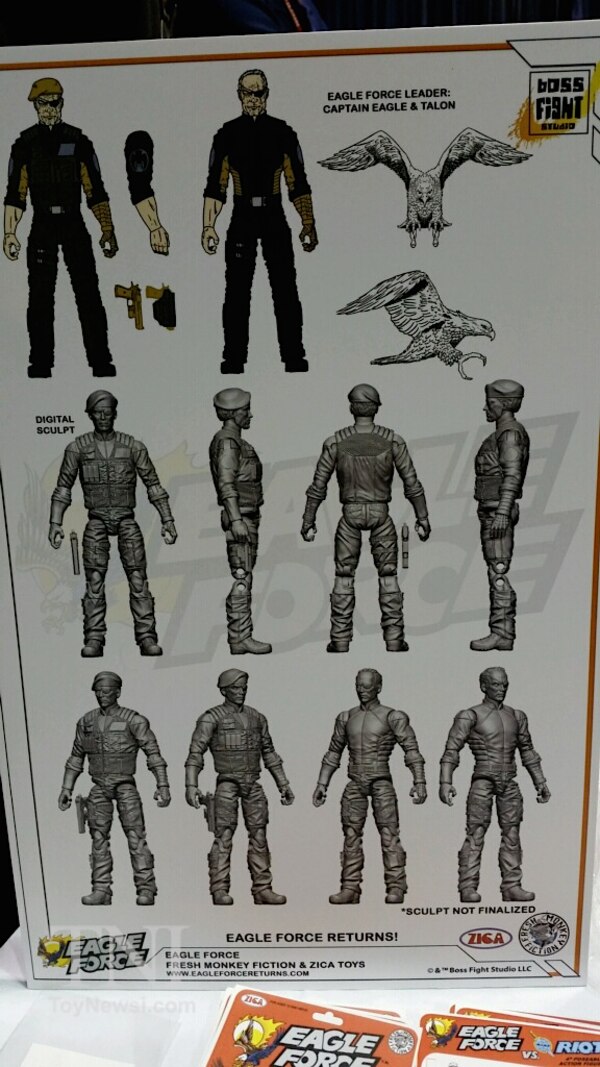