For DC Super Powers they showed more vehicles coming, 66 Batman will see Egg Head and for DC Multiverse there will be a Nolan Batman Build-A-Wave as well as a number of comic based figures. Also shown were 7" Aquaman DC Page Puncher figures. Check out all the slides below. Thanks to robdtoys
Image 1 of 16 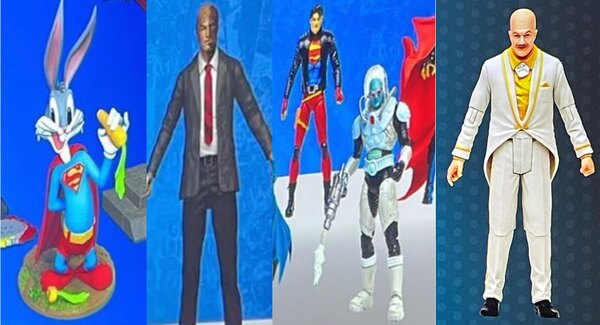 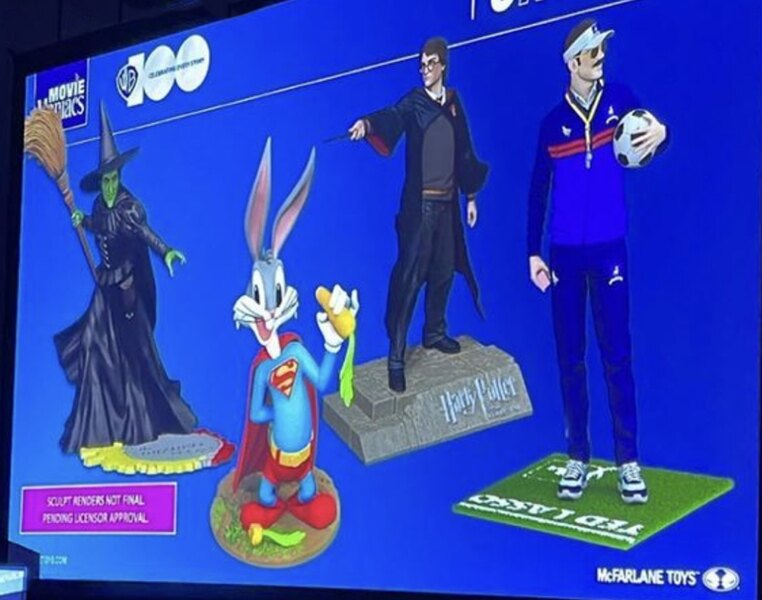 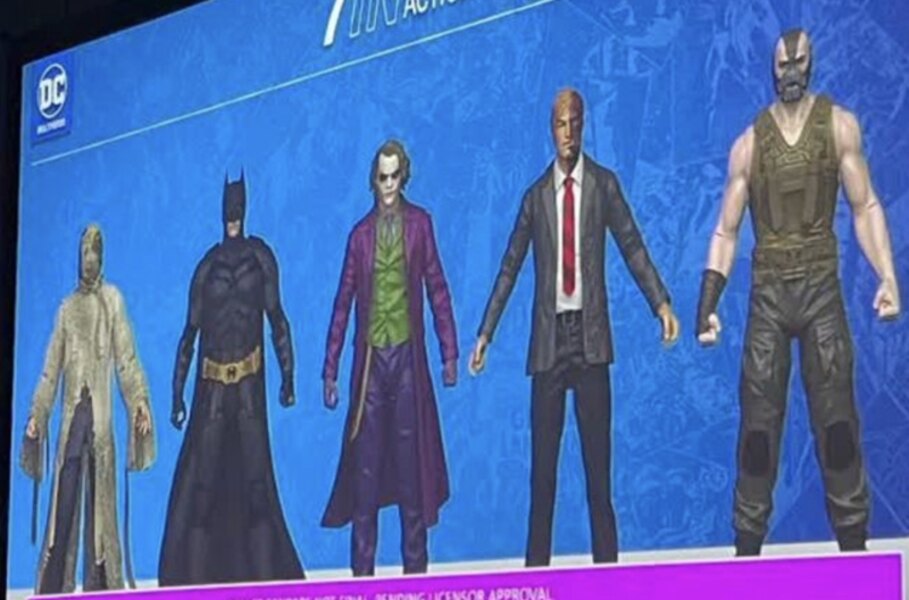 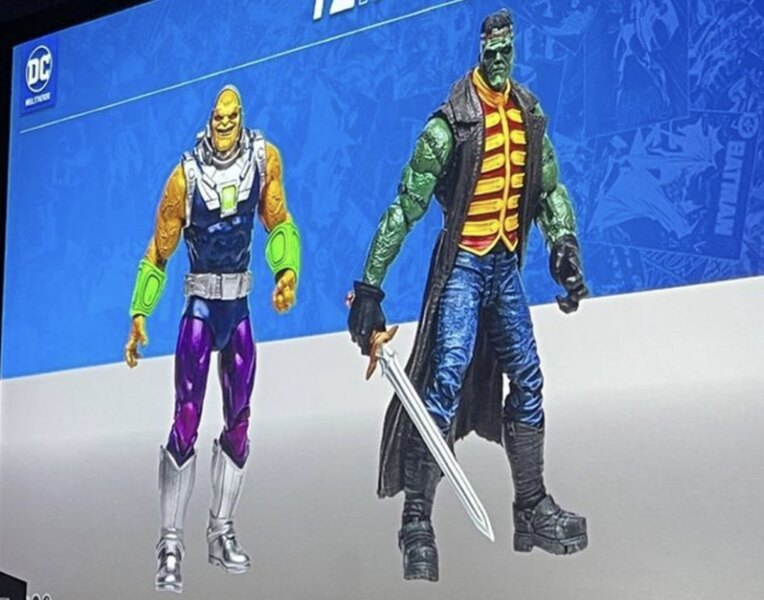 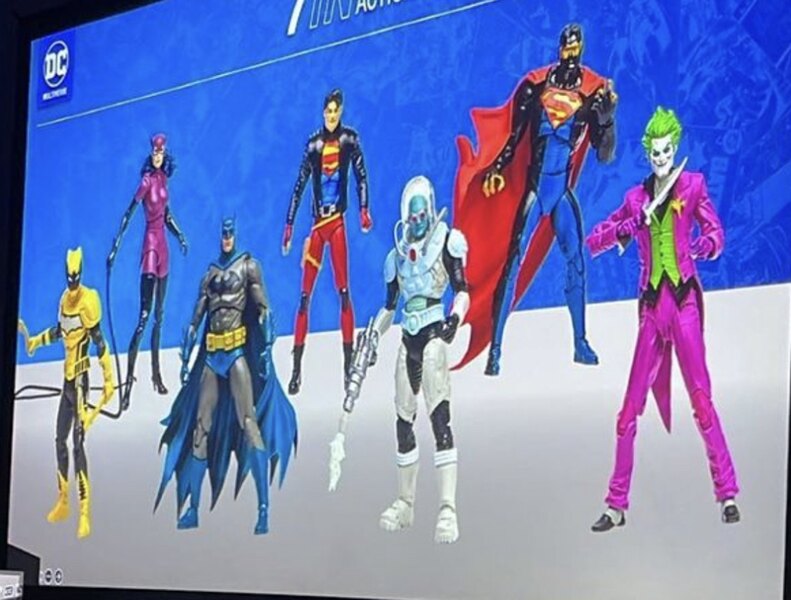 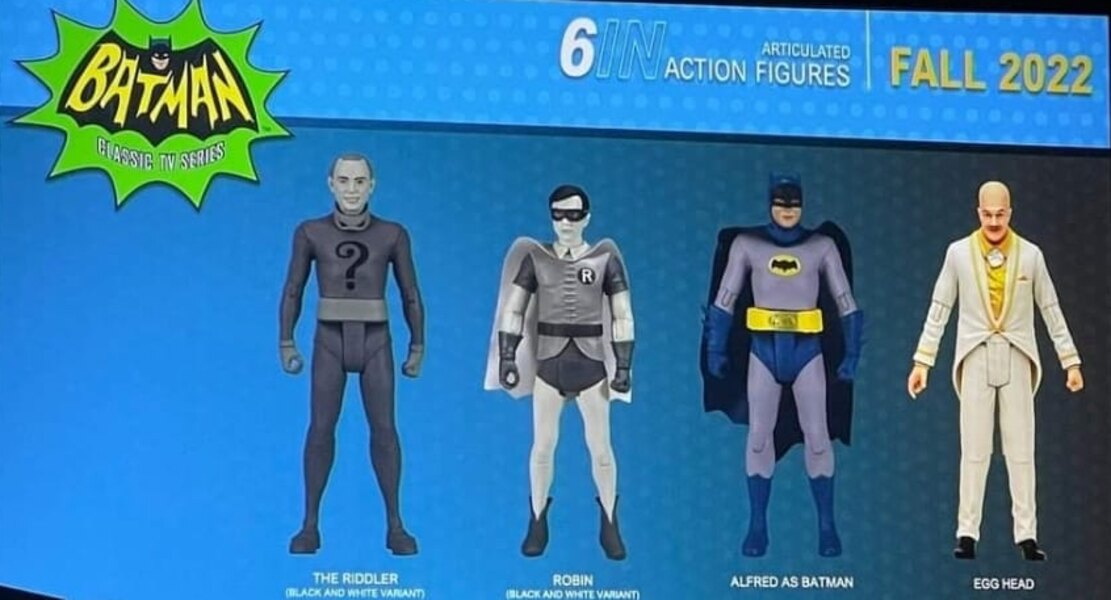 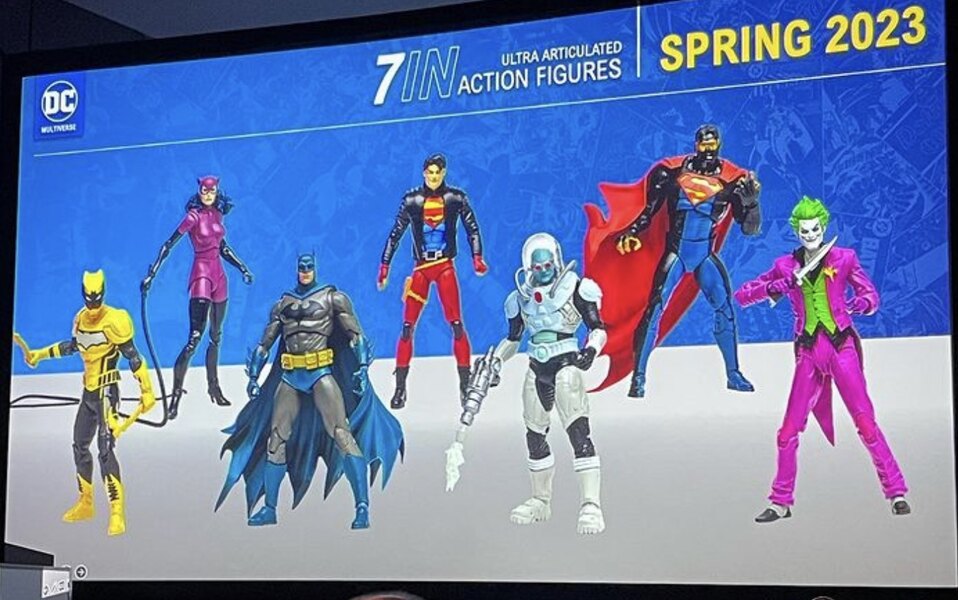 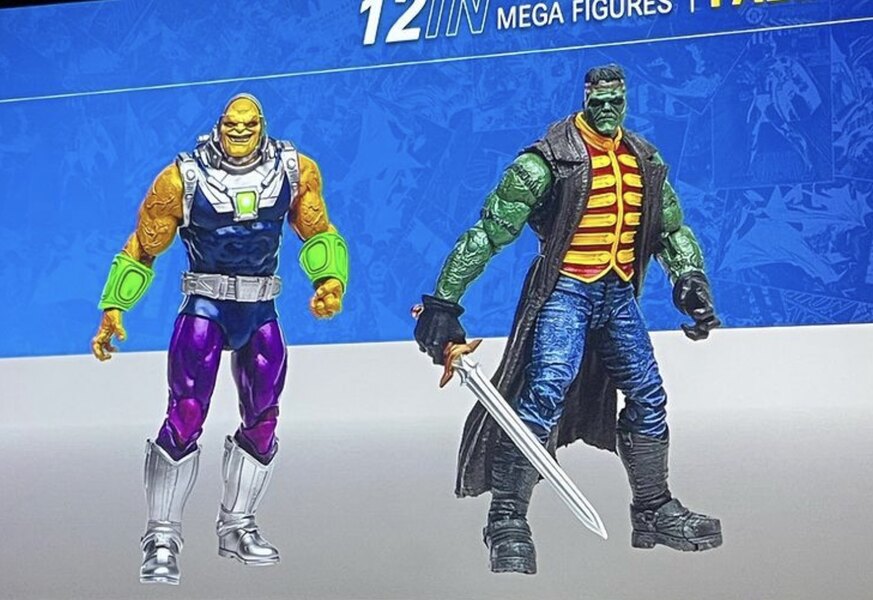 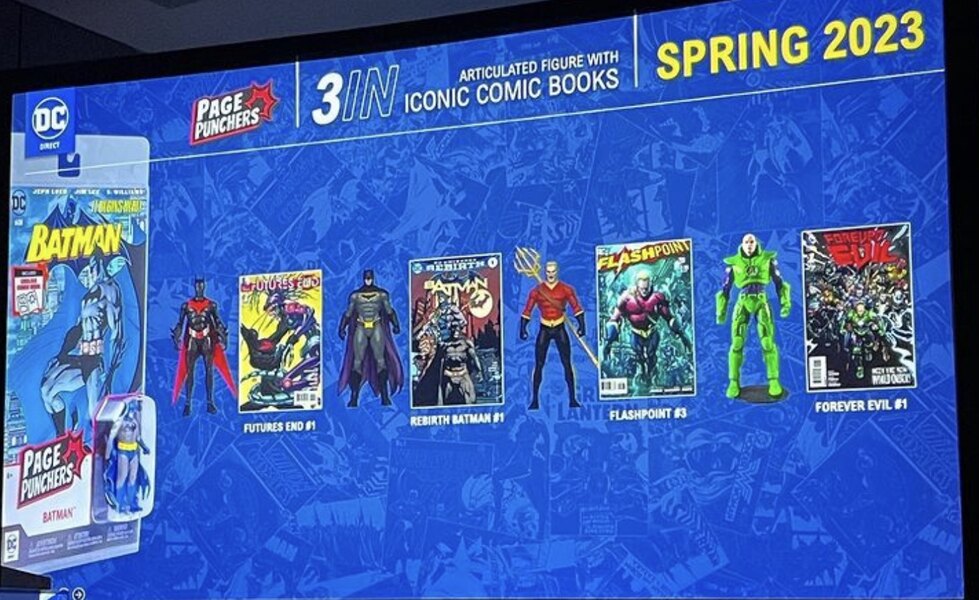 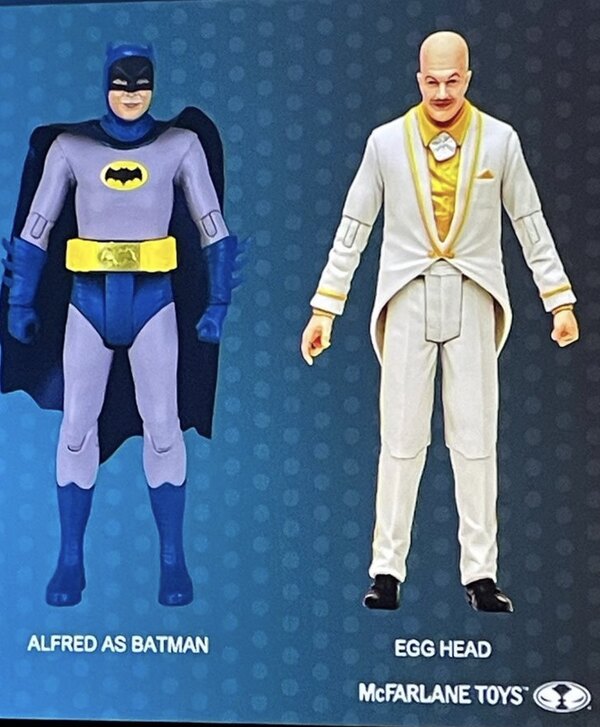 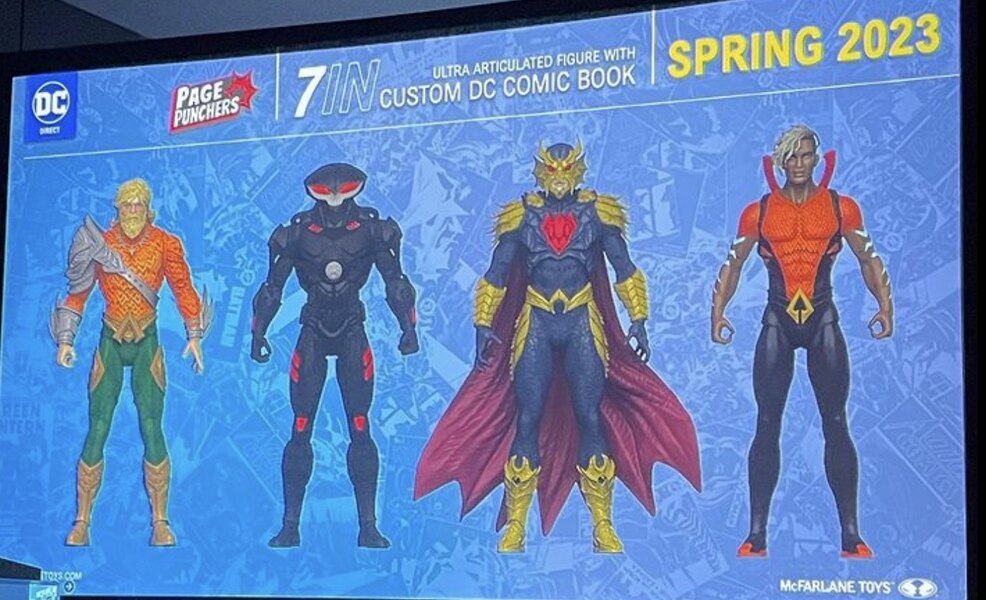 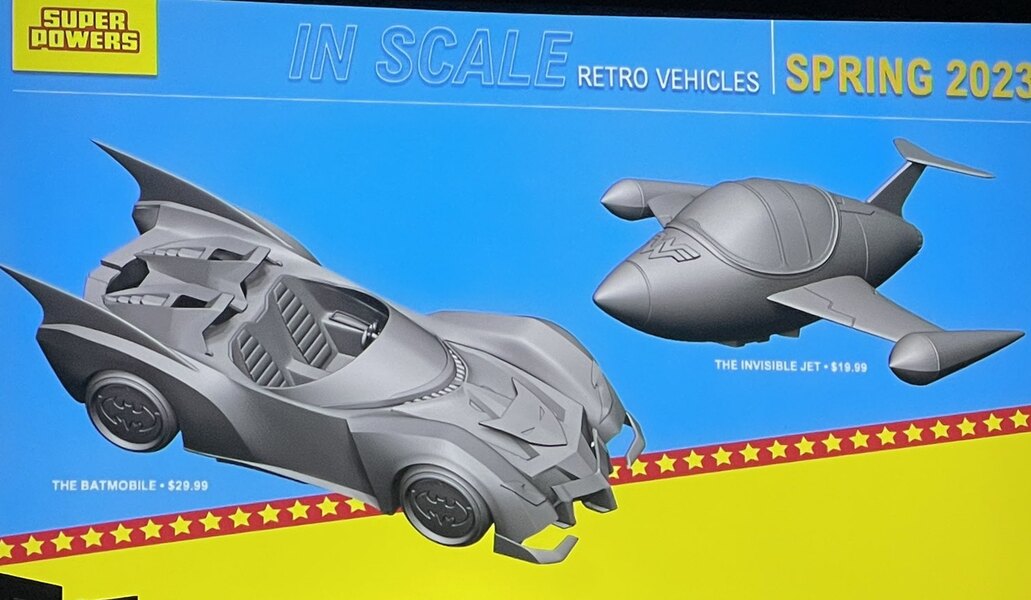 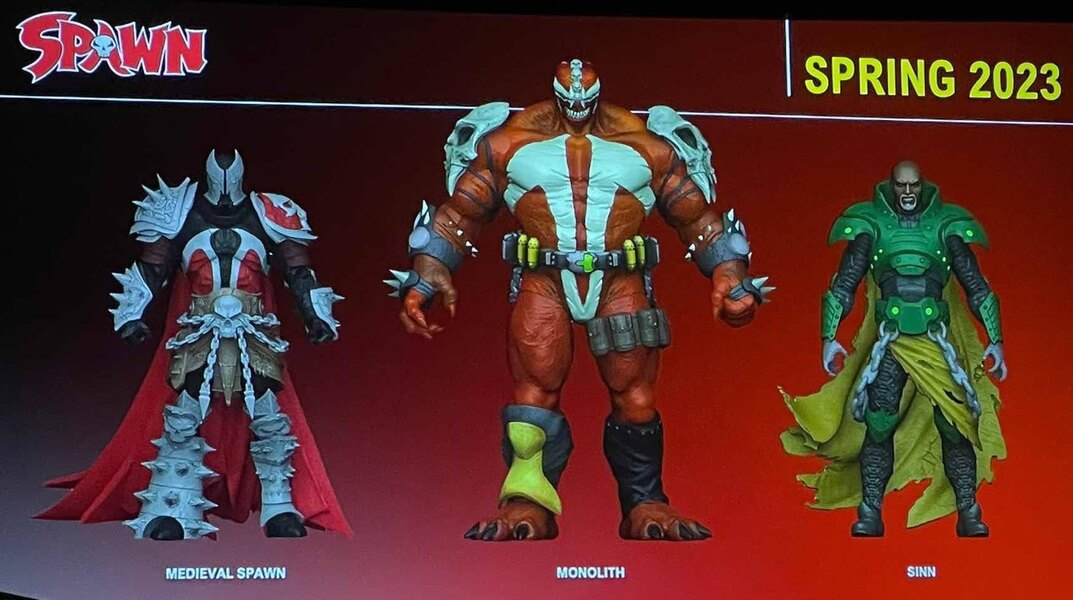 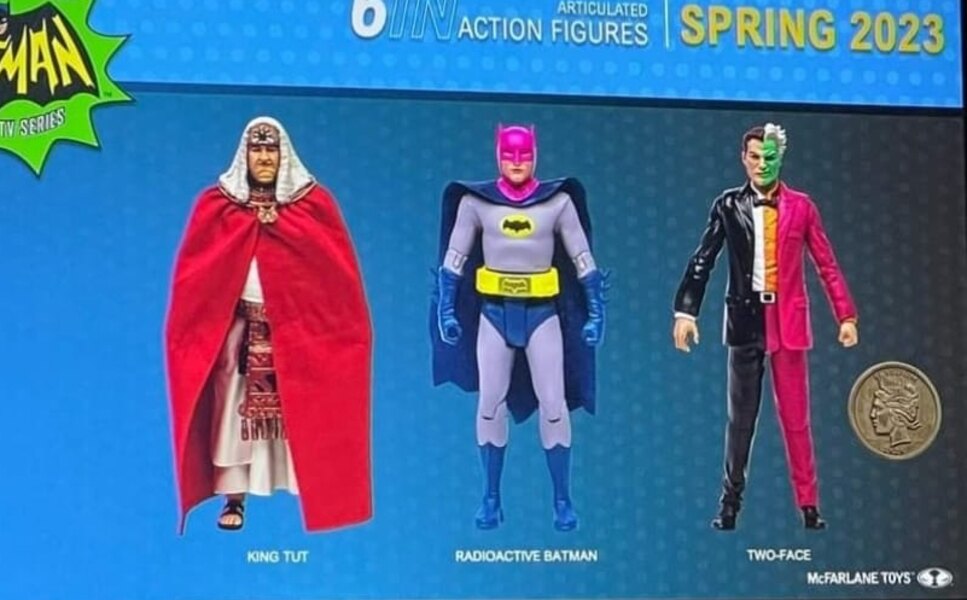 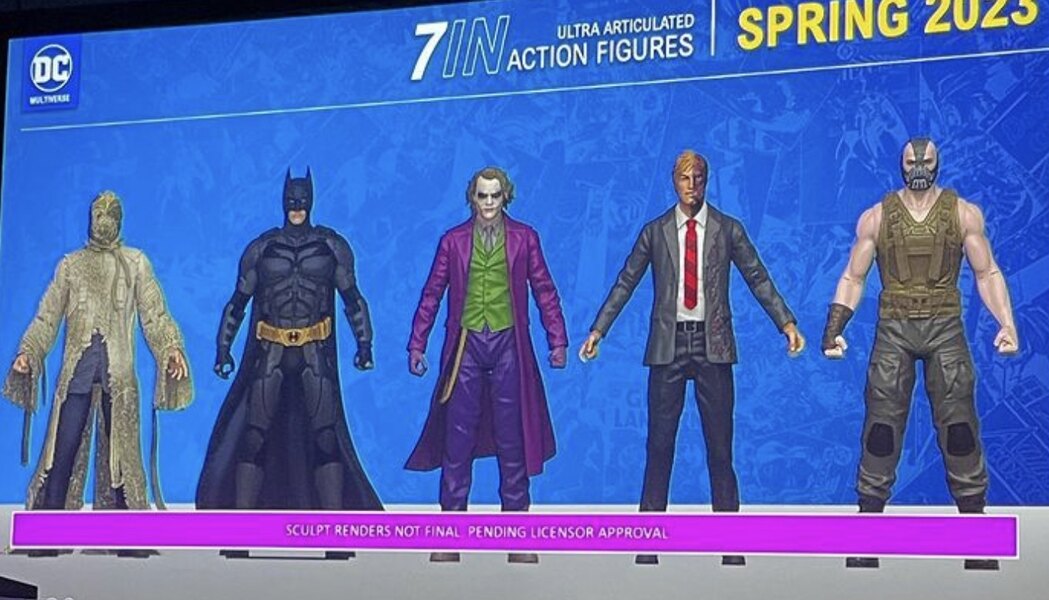 Sam and Twitch? Idk, not what I wanted from Spawn line- but if they have good reviews, I might pick these up.

Sam and Twitch were unexpectedly my favourite of the wave. They have real potential to be in my top 10 for the year.

Im excited about these demon looking spawns. Lots of potential for fantasy use or whatever really.

sb_toyz takes a look at at latest assortment of Spawn Action Figures from McFarlane Toys.Check out images for this figure below in our GALLERY and be sure to share your own thoughts about it in the COMMENTS SECTION.

I can't wait to see what newer batmobiles or other vehicles from DC line of McFarlane will bring us. The super powers line is turning out to be good. I hope he does other redeemer versions in his Spawn line, but I'm interested to see how that Medieval Spawn turns out.

I'm hopeful that with the pink radioactive Batman figure being released, McFarlane will release a Mad Hatter figure since that is the villain that was in the episodes that the pink cowl appeared. I also will keep my fingers crossed for a Bookworm figure. Don't know if False Face, Shame, Siren, or other villains are in the mix. I'd think Alfred in his regular suit will eventually get released. Maybe an Eli Wallach Mr. Freeze figure has a shot since that would just be a head swap like the Julie Newmar & Eartha Kitt Catwoman figure bodies were identical.

really wish the super powers vehicles looked more like the originals. I get the licensing issue but still

We saw these announced last month during NYCC but now we have some in-hand images to share with you of the 66 Batman DC Retro 6" Egghead, King Tut, Riddler and Radioactive Batman figures from McFarlane Toys.These figures have already started seeing release overseas and here in the US will be sold as Target exclusives.

We saw these announced last month during NYCC but now we have some in-hand images to share with you of the 66 Batman DC Retro 6" Egghead, King Tut, Riddler and Radioactive Batman figures from McFarlane Toys.These figures have already started seeing release overseas and here in the US will be sold as Target exclusives.

I know this isn't the correct topic, but since I don't or can't seem to find a topic about a recent news report, there is some possible rumours of some upcoming DC Stuff from McFarlane. No pics, just listings. Here's a link from TNI on it:

For the Batman 1966 T.V. line, if the Comic Batgirl happen, I assume it will be from the few T.V. 1960's Comic Book series/crossovers. I'll be down for it, even if it doesn't have Yvonne Craig's likeness. Luckly, she wears a cowl, so it isn't going to be a major issue for me at least. I can only hope it still has the sparkly effect that is similar to their 1960's Catwoman figures. After all, if DC can't regain back Criag's likeness, this would be a nice subsitute.

If there is going to be a Batboat from the show: if you look at photos of Batman and Robin in the Batboat from the show, their heads are or almost over the windows, similar to how the McFarlane 1960's Batmobile. So, I can only assume if Batman and Robin figures heads are over the Batboat windows, I can be okay with that. At least it will make more sense than how he handled a slightly undersize 1960's T.V. Batmobile. Course, who knows, maybe McFarlane will find a way to fudge it even further.

If there is a Wayne Manor Playset/Diorama: I hope this means down the road, we may see a regular Alfried, as well as Bruce Wayne and Dick Grayson. I'm assuming this will be Bruce's Private Study/Library Room area, where the Batpoles are located.