As 2016 reaches closer to it's long awaited end, it's that time of year again for me to talk about my favorite action figures of the year! You're getting an exclusive look at ShartimusPrime's Top 5 Action Figures of 2016!! I will have a video talking about my Top 10 Figures of 2016 this weekend. Please keep in mind that this list was very difficult to organize, and if I'm going to be honest, I still don't feel 100% confident I can stand behind the order of this list (be warned, the list might change). I've spent enough hours banging my head against the walls of the Dork Room trying to sort this out, so let's just get to it! 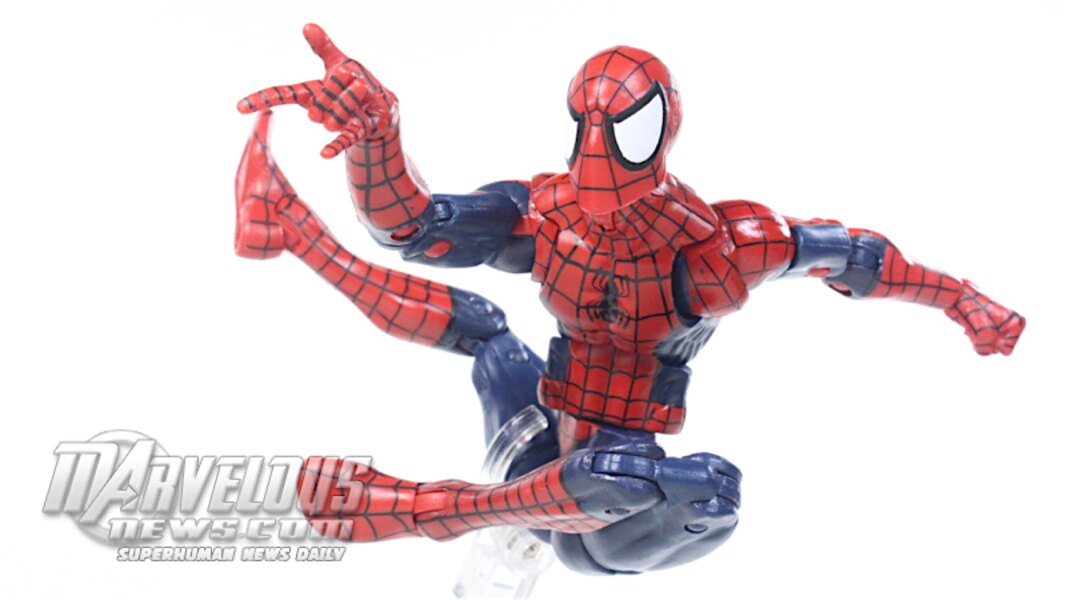 This is the highest Spidey reaches my list, and it's even a surprise for me that I put him this low (especially with him being my favorite comic character and there being plenty of good Spider-Man figures that were released this year). This figure loses points for the lack of interchangeable hands, and that's really it's biggest downfall. I also take points away because it is a reused body and head from previous figures combined together into this new piece. It wins points for Hasbro fixing the hip joint issue we had on the Pizza Spider-Man. The thing that I really like about it, is that this is a really fun figure to pose, and the fact that they went with a darker blue, really makes it look like a McFarlane Spidey to me. This is one of those pieces that was a must-get for me, and I loved reviewing it and taking photos of it. 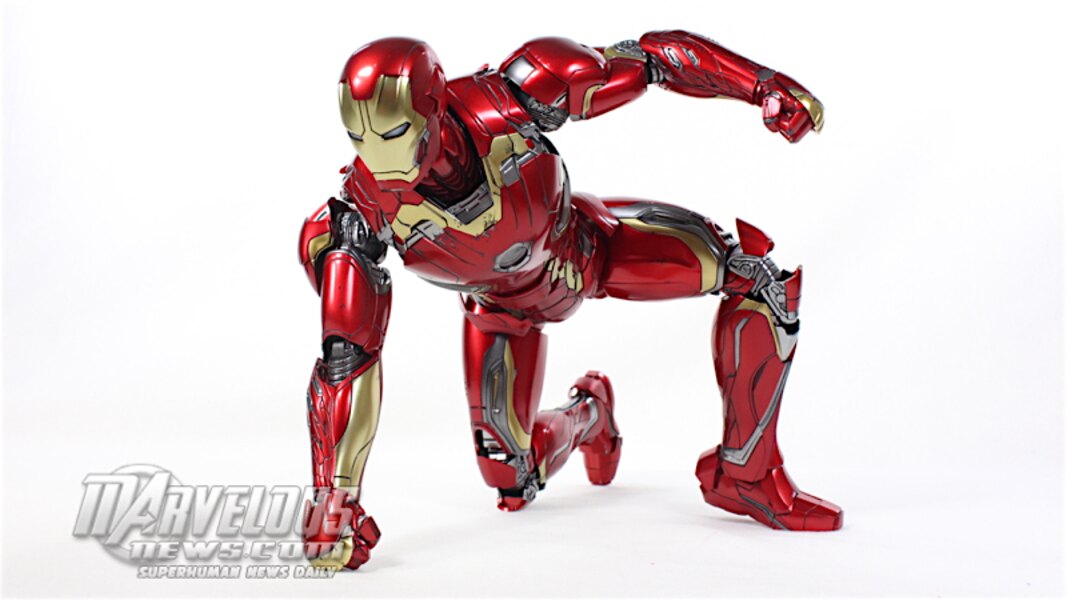 I loved the design of this armor the second I laid eyes on it and thought to myself, "As soon they make a Hot Toy of that thing, I'm snagging it!" Hot Toys did not disappoint at all with this piece, and it's still a figure I get excited to take off the shelf for a size comparison. It has consistently cost me extra time from whatever review I was working on to repose and just admire the piece. The red on the figure seems to shine a little brighter than most Hot Toys Iron Men, and the sleek design just looks awesome to me. The thing that sets this figure over the edge are the effects accessories that come with it. The thing is articulated like crazy too, so having those awesome effects and getting it into dynamic poses just make it a choice piece. 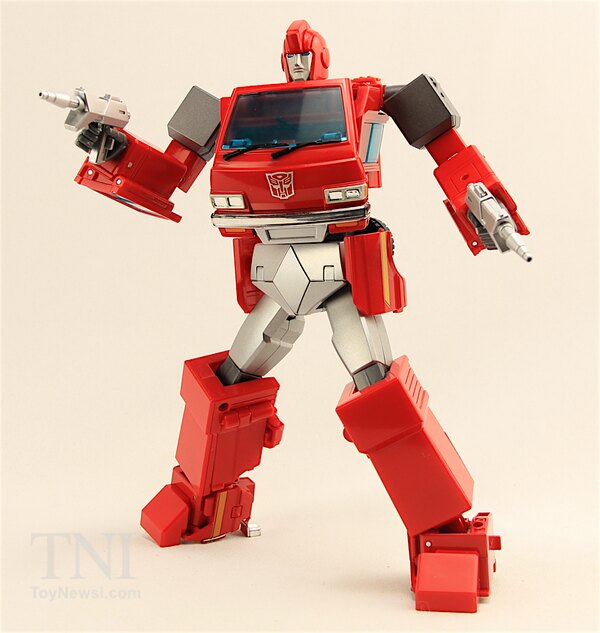 Some may be surprised to see this figure reach so high on this list, but we're talking about a Masterpiece Ironhide that Takara just hit out of the park! This was a figure that I thought would never be made, and over many years I almost gave into a couple a of the third party versions out there, but I am very happy I held out for the real deal. The one I almost picked up was the IGEAR version, and that figure always bothered me because I thought the robot mode looked out of scale. This MP version fits into scale perfectly, and then the ton of accessories it comes with are fantastic. And not to mention the figure's ability to transform very smoothly and also have the ability to make itself into a compact van that also fits into scale. The only downside of the figure is his diaper, but over time it has bothered me less and less. Writing this article actually makes me want to go grab Ironhide off the shelf and transform him right now! 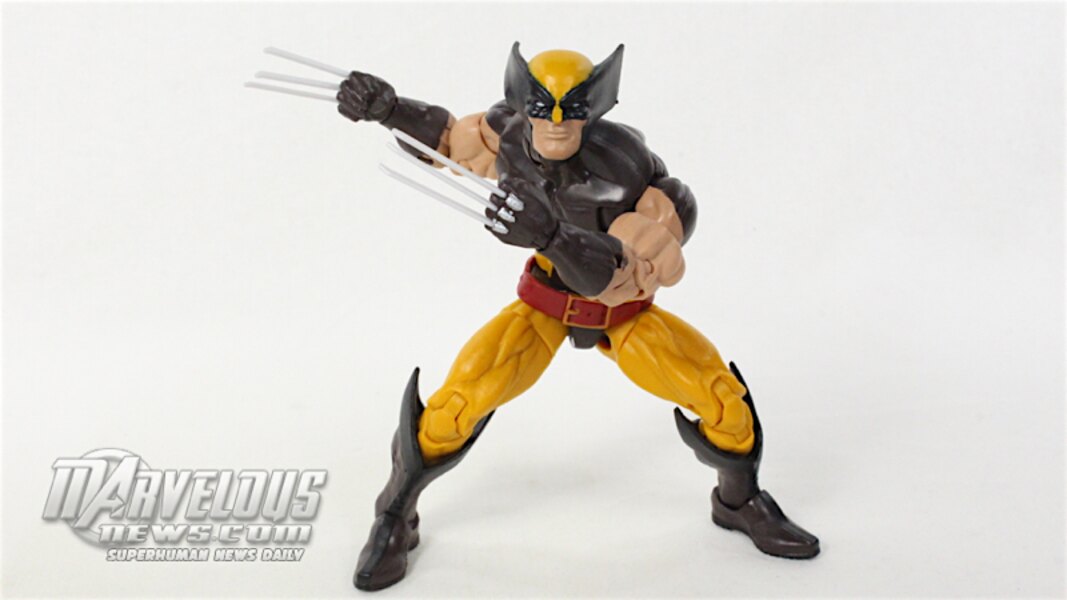 I love this figure. I mean, EYE . . . freaken . . . LOVE this figure!! The Toybiz Series 6 Wolvy has been one of my all-time favorite Marvel Legends, and for Hasbro to out-do themselves by giving us a brand new Wolverine that can actually do things that the Toybiz version couldn't do, just blew my mind: the interchangeable hands, the articulation, the size! I feel like the stature of this "runt" couldn't be better, and having the ability to switch out the claws individually aside from the interchangeable hands is great too! I've taken advantage of the super shiny claws from the SDCC X-Force Wolvy and swapped those on the figure. Magnefique! The overall look of the figure looks awesome to me, and I've just had a lot of fun posing this figure around, and after the review it took the center spot on my X-Men shelf. No regrets there. My eyes usually turn to that Wolverine figure whenever I look at that side of the room.

When I first saw images for this figure, I thought it looked amazing! Once I actually had it in-hand I was very impressed. For a Hot Toy figure that looks this good, it's crazy to me that it's as articulated as it is. The accessories are also a huge deal for me on this figure. Coming up with ideas for taking pics of this thing were just endless. This Hot Toy has probably been in more poses on the Hot Toys shelf than any other Hot Toy. I love picking this figure up at random and it is a surprisingly durable figure. I say surprisingly durable because there was a wrist scuffing issue with mine, and so fair it really hasn't gotten THAT bad. I did use a trick to widen the wrist cuffs, so after that it's been a lot better. What made me decide that this was my absolute favorite figure of the year was that godforsaken "Death of Big Time Let Down Spider-Man" video that I put out a couple months back. I was already exhausted making that video and had written out a fairly short scene for Deadpool to fight BTLD Spidey, but the figure was so fun to play with it kept giving me ideas. It was like the figure was telling me, "Naw dude, you gotta have me do . . ." fill in the blank. I know it sounds crazy (figures talking to me and all), but maybe if you spent as much time with them as I do, they'll speak to you too. What's important here is that this Hot Toy is the one I had spent the most amount of time animating, and it was much more fun/exhausting than I could have imaged. The interchangeable eyes really kicked up a notch for me too.

I can go on rambling how cool I think that Deadpool figure is, or you could go back and watch my review on it. Either way, I hope you enjoyed reading my Top 5 Action Figures of 2016, and I'll catch you guys next year! PEACE!!!
Image 1 of 5