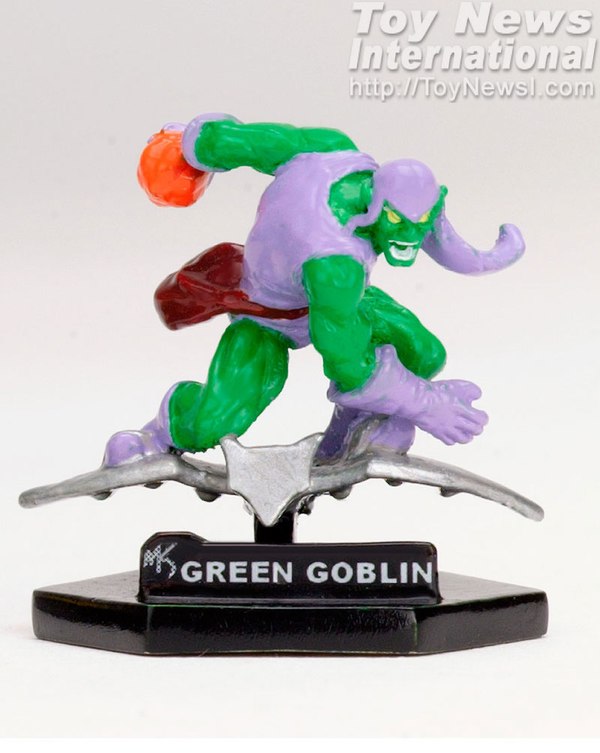 
Rule the Marvel universe this spring with Spider-Man, X-Men and many more superheroes and villains as Playmates Toys introduces Battle Dice. Featuring a wide array of hugely popular Marvel Heroes characters, the patented “pop dice” comic book-inspired game features action figures and the classic fun of throwing dice. Playing the powers of each hero or villain, the players are in command as they create armies and square off against their opponent with an unstoppable team of mini figures.

Marvel Heroes Battle Dice features more than 65 iconic heroes and villains torn from the pages of Marvel Comics such as Spider-Man, the X-Men, Daredevil and the Fantastic Four. With this new expandable and collectible gaming platform, the action figures play an integral role in a player’s battle strength; with varying degrees of rarity, the characters allow for depth, interactivity and unlimited collectability in a classic “war game.” Marvel Heroes

Battle Dice products are now available. Look for Green Goblin to be released later this year.

Mirroring the super-strength of the various comic book characters, Playmates will support the launch of Battle Dice with a mighty marketing campaign including print advertising, comic and gaming convention support, and a comprehensive public relations campaign.

Building on the success of the popular new collectible figure game, Playmates has partnered with the OrganizedPlay Corporation to launch a comprehensive play program for retailers. As part of the program, Playmates will provide Battle Dice tournament support kits to participating retail stores throughout the U.S. to help retailers host tournaments and demonstration events. The retailer’s kit includes special limited edition figures, posters, tournament instructions and guidelines, player ID cards as well as other Battle Dice accessories.