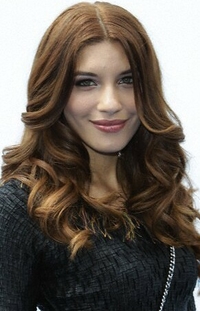 The Walking Dead alum Juliana Harkavy is joining CW's 'Arrow' in a recurring role as Tina Boland, a detective formerly of Central City. Boland is brash yet tactful, tough, speaks her mind, and is not the easiest person to impress.

She also has a major problem and that problem is with vigilantes, such as Green Arrow and his new team of recruits: Wild Dog, Artemis, Curtis Holt and Ragman.

This season of 'Arrow' will start showing Oliver going back to his more violent tendencies, starting with him killing again. Those homicidal urges, along with his training of a new wave of vigilantes to flood the streets, will no doubt be a source of friction between him and Boland.

Harkavy’s character will join in the back half of the season.