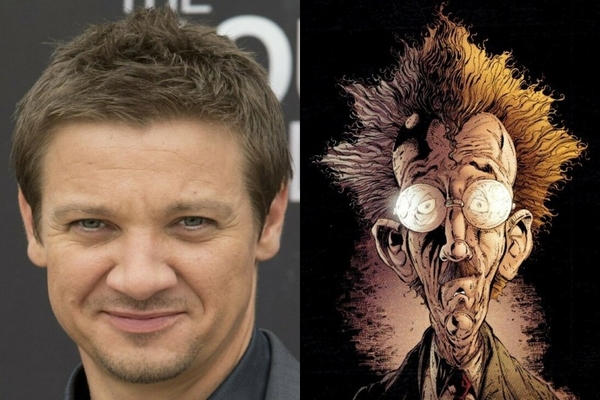 Deadline is reporting that Jeremy Renner will star alongside Jamie Foxx in Spawn, the Blumhouse film that marks the directorial debut of Todd McFarlane from his scripted adaptation of his comic book creation. Renner will be playing the character of Detective 'Twitch' Williams. This unconventional detective is near fearless and compliments Spawn’s demonic powers.

Jason Blum told sources, “Jeremy is the ideal choice for Twitch Williams. He radiates honesty, intelligence and a hard-working, everyman charisma, the same qualities that make Twitch such a compelling character.”

Foxx is set to play the title character, who started out in the comics as Al Simmons, a member of a CIA black ops team who is twice betrayed: after being set up by his cohorts to be murdered with his corpse set aflame, Simmons is then double crossed in Hell. He is convinced to become a Hellspawn warrior in exchange for being able to be reunited with his wife, only to find himself stuck in his demonic creature shell, and that his wife moved on and married his best friend. Spawn turns his rage on street scum and revenge. He realized long ago that he can’t battle the constant evil permeating the globe alone, and must enlist the aid of humans to help him fight the war.

“As a first time director, I wanted to surround myself with the most talent and the most skilled people I can on all fronts,” McFarlane told sources. “I was lucky enough to land Jason Blum and then Jamie Foxx, and I knew the person on screen the most is this police officer, Twitch Williams. We needed as strong a person as possible because he will be the face of the film. I took my naďve Hollywood approach again, and said let’s start at the top and work down. Jeremy was at the top. I’m a huge fan of his. The character doesn’t need to be a bodybuilder or GQ handsome. I was looking for somebody who’s a person you’ve met before; I needed someone who can pull off the grief of an average human being. I’ve seen Jeremy do that in more than a few of his movies. He was at the top of my list, just like Jamie.”

The next step for the project will be to lock a distributor to set the financing on a film that will likely carry a $10 million-$12 million budget, an R rating, and franchise potential.

“Jason and I feel we have a strong package here,” McFarlane said. “Academy Award nominated and Academy Award nominated actor. As a first time director, I guess I’m the weak link, but I think my brand is strong. Hopefully when we go to studios, fairly soon, we’ll get the interest of more than one and we can pick what place will do this project justice, marketing and distributing it. We’re going to go for as close to a green light as we can get, since the development process has already been done. We’re looking for someone to say, ‘yeah cool, we’ll take it.’ It’s a reasonable budget, we’re not asking anyone to stretch. The goal here is a quality project at reasonable price.”