'Beavis And Butt-Head Do The Universe' To Premiere Exclusively On Paramount+ Thursday, June 23rd

Paramount+ today announced that its upcoming original movie BEAVIS AND BUTT-HEAD DO THE UNIVERSE will premiere on the service Thursday, June 23, marking the duo's first on-screen appearance in more than 10 years. The movie will also be available to stream internationally in all territories where the service is available. In addition to the new movie, the full library of over 200 remastered "Beavis and Butt-Head" episodes will stream exclusively on the service, along with a new series coming later this year.

A tale that technically spans two centuries, BEAVIS AND BUTT-HEAD DO THE UNIVERSE promises to sit atop all future lists of the Dumbest Science Fiction Movies Ever Made. The saga begins when Beavis and Butt-Head wind up at a space camp through "creative sentencing" from a juvenile court judge in 1998. Mistaking a docking simulator for something else (huh huh), Beavis and Butt-Head excel at it and are asked to join the space shuttle mission in a PR move. After ruining the mission, they are left for dead in space and end up going through a black hole and reemerging back on Earth in 2022, only to discover a very different world - and find themselves considered Buttholes of Interest by the NSA, the governor of Texas, and a highly intelligent version of themselves from a parallel universe. Also, they almost lose their virginity but don't.

An exclusive look at the new movie will debut during the 2022 MTV Movie & TV Awards, which air live Sunday, June 5, at 8 PM, ET/PT.

BEAVIS AND BUTT-HEAD DO THE UNIVERSE are executive-produced by Mike Judge, Lew Morton and Michael Rotenberg, and Chris Prynoski, Shannon Prynoski, Ben Kalina, and Antonio Canobbio for Titmouse.
Image 1 of 4 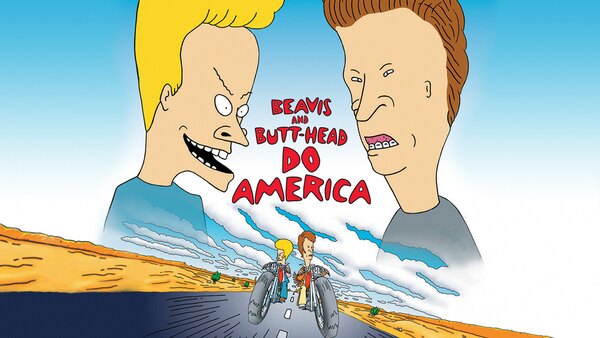 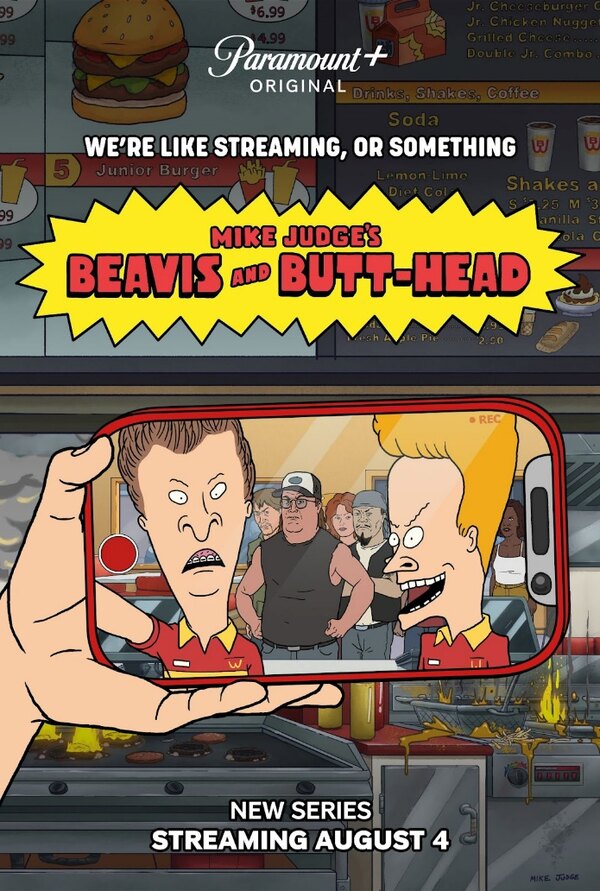 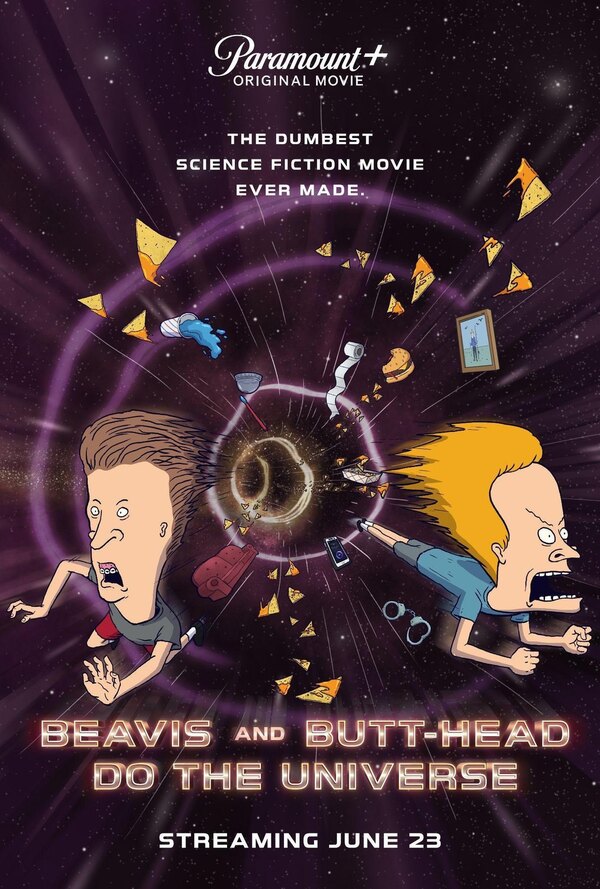 Beavis and Butt-Head are easily my favorite adult show from my childhood and it was my part of my childhood. I'm really excited about any project about them as long as it's done by Mike Judge.