2008 Toy Fair
by Jay Cochran
February 17, 2008
Hasbro, Inc. brings to market the figure of one of the most tightly held secrets in recent Hollywood history: the “Cloverfield” Monster. Following the 1-18-08 theatrical release of Paramount Pictures and Bad Robot’s “Cloverfield,” fans will be able to order a highly detailed representation of the beast beginning today exclusively on www.hasbrotoyshop.com.

Standing at an imposing 14 inches tall, the creature that wreaks havoc on New York City in the film is immortalized as a super-articulated figure for fans and collectors alike. As with other beasts in the annals of great movie monsters, the creature in “Cloverfield” captures the imagination and tugs at the fears of thrill seeking moviegoers.

The party may be over when this beast comes to town, but the fright inducing look of the creature lives on from the creepy people-sucking underbelly to the swath of parasites the beast lets loose to hunt citizens of the ‘Big Apple.’ The figure also comes with two interchangeable heads, each depicting one of the Monster’s moods: calm or agitated. The head of the Statue of Liberty, the iconic image which made the film’s much buzzed about and analyzed trailer so eerie and intriguing, is also included.

“Hasbro is very excited to be working with Paramount and Bad Robot to bring to market a piece of the film for fans and collectors,” said Brian Goldner, COO of Hasbro, Inc. “The fan buzz on this film has been terrific and we are happy to take part in the excitement.”

The “Cloverfield” Monster from Hasbro is available now for pre-sale at www.hasbrotoyshop.com for an approximate retail price of $99.99.
Image 1 of 3 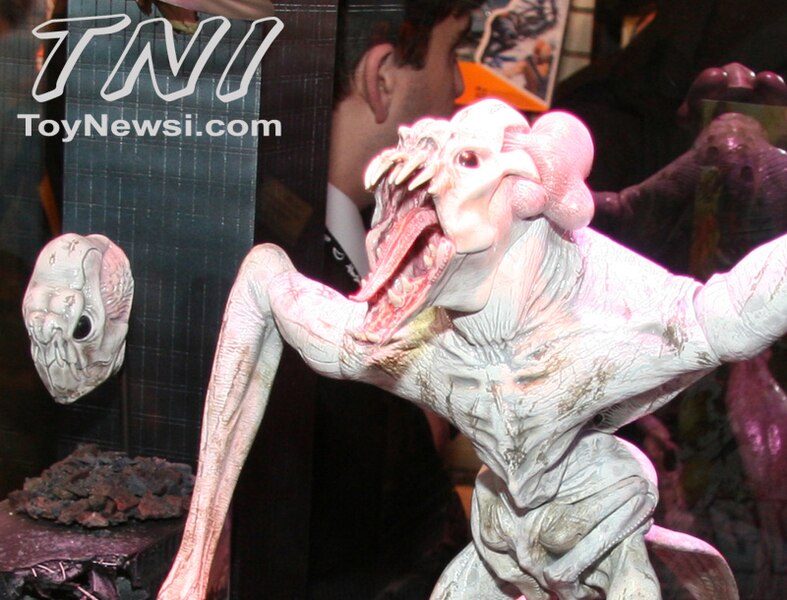 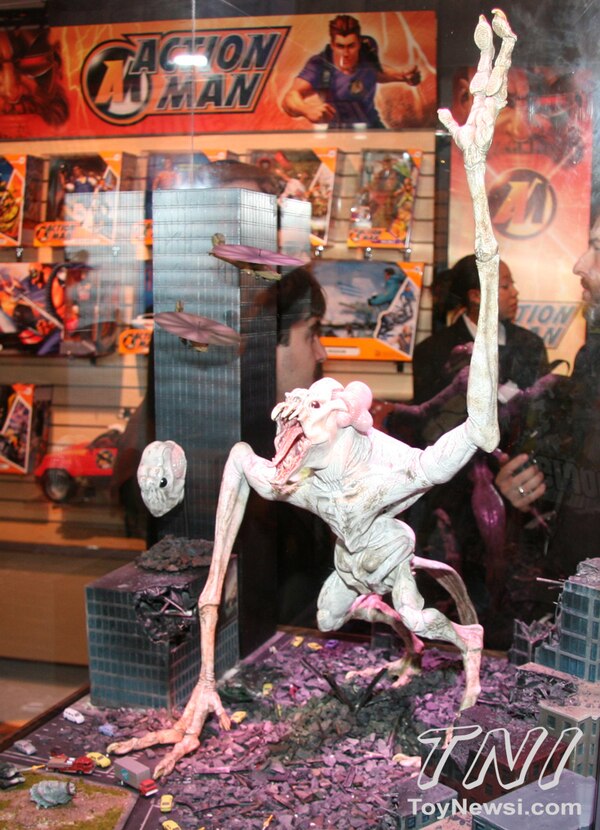 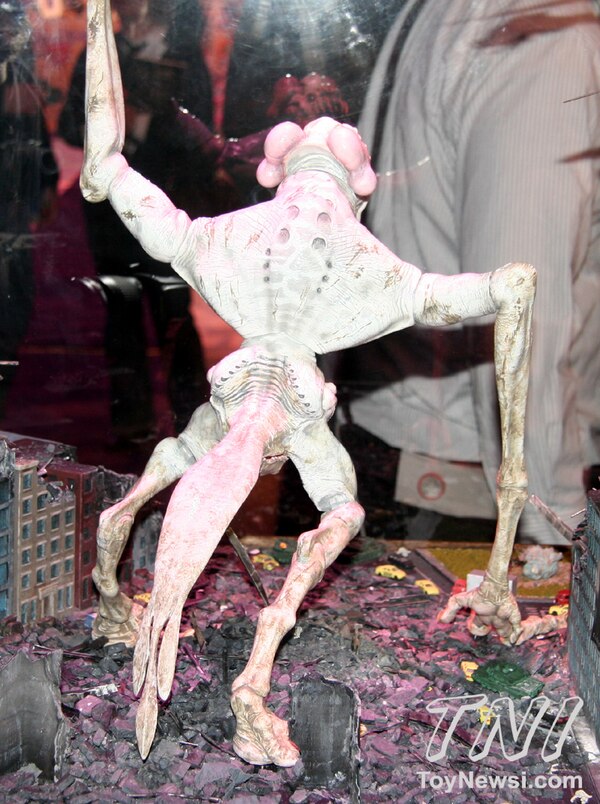 Found The Cloverfield Mons on Ebay